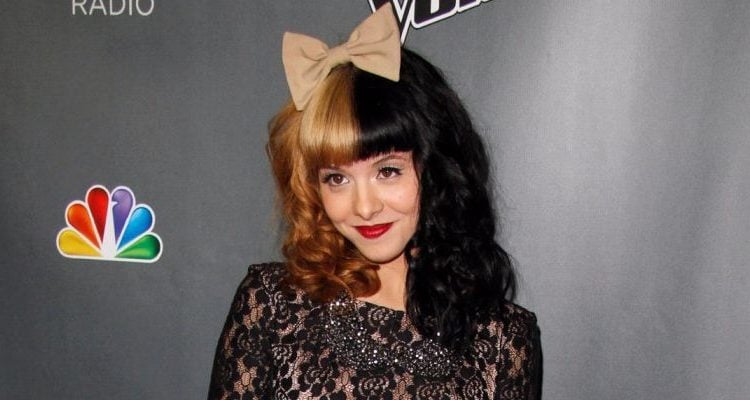 Timothy Heller, a Los Angeles-based musician, accused her former friend of rape, via Twitter on December 4.

“I have kept this secret for years, convincing myself that it wasn’t a big deal and I wasn’t hurt by it,” wrote Heller, who is an aspiring musician.

Heller continued, “The thought of accepting that my best friend raped me seems insane. Even typing that doesn’t feel real to me. … It’s hard to say someone you loved raped you. Someone you STILL love. … I can honestly say she let me down completely. During the most difficult time in my life, my rock bottom. Her power and control over me grew and grew. And I was silenced. [sic]”

There r all for sale on my depop @timothyheller for #cybermonday FYI!!!! @depop @depop.community @vintagedepop

In a tweet attached to her story, Heller wrote, “When I wrote this story about my assault, I initially wasn’t going to make the abuser. But I think it’s important for you all to know this is about Melanie Martinez. [sic]”

“I never said yes. I said no, repeatedly,” she wrote. “But she used her power over me, and broke me down. … Girls can rape girls. Best friends can rape best friends. Friendship does not equal consent.”

Martinez was raised in New York and is best known for being on Adam Levine’s team on season 3 of The Voice in 2012.

If you don't like pop surrealism you probably won't like me. If you can't understand that visual art has a deeper meaning and you only look at it for face value you probably won't get my work. If you can't understand that crybaby is a character, that the first record is representative of her childhood, and If you sexualize female pop artists on the daily you'll say I "sexualize babies." If you can't understand why someone would bring up mental health, growing pains from childhood to adolescence , family issues, and other uncomfortable topics we never hear about in pop music, you will probably just throw my music and art away as something that "glamorizes mental health issues" even though most of the people that resonate with my work Deal with these things on a day to day and someone needs to be there for them. So here I am. If you have issues with my music and art and judge it so harshly to the point of making up your own reason as to what my intentions where when making it, you should just stop watching it. Because quite frankly, you. Just. Don't. Get. It.

In the wake of the sexual assault allegation, Martinez denied the claims made against her by her former friend.

“I am horrified and saddened by the statements and story told tonight by Timothy Heller,” Martinez said in a statement on her Twitter account on Tuesday, December 5.

Martinez continued, “What she and I shared was a close friendship for a period of time. We came into each other’s lives as we were both starting our careers as artists, and we tried to help each other. We both had pain in dealing with our individual demons and the new paths we were forging, but I truly felt we were trying to lift each other up. She never said no to what we chose to do together. And although we parted ways, I am sending her love and light always.”

If there’s one thing this year has been known for, it’s the number of sexual abuse claims that have been made so far. It started with disgraced movie mogul Harvey Weinstein, but it didn’t end there.

Many people have spoken out, and the issue has started polarizing debates about consent and blame. And, many have taken to Martinez’s Instagram account to either support or condemn her.

One comment said, “she basically admitted to it [sic]”