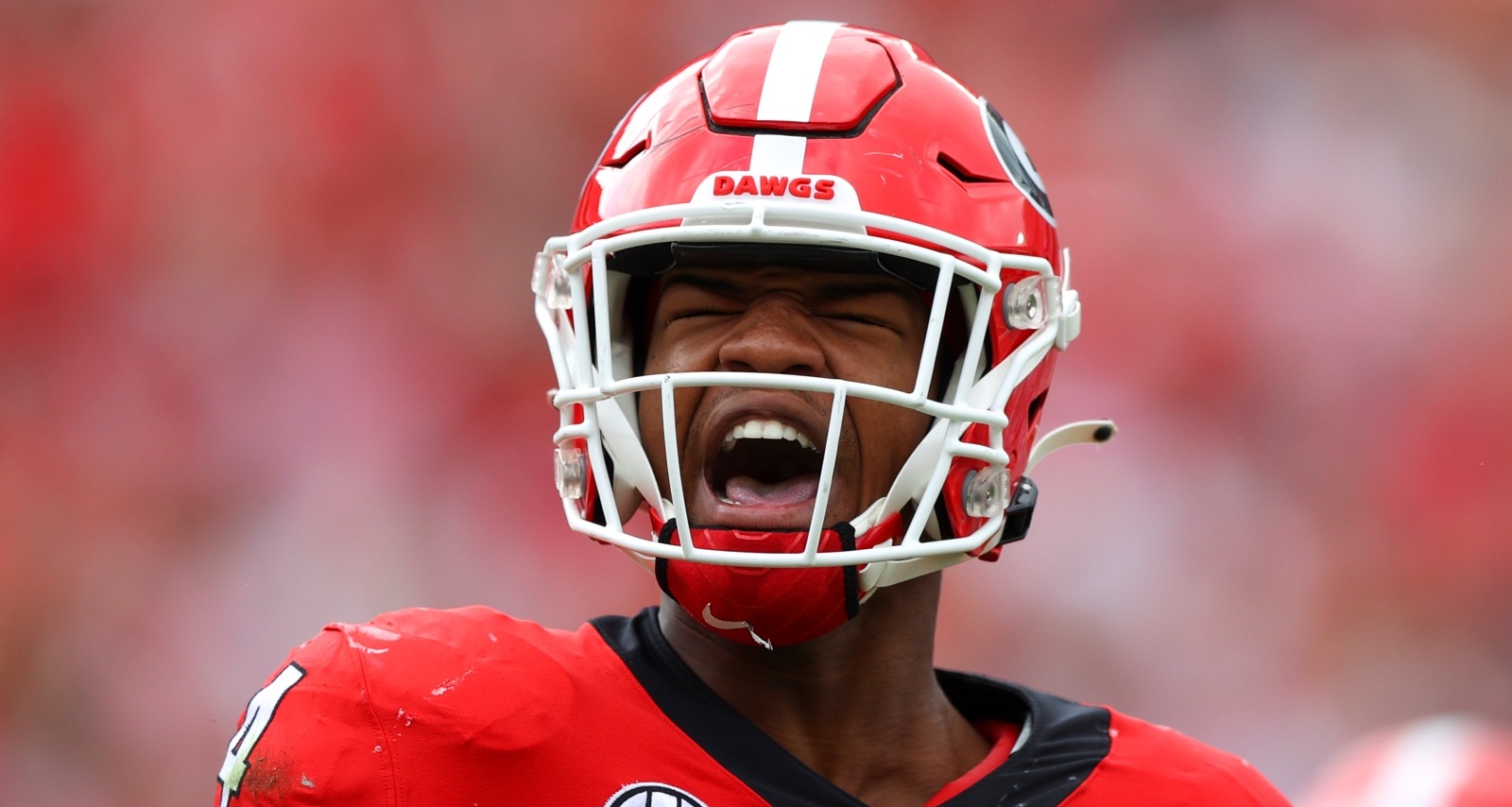 Nolan Smith #4 of the Georgia Bulldogs reacts in the first half against the Arkansas Razorbacks at Sanford Stadium on October 2, 2021 in Athens, Georgia. (Photo by Todd Kirkland/Getty Images)

Nolan Smith II from the Georgia Bulldogs is a strong prospect for the NFL draft. And with his outstanding performance this season, the attention is also on the linebacker’s personal life. Georgia fans especially want to know who Nolan Smith Jr.’s girlfriend is. Aubrey Deitch has been by his side for most of his collegiate career, and she might become an NFL WAG soon. Before this young couple advances to national fame, get the early scoop on Nolan Smith’s other half in this Aubrey Deitch wiki.

Aubrey Deitch was born on July 10, 1999, and hails from Florida. She is one of two children born to Bambi Deitch.

Her mother, Bambi, is a dietitian in Saint Augustine, Florida. Her brother, Bailey Deitch, is an alum of Florida State University.

Aubrey Deitch attended the University of Georgia from 2017 to 2021. She received her bachelor’s degree in biology last year.

A dancer, she performed with Showtime USA from 2008 to 2017. Currently, she is based in Georgia where she is a patient care technician at Piedmont Athens Regional.

Nolan Smith II also hails from Florida where he grew up in Bradenton and initially played football at IMG Academy. He also played at Calvary Day School in Savannah, Georgia.

He’s been the linebacker for the University of Georgia Bulldogs since 2019. He’s been dating fellow UGA student, Aubrey Deitch, since then, and they are still going strong.