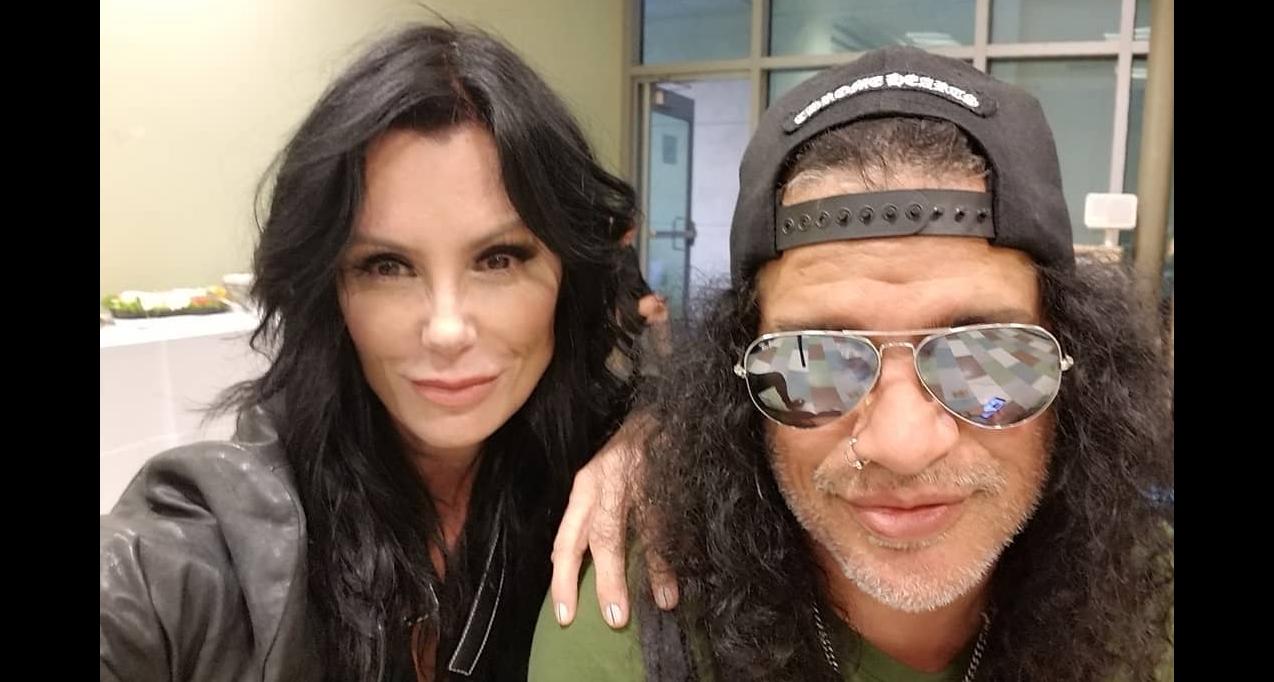 Meegan Hodges dated Slash in the early 1990s when he was the lead guitarist of the famous hard rock band, Guns N’ Roses. She reconnected with him after more than two decades and is now his girlfriend once again. During their time apart, Hodges married musician Mark Knight with whom she has two daughters. She is being blamed as the “other woman” who interrupted Slash’s divorce proceedings from his estranged wife, Perla Ferrar. Hodges is not concerned and has Slash’s full support.

These are both good times and bad times for Slash. The former lead guitarist of hard rock bands like Guns N’ Roses and Velvet Revolver is trying to get his personal life in order.

The bad news is that his ongoing divorce from Perla Ferrar keeps hitting road bumps along the way and is getting delayed. Meanwhile, the good news is that Slash is finding comfort in the arms of his girlfriend, Meegan Hodges.

Even though his real name is Saul Hudson, he prefers to be known by his professional name, Slash. He is currently working on a new album with Myles Kennedy & the Conspirators, but some personal issues keep getting in the way.

Slash submitted documents to a Los Angeles court denying claims made by Ferrar that he was hiding his income from her.

Ferrar also alleged that Slash’s current girlfriend, Meegan Hodges, is the person behind an account who’s posting harassing comments against her and her children.

Slash stated that his children weren’t targeted on the account and that numerous posts came from Ferrar’s own account.

The musician also told the court that he would investigate the matter only if Ferrar granted him the divorce under the terms that they had previously agreed on.

Now, many want to know more about this “other woman” who made Ferrar so bitter. So, here are some facts about Meegan Hodges.

Who Is Meegan Hodges?

Meegan Hodges’ age is 49, and according to reports, she is Slash’s girlfriend. The couple has a history together and go back a long way.

Hodges and Slash were in a relationship a long time ago. 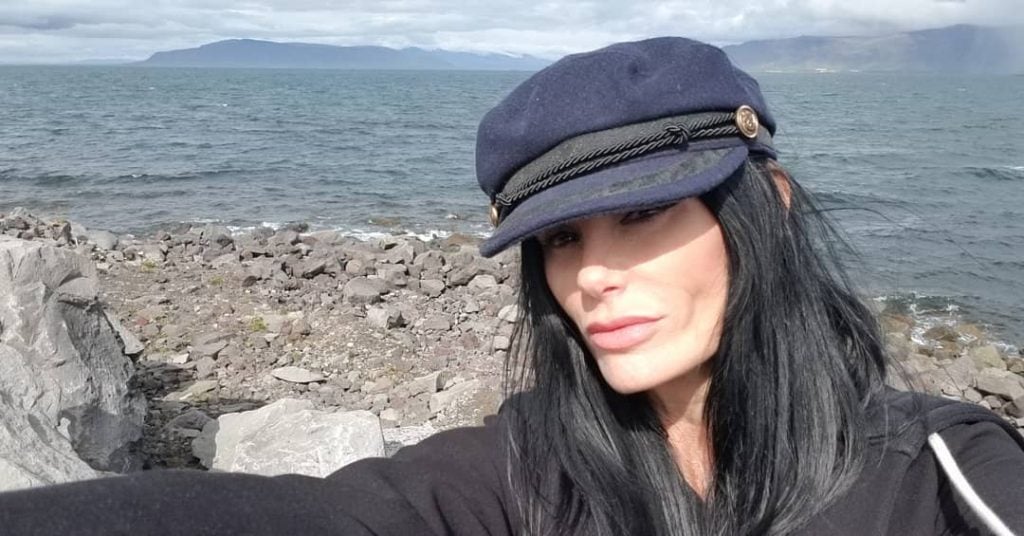 They Had a Romance Ages Ago

Rose and Everly were married in the early 1990s, and that was the time Hodges dated Slash. But Hodges later went on to marry musician Mark Knight, the founder of the rock band, Bang Tango.

Hodges and Knight have two teenage daughters together. It’s not yet clear if Hodges is still married to Knight or not, but she sure has been painting the town red with Slash of late.

Hodges Vacationed with Slash and Her Daughters

Slash and Hodges have been seen many times all over Los Angeles in the last few years and have been living together since January 2015.

Hodges stays with Slash at his home in San Fernando Valley, Los Angeles. The 9,400-square-foot mansion was purchased for $6.25 million in December 2017 and boasts six-bedrooms and 10 bathrooms.

The couple has also taken trips together with Slash’s sons, London and Cash, like the time they went to Disneyland in Anaheim, California. 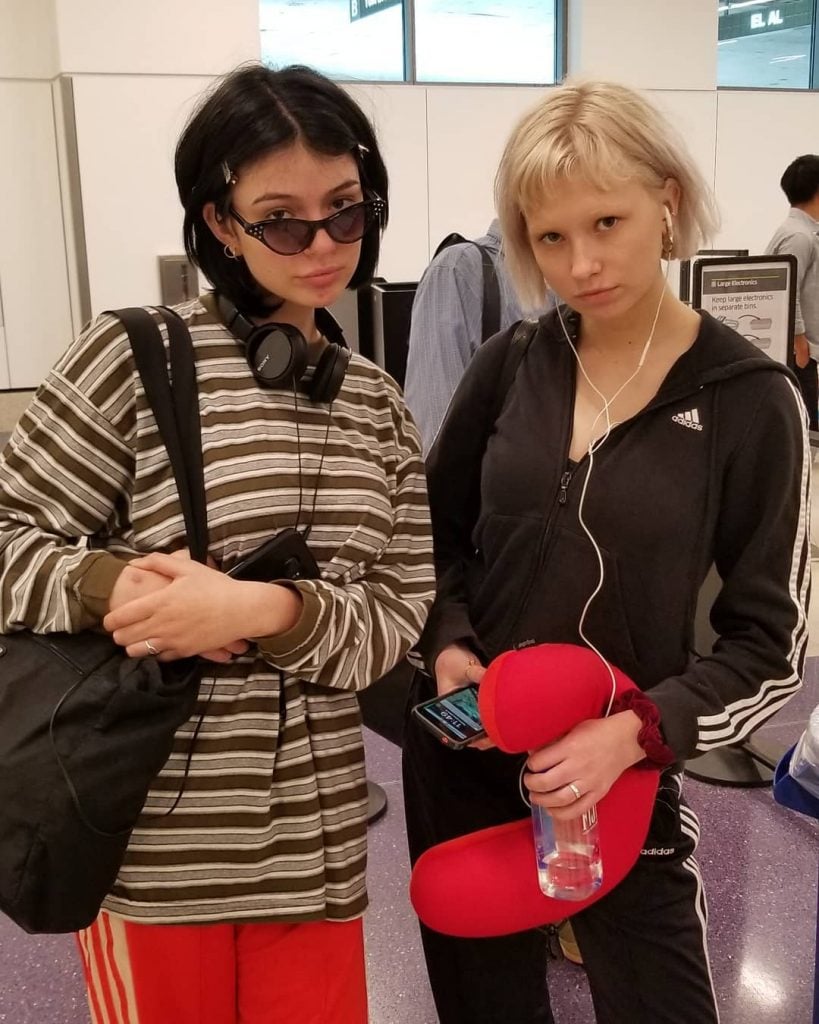 Slash has tried to be fair and has taken fun trips with Hodges and her two daughters, Scarlet Knight and Lucy-Bleu Knight, and as well.

Lucy-Bleu is a special FX makeup artist and painter and some people feel that she looks like a young Audrey Hepburn.

Meegan Hodges’ Instagram account is full of pictures of Slash playing guitar on stage, Hodges’ daughters, stills and cartoons from famous horror movies, pictures and sketches of renowned cinema villains like Count Dracula, and a few quotes as well.

There are also pictures of famous singers like Robert Plant and Aretha Franklin and stills from movies like Blues Brothers and Frankenstein. Of course, there are a few pics of Hodges cuddling up with Slash as well.

While Perla Ferrar is blaming Meegan Hodges for the mess her life is in, Hodges is coolly spending as much time as possible with Slash and helping him focus on his music. After all, she’s known him for years.