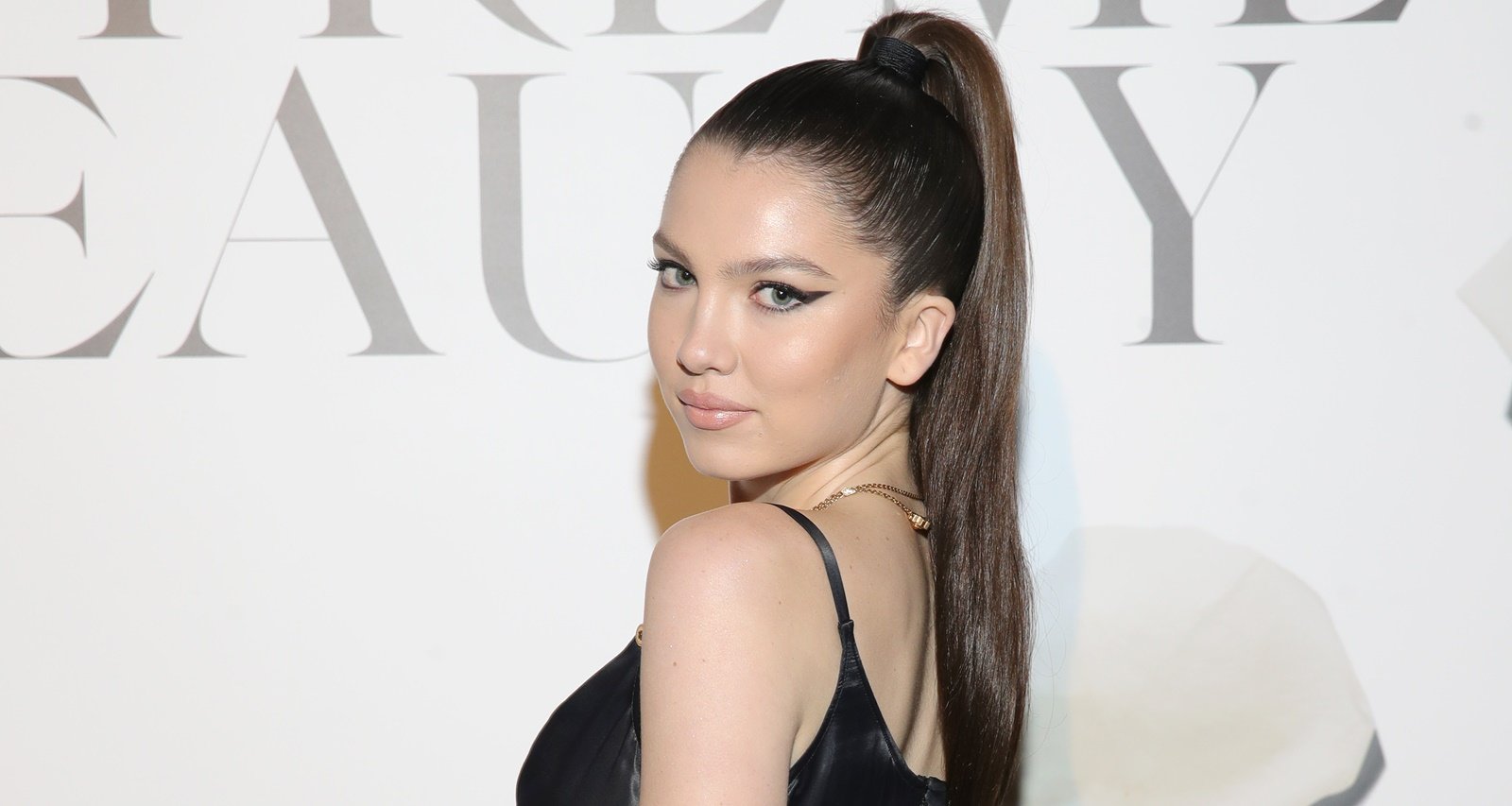 One Direction singer Liam Payne has been off the market for a few weeks now, and he’s finally made his new relationship red carpet official. Payne and his current girlfriend, Maya Henry, walked the red carpet together for the first time at the ESCADA x RITA ORA capsule launch event during Paris Fashion Week on September 29. The gorgeous Maya Henry is living a 1D fan’s dream, and she’s not exactly new to it. Henry has a way of making her dreams come true, as was obvious by her extravagant quinceañera that went viral a few years ago. If you don’t recall this viral birthday girl, our Maya Henry wiki will refresh your memory.

Maya Henry was born on February 12, 2001 to Azteca and Thomas Henry. Maya and her brother, Thomas Jr., grew up in a blended Mexican-American family in San Antonio, Texas.

Her father, German-born Thomas Henry, is a famous trial attorney in Texas and the family is pretty prominent in San Antonio. We got a peek into this millionaire family’s dynamics thanks to their YouTube reality series, Hangin’ with Los Henrys.

The show, which premiered on YouTube in 2017, saw Maya and her parents, brother, and grandmother live the lavish South Texas life.

From Maya’s mega quinceañera, we can tell that this family knows how to throw a party. On their reality show, they outdid themselves with grand birthday bashes for Thomas Sr. and Jr., as well as creating a spectacle for the holidays.

The Henrys never do a low-key party. So when a then-15-year-old Maya was planning a quinceañera in 2016, its scale and grandeur made her a viral media sensation overnight.

Do you know who this is ?

The decadent party was held at a 55,000-sq.-ft., purpose-built venue in San Antonio that hosted around 600 guests. The place was decorated with walls of roses, fountains, fake peacocks, cherry blossoms, and pretty butterflies suspended from the ceiling.

As for the star of this party, Maya donned two outfits designer Rolando Santana created especially for her. Kardashian makeup guru Patrick Ta made sure she looked as glam as the party decor.

Nick Jonas and Pitbull performed at the party planned by a team of 150 event planners. And capturing the special day in the teen’s life was photographer Donna Newman, who had previously snapped pictures of former First Lady Michelle Obama.

Thomas and Azteca wanted to organize a night that their daughter would never forget, and they sure succeeded. It cost them a whopping $6.0 million, too.

A star-studded party is nothing new for the Henrys, who are often photographed with celebrities. Then a rising Instagram star, Maya had taken a few pictures with famous personalities like Katy Perry and Hillary Clinton (who Maya actively supported during the presidential elections).

She also hung out with One Direction—you know, before they were Separate Directions (no pun intended)—including her now-boyfriend, Liam Payne.

All smiles over here 😆💞

Having achieved viral fame, Maya is now following her other dream of strutting down the runway. Before she starts college to become a human rights/ personal injury lawyer, the teen plans to live the life of an international model.

Signed with Elite Model Management, Henry walked in her first couture fashion show for Paris Fashion Week in July 2019. She’s graced the covers of the Romanian edition of Elle and the French magazine L’Officiel Latvia and appeared in Vogue Arabia and Vogue Beauty UA.

Henry is also a favorite of the D&G family, having walked for the luxe brand a total of five times in her career. She also opened the Dolce & Gabbana Alta Moda Alta Sartoria show in Mexico City last year.

Besides that, she’s also done ad campaigns with Burberry and Bulgar. While her career takes her globetrotting, Maya now lives in L.A. with her brother, and their parents visit them often.

She’s also getting a headstart in the acting industry, with her recent role in the short film Carte Blanche alongside Dylan Sprouse. She also featured in Lil Nas X and Billy Ray Cyrus’ hit music video for “Old Town Road.”

Henry Is an Active Philanthropist

Inspired by her parents who run and support charities, Henry established Maya’s Corner, her own charity, in 2008 when she was only seven years old. One of the many causes Maya’s Corner supports is organizing school supplies giveaways for Texas youth.

I am very happy that I was able to raise $100k for Tree Media Foundation. They are a non profit organization that supports education and programs in environmental sustainability. Currently they are working on a series of short films about the plight of pollinators and how we as people can come together and help keep them alive. I am happy to announce that I will be continuing work with Tree Media to help educate and bring awareness to the pollination problem. 🌸🐝💕

Even as she balances her jet-setting career with her studies, Henry hasn’t forgotten about her organization. It still conducts giveaways and Maya hopes to expand it overseas in the future.