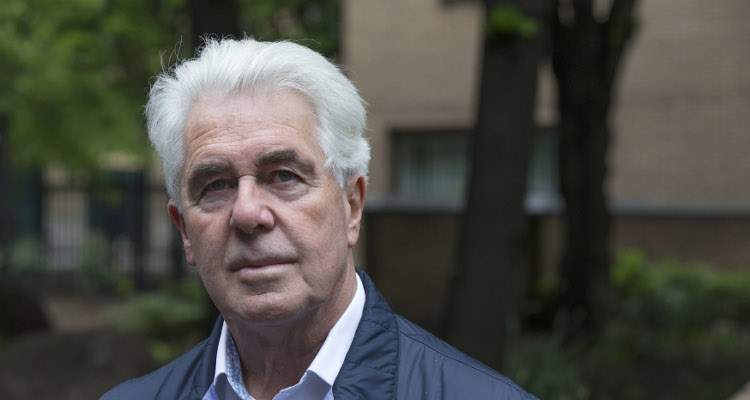 Max Clifford was the man to go to when people wanted an image makeover or a way to conceal their dirty secrets. He advised and helped them devise strategies to protect them from bad publicity. But one day, he came under the scanner for sexually assaulting girls aged 15 to 19. Clifford was sentenced to eight years in prison and was serving time when he unexpectedly passed away after collapsing in his cell.

Max Clifford always knew how to keep his clients out of trouble, but he couldn’t seem to find a way to keep himself out of it. He was found guilty of eight counts of indecent assault on four girls between the ages of 15 and 19, in March 2014. On May 2, 2014, Clifford was sentenced to eight years in prison.

He was serving his sentence at HM Prison in Littlehey when he died on Sunday, December 10, 2017. Max Clifford’s cause of death was reportedly due to a heart attack, which he suffered on December 8, 2017 while already in the hospital, after reportedly collapsing in his prison cell the previous day while cleaning.

Thanks to his career as a publicist and the notoriety of his crimes, there is a lot of interest in his life and death, so we have some details from Max Clifford’s wiki.

Who Was Max Clifford?

Born on April 6, 1943, in Kingston upon Thames, Surrey, England, to Lilian Boffee and Frank Clifford, Max Clifford’s age was 74 when he died. His father was an electrician who was prone to regular bouts of unemployment, gambling, and alcoholism, because of which Clifford grew up with the support of his grandmother and elder sister. He dropped out of school at the age of 15 with no qualifications, but had dreams of becoming a journalist. Clifford worked for publications like the Eagle and the South London Press before finding a job as a publicist in the EMI press office in 1962. Clifford later claimed that he was then given the job of promoting then-relatively unknown British pop band, The Beatles.

Starting His Own Outfit

He then worked in Chris Hutchins’ PR agency for a while, where he handled clients like Paul and Barry Ryan. In 1970, Clifford (then just 27 years old) took the daring step to open his own agency, Max Clifford Associates. He soon signed up an impressive roster of clients like Frank Sinatra, Joe Cocker, Don Partridge, Marvin Gaye, and later Muhammad Ali and Marlon Brando! In later years, Clifford became controversial for representing clients who were convicted or accused of crimes and for working with people who were wishing to sell “kiss-and-tell” stories to tabloid newspapers.

Clifford also helped some of his clients keep their sexual orientation concealed from the public. In the late 2000s, he claimed to have represented footballers who were either gay or bisexual, and advised them to remain in the closet because the environment then was homophobic, or uneasy about open homosexuality. He also made several attempts to bring down British governments because he claimed that he could not tolerate hypocrisy in public life.

Max Clifford dead: Jailed publicist passes away aged 74 after suffering heart attack | Celebrity News | Showbiz & TV [ad_1] The disgraced former celebrity publicist collapsed at Littlehey Prison in Cambridgeshire where he was serving an eight-year sentence for historic sex offences.Clifford's daughter Louise, 46, previously told the Mail on Sunday that he was "in a bad way" in hospital.She revealed that he had fallen whilst cleaning his cell on Thursday and collasped again the following day."It was just too much," she said. "Next day he collapsed again and was unconscious for several minutes – though he doesn't know how long."He was seen by a nurse, who insisted he must be transferred to a local hospital."Louise explained that her father had then suffered a cardiac arrest in hospital.Clifford previously had a heart attack in August.His health is believed to have deteriorated while in prison.The PR guru once represented the likes of Muhammad Ali and Simon Cowell. In 2012 Clifford was arrested by the Metropolitan Police on suspicion of sexual offences as part of Operation Yewtree.He was later found guilty of eight counts of indecent assault on four females aged between 14 and 19. [ad_2] Source link https://mickleach.com/max-clifford-dead-jailed-publicist-passes-away-aged-74-after-suffering-heart-attack-celebrity-news-showbiz-tv/

Clifford married twice in his life but lost both of wives to illness and divorce, respectively. Max Clifford’s first wife was Elizabeth Louise Porter whom he married on June 3, 1967, but she died of lung cancer on April 8, 2003, in Sutton, London. He married a second time on April 4, 2010, and to his former PA, Jo Westwood. However, she ended their marriage in May 2014. Clifford prided himself in taking care of his clients no matter what they did. He even seemed to get away with it for a long time until the long arm of the law caught up with him for his own crimes. Now, with his death on December 10, 2017, a sordid chapter in public relations and celebrity management has come to a close.