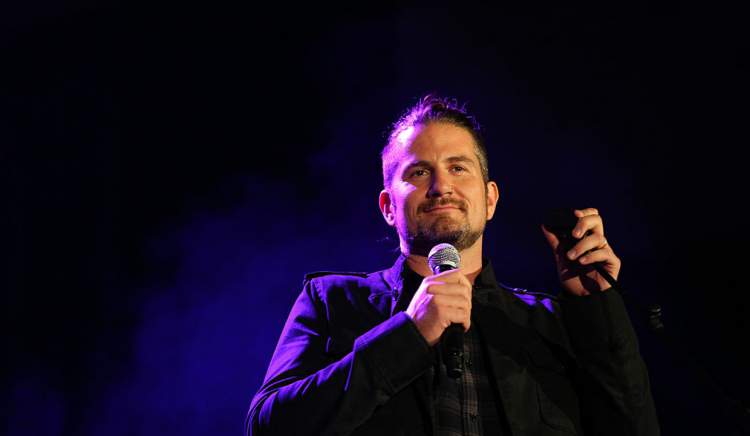 Matt Nathanson started making music back in the early ’90s when he was still in college, and is an accomplished and well-respected musician today. He released several highly regarded albums, and his songs can be heard on many popular TV shows. He will be touring across America in the second half of 2018 and early 2019. Like fine wine, Matt Nathanson is only getting better with age.

Singer-songwriter Matt Nathanson is really excited about his upcoming show on March 23, 2018, at the Beacon Theater in New York City. The show is part of a benefit concert for the Garden of Dreams Foundation, and all proceeds will go straight to a non-profit charity that works with the Madison Square Garden Company to help children affiliated with their partnered organizations.

Nathanson said, “It’s pretty great. I was thrilled when they asked me to do it.” He called the iconic Beacon Theater his “favorite venue in New York,” adding, “It’s an incredible theater, where you feel super-connected to everybody in the audience. I am looking forward to it.”

Also excited are his fans who haven’t stopped listening to his music since he put out his first album, Please in 1993. Most of the songs on his debut album were written by Nathanson when he was in high school, as a freshman at Pitzer College in Claremont, California.

A Clutch of High Quality Albums

Over the years, Nathanson released several highly acclaimed albums like Ernst, Not Colored Too Perfect, Still Waiting for Spring, Beneath These Fireworks, Some Mad Hope, Modern Love, Last of the Great Pretenders, and Show Me Your Fangs.

Nathanson’s music is a fine blend of folk and rock music, and he plays both the acoustic and electric guitar besides singing. He has pursued a solo career and also has been part of a band.

His songs have been used in many TV shows such as Scrubs, Tarzan, Joan of Arcadia, One Tree Hill, Men in Trees, Private Practice, CSI, 90210, Melrose Place, Vampire Diaries, and American Idol. Nathanson has also covered many songs, including “Laid” by Manchester band James, “Starfish & Coffee” by Prince, and “The Wind” by Cat Stevens.

Also Read: Why Did Simon and Garfunkel Break Up? The Bridge Over Troubled Water Finally Breaks Down!

Giving It His All

Nathanson’s fans really look forward to his tours. He never fails to disappoint, and recently announced details for his next nationwide tour. Matt Nathanson’s 2018-2019 tour will feature 37 concerts in all. The first is scheduled for July 24, 2018, at Fraze Pavilion, Kettering, Ohio, with his final performance being on February 6, 2019, in Tampa, Florida.

Sounding as Fresh as Ever

THIS GUY aka @mattnathanson is going on tour this summer w/ OAR! And there are East Coast dates. Woohoo! Who can resist him and @bettygoo? Not me! #mattnathanson #aarontap #bffs #showmeyourfangs #theworlddontspeakforus #raleigh

Matt Nathanson’s fans will have a great opportunity to see and interact with the singer. He is just 44 years old and still sounds as fresh today as he did when he made his debut in the early ’90s. He continuously reinvents himself to deliver songs and albums that grow on listeners of all ages. With his passion, dedication, and talent, Matt Nathanson will certainly bring joy to fans for years to come.