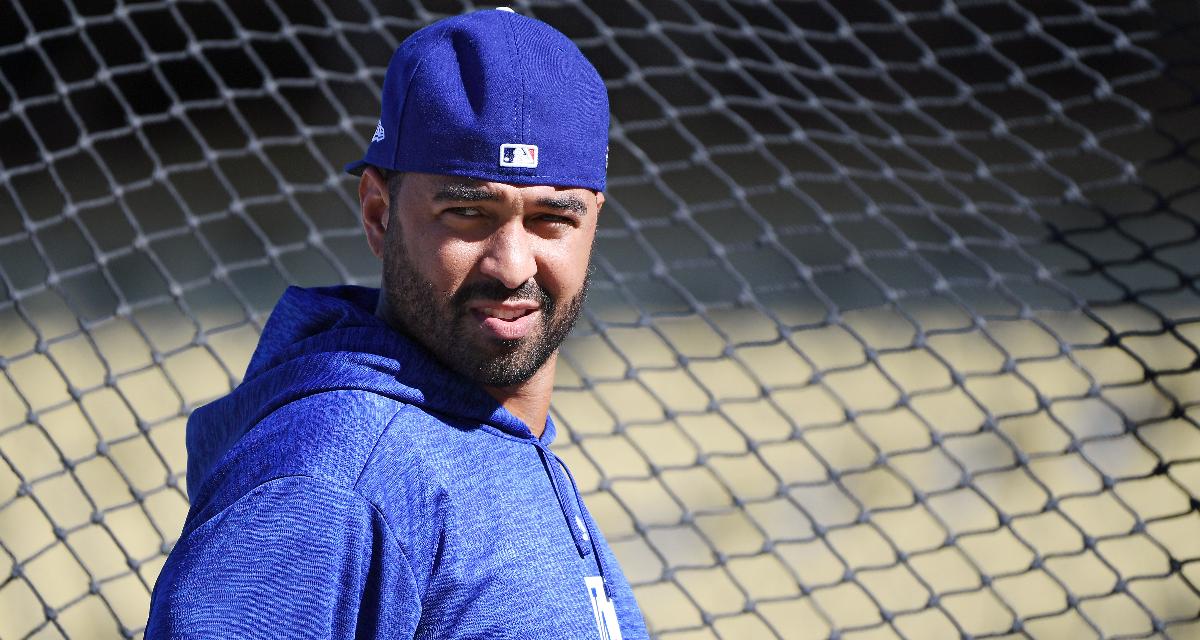 Matt Kemp #27 of the Los Angeles Dodgers looks on during batting practice prior to Game One of the National League Division Series (Photo: Harry How/Getty Images)

It’s not often that MLB stars date some of the biggest names in Hollywood, like Jennifer Lopez’s current beau, Alex Rodriguez. But the L.A. Dodgers’ Matt Kemp comes pretty close. Kemp’s had some famous romances and alleged relationships with high-profile women such as Rihanna and Khloe Kardashian. As Matt Kemp aims for the 2018 MLB World Series title, there’s no news on if he’s dating anyone at the moment. And perhaps that’s not bad. His relationships didn’t always sit well with baseball fans. We’ve got Matt Kemp’s dating history to explain why.

Matt Kemp’s love life hasn’t made headlines since 2013. But when he arrived at the 2018 Los Angeles Dodgers Foundation Blue Diamond Gala at the Dodger Stadium with the stunning model, Amber Alvarez, the rumor mill went into overdrive.

Basketball fans are familiar with Alvarez, who had a long on-and-off relationship with the Dallas Mavericks’ Deandre Jordan. Alvarez and Jordan were quite private about their relationship, but there were periods of time when they weren’t seen together—fueling speculation of a breakup.

Jordan has a son with another woman named Ashley Rose White, and it’s alleged that they hooked up while he was still with Alvarez.

With Alvarez and Kemp attending the Blue Diamond Gala together, it seemed that she was no longer dating Jordan. But she and Kemp weren’t spotted together again, leading everyone to believe they were at the event just as friends and there’s nothing romantic between them.

Shortly after she filed for divorce from former L.A. Laker Lamar Odom, Khloe Kardashian was romantically linked to Kemp. The outfielder and the reality star were spotted working out together in the gym.

It was speculated they were more than just gym buddies after they were spotted at concerts together. The speculation only escalated when Kemp posted a picture on his Instagram revealing he spent Christmas at Kris Jenner’s home.

Best time of the year!! It's gonna b a Cali Christmas this year.

His fans didn’t take too kindly to the alleged romance. He had spent the better part of the 2012 and 2013 seasons on the disabled list, owing to repeated injuries. His fans felt he wouldn’t focus on his game if he dated Khloe. (Not that it’s anyone’s business telling Kemp who he should date.)

But the backlash against Khloe was unwarranted. Sources close to the Kardashian confirmed that Khloe was not dating Kemp or anyone else at the time. Kemp’s side also said that the rumors were baseless.

Also Check: 9 of the Hottest Pics of Khloe Kardashian

Rihanna: Celebrity Romance of the Year

Matt Kemp went from a burgeoning sports star to a tabloid favorite in 2010, when he dated the Barbadian beauty, Rihanna. They were allegedly together since December 2009, but Kemp confirmed their relationship in May 2010. 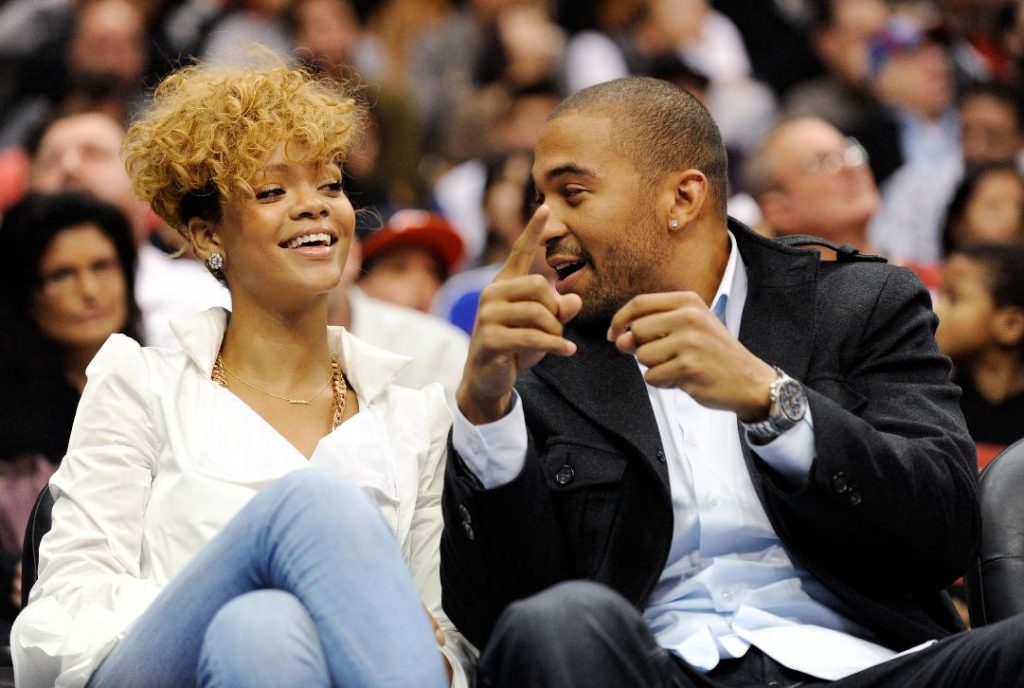 “Yeah! That’s my girl!” he told Us Weekly. “She’s definitely a great person in my life, and I’m happy I’m with her,” Kemp said about Rihanna.

With the good came the bad. The attention on Matt resulted in his past being dug up, including a reported restraining order against him by an ex-girlfriend. Added to it, Kemp made repeated mistakes during games, with many baseball fans blaming Rihanna for his declining performance.

Their relationship didn’t last long, though. The long-distance nature of their love affair, due to Rihanna’s busy tour schedule, led to its demise in 2011.

After their breakup, Kemp battled injuries. But he has since turned his game around and is now playing his first World Series in his 14-year career.

Zena Foster is a model and hip-hop dancer who once danced backup for Christina Aguilera. She has an acting career on the side with movies like Prom Night.

Foster is mother to a daughter and son with R&B singer, Tank. They had been together for 10 years before getting engaged in 2017.

But before she got together with Tank, Foster was reportedly dating Kemp. The rumors were apparently concocted by a fake report that claimed Foster was Kemp’s date to the 2009 ESPY Awards, where he supposedly fell and pulled Foster’s top along the way.

That report was made up and there’s no confirmation whether Kemp and Foster truly dated.

Felisha Terrell, who now plays Carlita on the USA drama Shooter, was the alleged ex-girlfriend who filed a restraining order against Matt. Terrell claimed Kemp stalked and verbally abused her after their breakup.

In the court documents, she also accused Kemp of using drugs. There were allegations of domestic violence in their relationship, which came to light while Kemp was with Rihanna.

But Kemp said that the restraining order was filed on false pretenses. “It was a false thing, it wasn’t true, and it got dropped. I have never tried to harm anybody in my life, especially a woman.”

Kemp allegedly dated the ex-Destiny’s Child singer off and on for a while before splitting amicably. They are reportedly good friends after their breakup.

However, there was never any confirmation about their relationship. Apparently, Kemp and Luckett are longtime friends and were never romantically involved.

In her blog, Luckett touched on the rumors with Kemp, saying, “Like with the situation with Matt Kemp. I think the blogs kind of created the whole relationship. We were friends–there was nothing more to it.”