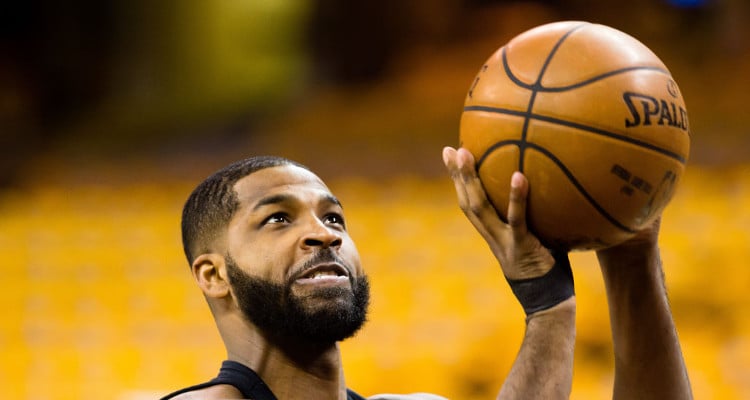 After many high-profile relationships, Khloe Kardashian seems to have found love with her current boyfriend, basketball player Tristan Thompson of the Cleveland Cavaliers. So much so, that she apparently wants to have his baby! While sister Kim is advising use a surrogate, Khloe wants a baby the natural way. We just hope Khloe’s dreams of being a mother come true!

Things have gone far beyond dating for the youngest Kardashian sister and her current boyfriend. Khloe Kardashian’s boyfriend is none other than 26-year-old NBA player Tristan Thompson of the Cleveland Cavaliers, and the couple are reportedly trying to have a baby!

According to reports, Kardashian has been trying to get pregnant with Thompson for more than four months now. Her sister Kim Kardashian has been trying to convince Khloe to use a surrogate, but she wants a baby the old-fashioned way. As reported by an insider, “She isn’t even willing to discuss it with Kim. She is determined to get pregnant on her own.”

Who Is Khloe Kardashian Dating?

Khloe Kardashian is currently dating NBA star Tristan Thompson. He is a Canadian NBA player who is the power forward for the Cleveland Cavaliers.

Thompson played college basketball at the University of Texas for one season before being drafted by the Cavaliers in the 2011 NBA draft. He won the 2016 NBA championship while playing for the Cleveland Cavaliers. Although he lives in the U.S. most of the time, he also represents Canada in international basketball games.

Kardashian started dating Thompson Labor Day 2016 and has been sharing pictures of them together on Instagram. After her birthday this past June, she posted a picture of the two hand in hand with the caption, “Thank you, baby, for treating me like a Queen every single day!”

Love Is in the Air!

Kardashian has also been seen at several Cavaliers games lately to support Thompson. In a recent interview on The Late Late Show with James Corden, Kardashian said, “I have [found love]…I am very happy. We’ve used the L word.”

About starting a family with Thompson, Kardashian said, “I would love to have a family. We’ve talked about it. He [already] is a father, and I know for a fact that he would be an impeccable father. I definitely want to be a mom. But I don’t put the pressure on it. It’s not like, ‘The clock is ticking.’ I feel in my soul it will happen.”

Kardashian had a pretty colorful love life before getting involved with Thompson. In 2009, she was supposedly dating basketball player Rashad McCants while she was filming Kourtney & Khloe Take Miami. After their breakup, McCants apparently told Sports Illustrated that his relationship with Kardashian ruined his basketball career. At the time, she reportedly also hooked up with football player Derrick Ward, who played for the Tampa Bay Buccaneers.

Khloe Kardashian then married Lamar Odom after barely a month of dating, and it looked like she had found the love of her life. However, they split in 2013 after Odom struggled with addiction and reportedly cheated on Kardashian. Their divorce was put on hold for a while when he had a near-fatal overdose, but was later finalized in 2016.

Kardashian also attended some concerts with baseball player Matt Kemp, giving clear signals that she and Odom were done. She dated French Montana, who even appeared on Keeping Up with the Kardashians, for about a year. She later said about that relationship, “I jumped into something because I was just, like, lonely and destructive.”

In 2015, Kardashian was close to basketball player James Harden, who helped her during Odom’s hospitalization and recovery. They looked pretty happy together before heading to splitsville not too long later.

There were also rumors that Kardashian spent quality time with Trey Songz, but this was not confirmed. However, the singer did attend Kardashian’s birthday party.

It now looks like Kardashian might finally settle down with Tristan Thompson. At 33, she is seven years older than Thompson, and wants to have a family of her own with him. Though she is getting sisterly advice on KUWTK, it looks like Khloe Kardashian will do things her way.