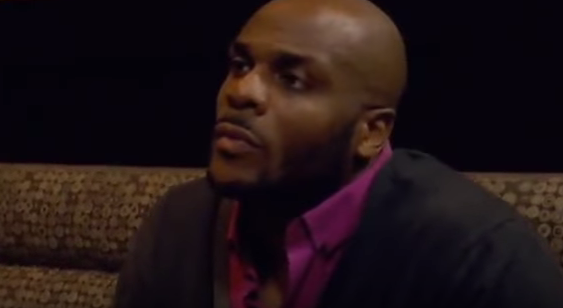 It’s only Monday and already there’s drama on The Real Housewives of Atlanta! It should be called “The Real Husbands of Atlanta,” because once again, the men are having their own problems and it was all caught on camera. We know you’re curious about the Matt Jordan and Peter Thomas fight, so get all the details you need with our Matt Jordan wiki.

Who is Matt Jordan?

He’s Kenya Moore’s ex and the man responsible for the hot tea coming at you today. Remember that fight Thomas and Jordan got into back in March on a radio show? Well, the Matt Jordan video has been leaked! This is not a drill and we can’t believe what we just saw! Jordan, a person trainer, was last romantically linked to housewife Kenya Moore, but they broke up.

“If I were to look at what I did wrong in the relationship, I would have to say that I didn’t slow down enough for him or give him the attention that he really required,” the 45-year-old former Miss USA said to People. “And that may have made him feel emasculated.”

Jordan’s violent temper was also a concern for Moore and we can see why! Many of Matt Jordan RHOA scenes have seen him break windows, garage doors and even hit her driver! We wouldn’t be surprised if Moore had a panic room installed, because Jordan is out of control.

“On the one hand, I don’t want to see him anymore. But on the other hand, I want us to be friends.” She added, “I just don’t want an enemy in him because I had some part in it. I don’t want anything else from him but to wipe the slate clean and be friends again.”

Moore Tried to be Friends, But They had a Fight

“You ruin everything that’s good. Everything,” she said. “This is what you call caring about? Talking loud, not listening? The problem is Matt, I cannot talk to you. I have been there for you. I didn’t do anything that you could have permanently change your life, including sending you to jail for your behavior.”

“If I didn’t care about you Matt, I wouldn’t be standing here now. You’re like a broken record,” she added.

“You know why I’m playing the same record? Because you won’t say sorry,” Jordan replied. “You keep going on in your life, you’ll be unhappy for your actions. I’ll be in jail and you’ll be single and miserable. So we’re even.”

“I’m going to go ahead and allow myself to move forward,” she told him. “Because I do know one thing: I do know that you care. But whatever it is that you’re holding on to, you’re not able to look past it. Matt, just look at me one minute. I’m sorry I hurt you. But baby, I can’t do this no more.”

In the end, Moore and Jordan discovered they couldn’t be friends after all and weren’t getting the kind of breakup that Cynthia and Peter got with theirs.

The video has now been leaked and RHOA fans finally get to see what happened between Jordan and Thomas. The host of the radio show was seen pleading with Jordan, while Thomas was sitting in the corner minding his own business. But that wasn’t enough for Jordan, who threw a water bottle at an unphased Thomas. Matt Jordan’s age is unknown, but his next move was that of a 5-year-old throwing a tantrum. Jordan lunged at Thomas and the two began rolling around and struggling right there in the radio station! Cue the cursing, headlocks and heavy breathing! Security couldn’t get there any slower if they were sleeping. Thomas said he held his own, but it looked like he was holding on for dear life. In the end, Thomas is pressing charges and that’s all she wrote.

Check out the video of the fight below! (Warning! Graphic language!)

Feel free to check out Matt Jordan’s Instagram and The Real Housewives of Atlanta airs on Sundays at 8:00 p.m. EST on Bravo.