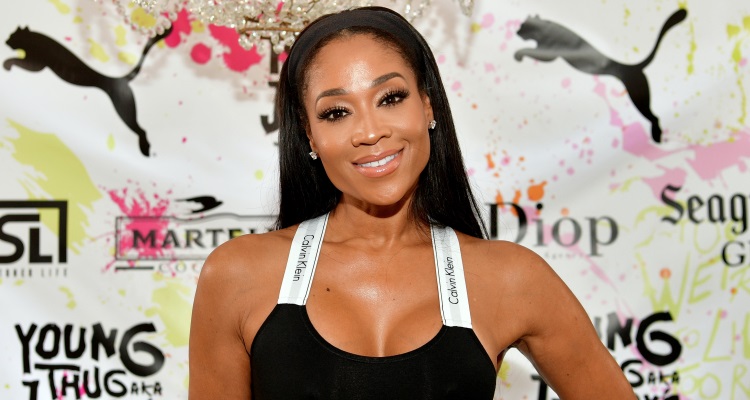 Who is Peter Thomas dating? Fans of The Real Housewives of Atlanta are starting to wonder about Peter Thomas’ girlfriend, or whom he might be dating. If you’re curious to know the truth, then keep reading to find out more!

Is Cynthia Bailey’s ex-husband dating Love and Hip Hop Atlanta star, Mimi Faust? That’s the latest rumor, but it’s actually false! Peter Thomas’ RHOA girlfriend is in fact not Mimi Faust, because she’s still seeing her WNBA girlfriend, Tamera Young. If you don’t believe us, then head over to Faust’s Instagram, where the happy couple have pictures together, all no more than three weeks old!

The Real Housewives of Atlanta cast had a reunion special that aired, which led Bailey and Thomas to come face-to-face and discuss the reason for their divorce. The meeting was tense and Thomas stormed off saying he still loves his ex-wife! Can we really handle this much hot tea on a Monday? We can’t, but what choice do we have?

“If I can’t have all of her, I want none of her,” Thomas, 56, told host Andy Cohen. “I really want her to be with the person that she needs to be with. Because I will always, always, always love her. Okay? Always. I wish the best for her.”

Bailey Opened Up about Her Marriage

During the RHOA reunion special, Bailey, 50, confessed that her marriage to Thomas made her feel bitter, causing them to be at odds all the time.

“It was very scary when we started having issues,” said the model, holding back tears. “I just felt like over time, I started to be very resentful toward him even when we started to get back on track. I don’t know — it’s like I just couldn’t stop being mad at him for things that didn’t work out when that wasn’t the plan.”

“I didn’t know how to be married,” Bailey added. “I did the best I could do.”

He Praised His Ex-Wife

Thomas agreed with his ex-wife’s analysis of their marriage, but took the time to let her now how independent she is, despite how things ended.

“Cynthia Bailey [was] probably the top 1 or top 2 print models in America for like 20 years,” he said. “She depended on no one for nothing. She got into a relationship with Peter Thomas and s—t was hard. I’m good dealing with s—t, she is not good with that.”

He also addressed rumors of alleged infidelity, which Porsha Williams had brought up last season on the reunion.

“There’s people sitting on this couch projecting that I was f——g 18 and 19 year olds, and I was f——g my staff. But that never happened,” he said.

The exes have since been seeing other people and casually dating, but only Thomas has been intimate with someone else. He said he wasn’t sexually active for a year near the end of his marriage and now he’s putting in some overtime.

“I went a year without having sex with my wife,” he said. “Now it’s on. There’s somebody I like a whole lot.”

We wonder who it could be! But we know who it’s not: Mimi Faust! Hopefully the pair of exes find what they’re looking for!