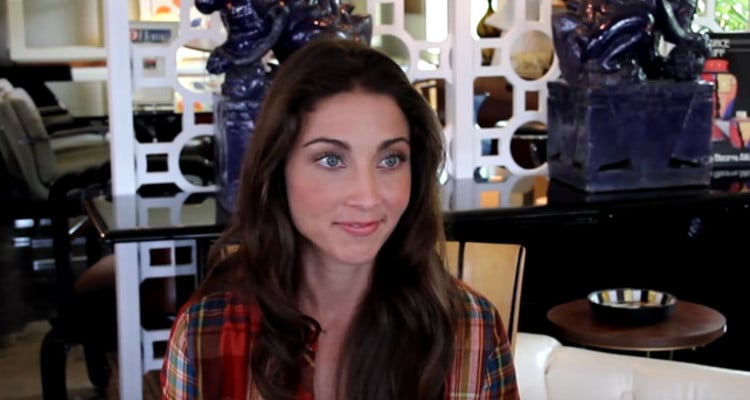 Mary Padian is a smart buyer from Texas on A&E’s Storage Wars. She is an astute entrepreneur, who has free-spirited personality with a touch of eccentricity. Her creativity and smart buys have helped her achieve success. If you want to more about the reality star, then we’ve got everything you need to know right here in our Mary Padian wiki.

Born on August 24, 1980, Mary Padian is from Dallas, Texas where she was raised with her older brother, Luke. She is of mixed ethnicity; her father is Irish and her mother is Lebanese. Her father, John Gerard Padian, is a businessman who runs a scrap metal recycling plant. Padian’s parents divorced in 2009.

She graduated from the University of Texas in 2003 with a bachelors degree in photojournalism. The reality TV star has a considerable net worth of $600,000. Some sources have speculated that Padian is paid more than $450,000 per season of Storage Wars!

Mary Padian worked as an intern with D magazine in 2003. She also worked for Architectural Digest in New York City as an assistant editor. It was there that she discovered her passion for finding and re-purposing old objects. This eventually led her to create videos which she called “Mary’s Finds!” where she would showcase inexpensive home décor items.

She soon returned to Texas and, within a year, opened her store, Mary’s Finds. One of her frequent customers was Morris “Moe” Prigoff who, after purchasing abandoned storage units in auction, would bring things to Padian’s store.

Mary Padian was first seen on Season 1 of Storage Wars: Texas with Prigoff in her store. Her sharp eye and shrewd business sense did not go unnoticed, and he took her under his wing.

The 36-year-old joined the Storage Wars: Texas cast in the second season as Prigoff’s partner. They worked together and the items in each unit would go to one of their stores. Padian then appeared on Storage Wars Season 5 as a recurring member, before joining on full-time.

On an episode of Storage Wars, Mary Padian introduced everyone to a tall, handsome guy named Dylan. While talking about her boyfriend she said, “I’ve been looking for love since I moved to California. Who’d have thunk I needed to pop back down to Texas to find my perfect man. This is Dylan. Isn’t he dreamy?”

Now, there isn’t much information on Dylan, but fellow Storage Wars cast member, Rene Nezhoda’s comment about Padian “robbing the cradle” tells us that he’s probably younger than his girlfriend!