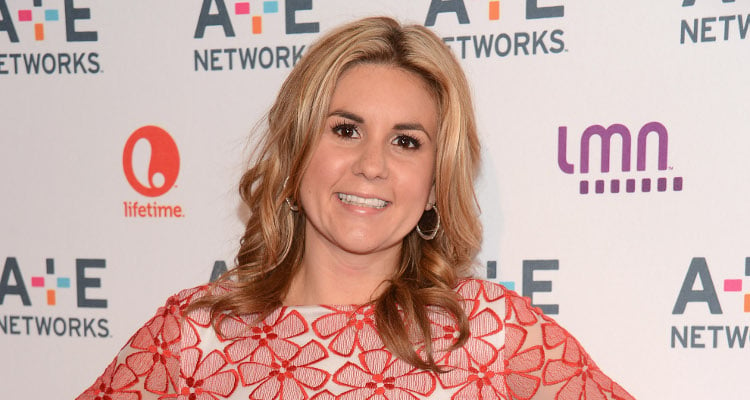 Brandi Passante is well-known for starring on the show, Storage Wars. She’s a reality star and a mother who knows how to perfectly balance her professional and personal life. If you want to know more about her, then take a look at our Brandi Passante’s wiki.

Who Is Brandi Passante?

Brandi Leigh Passante, age 38, was born on May 16, 1980 in Harris County, Texas. She moved to Orange County, California when she was a teenager.

In an interview, Brandi revealed that she was a shy kid growing up. In fact, she still has anxiety when she has to go somewhere and gets a little scared when people approach her.

Brandi and Jarrod met each other in 1999 while they were working at a carpet cleaning company in Tustin. He was her boss, and she was his apprentice in the sales department.

He also used to appear with her on the reality show, Storage Wars. They won over fans with their bickering and relatable dynamic. Jarrod was more of a risk taker with his bidding, while the sharp-tongued Brandi was always there to question his occasional impulsive decisions.

But despite everything, they love each other and are happily raising their two children together. Jarrod Schulz and Brandi Passante’s kids are named Cameron and Payton Schulz.

For years, many people thought that Jarrod Schulz was Brandi Passante’s husband while they were on the show but that wasn’t the case. The couple has been together for almost 19 years now.

The storage bidding world was introduced to Brandi by Jarrod’s aunt, who was in the storage industry. And Jarrod used to attend storage auctions with her when he had no job.

On the show, Brandi and Jarrod were known as “The Young Guns.” They joined the show from season 1, when they owned and operated Now and Then Thrift Store in Orange County, California.

When the show started, Brandi and Jarrod were shown as hunters with low financial resources.

During the fourth season of the show, Brandi and Jarrod opened up a second location of the store in Long Beach, California. However, during the premiere of Storage Wars season 5, it was disclosed that the store located in Long Beach didn’t make any profit. The couple faced financial troubles because of it, and their store was closed down in 2014.

They Starred in an A&E Spin-Off

In 2014, A&E started a spin-off show called Brandi & Jarrod: Married to the Job. It centered around the two balancing their business and their kids.

Brandi & Jarrod: Married to the Job was on for only eight seasons and ended in September 2014.

Jarrod proposed to Brandi in the very first episode of season 1. He used their dog and kids as mediators when he presented the ring to her. He dressed the dog in a tux used dog tags around his neck to ask her to marry him. Of course, she said “yes.”

The couple was seen planning for their wedding on the show. And during episode 7 of season 1, they went out to shop for Brandi’s wedding dress. But now it’s 2018 and people are still wondering if they ever ended up getting married.

Brandi and Jarrod haven’t shared anything online about their marriage. However, the Internet does state that they are married, even though there aren’t any details about when and where the nuptials took place.

According to sources, Brandi’s net worth is currently estimated to be $2.0 million. She accumulated her wealth mainly due to her career as a reality star.

These days, Brandi Passanti is helping out with Jarrod Schulz’s clothing brand, Outlaw Apparel. She features the brand’s products on her Facebook account.