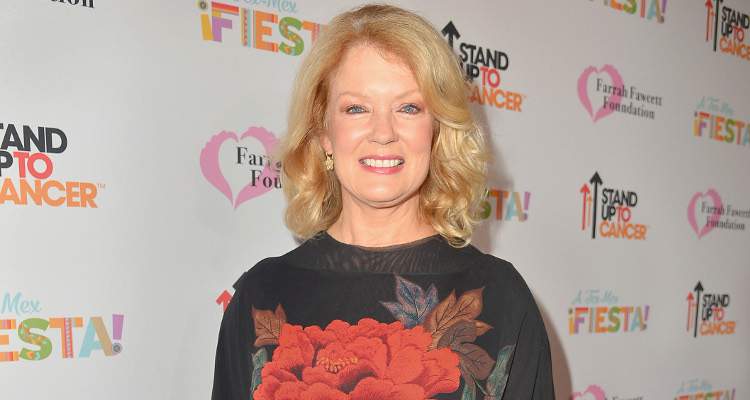 Mary Hart is a well-known name in the entertainment industry. She is one of the longest-running hosts of Entertainment Tonight, so, it comes as no surprise that Mary Hart’s net worth is reportedly between $10.0 and $20.0 million. She was recently spotted at Game 6 of the World Series in Los Angeles. If you want to know more about how Mary Hart amassed her immense fortune, then keep reading.

How Much Is Mary Hart’s Net Worth?

Having had a long career with Entertainment Tonight, Mary Hart’s net worth is calculated to be a whopping $10.0 to $20.0 million. Besides boasting a massive net worth, she is also the owner of multiple houses.

Hart owned a huge ranch in Montana, which was listed in 2015 for $26.5 million. Reportedly, the 160-acre property in Elk Horn, Montana, has 7,000 sq. ft., and includes guest quarters, a wrangler cabin, and four-stall barn. But, there is no information about how much the ranch sold for.

According to sources, in September 2017, Hart put up another house for sale. Initially, the L.A. apartment was listed at $8.8 million. But it was taken off the market and re-listed at $7.9 million. In 2015, Hart with her family moved to Sierra Towers.

She was born Mary Johanna Harum on November 8, 1950, to Dorothy Harum, a breast cancer survivor, and Robert Harum which makes Mary Hart’s age 66. She has two brothers, Michael and David.

In a few days’ time, Hart will be celebrating her 67th birthday. She was born in Madison, South Dakota, but grew up in Sioux Falls, South Dakota and Denmark. Besides speaking English, she is also fluent in Swedish and Danish.

In 1968, Hart graduated from Augustana Academy. She then went on to attend Augustana College in Sioux Falls, where she graduated in 1972.

For almost two years, Hart taught English at Washington High School. While there, she also anchored and produced her own talk show on KSFY-TV, and was a semi-finalist in the Miss America 1971 pageant.

Mary Hart, please give the Dodgers all of your super power!! I see you all season long. You got this!! #maryhart #itfdb

After working on her talk show, Hart’s full-time television career began with KMTV in Omaha, Nebraska. She then moved on to work with KTVY in 1976, which is now KFOR-TV in Oklahoma City. There, she co-hosted Dannysday with Danny Williams. She also worked as a sales representative for a school yearbook company.

Hart desperately wanted move on from journalism. So, with only $10,000 in the bank, she moved to Los Angeles in 1979 and lived in Westwood. Her move pursued her to follow dreams in Hollywood.

Finally, she landed a small role on Days of Our Lives. She also did a couple commercials and became a co-host of the syndicated PM Magazine.  In 1981, she secured a job as a co-host of Regis Philbin’s first national talk show on NBC. Unfortunately, the talk show was canceled four months later.

Entertainment Tonight interviewed her, and a day later, hired her as a correspondent. Jay Bernstein became her manager. After working there for 13 weeks, Hart became the show’s co-host with Ron Hendren. But over the years, many of her co-hosts were replaced. In 1986, Robb Weller replaced Hendren. Two years later, Weller was replaced by John Tesh, and in 1996, Bob Goen replaced Tesh. Then, Hart co-hosted ET with Mark Steines in 2004.

She is also famous for her shapely and toned legs. This led to an endorsement contract with Hanes’ pantyhose line in 1987. Bernstein even insured her legs with Lloyd’s of London for $1.0 million each. In 1987, Hart was a guest timekeeper in the World Wrestling Federation’s WrestleMania III.

From a very young age, she loved singing and dancing. Her dream finally came true in 1988, when she performed with comedian David Brenner at the Golden Nugget Hotel and Casino in Las Vegas.

After almost 29 years with Entertainment Tonight, Hart decided to leave the show in 2010. Her final episode aired on May 20, 2011.

Before her exit, Hart released a statement, which read, “I’ve had the privilege of spending 29 years doing something I love — how often does that happen? I only meant to be at ET for three years, suddenly it’s almost 30! I’ve reached a point when I clearly realize it’s time for a change. There are many things I want to do in my life and I’d better get on with them.”

Hart added, “It will certainly be with mixed sentiments that I say ‘goodbye’ at the end of the season, but it will definitely be with a sense of celebration … 30 years of Entertainment Tonight, are you kidding me? That’s an accomplishment and something I’m very proud of.”

Look at who I ran into backstage at #DaytimeEmmys Congrats to my pal #maryhart for being presented Lifetime Award! @entertainmenttonight

Additionally, she did voice-overs for TV shows like The Fairly OddParents and Happily Ever After: Fairy Tales for Every Child.

In 1972, Hart walked down the aisle with Terry Hart, but there are no details about how they met or where they got married. However, we know that they divorced in 1979.

She found love again with producer Burt Sugarman. The pair walked down the aisle in 1989. Hart and Sugarman have a son together, Alec Jay “A.J.” Sugarman.

Mary Hart is a huge Los Angeles Dodgers fans. She was spotted sitting next to Larry King at the World Series Game 6. In fact, she also sang the national anthem before a couple games.