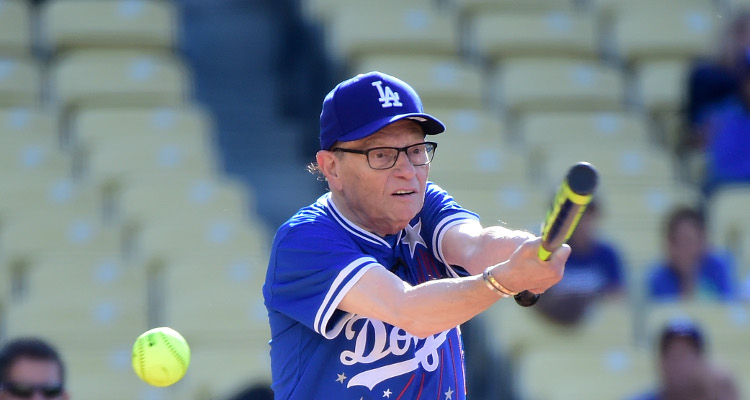 People who are fans the Dodgers were entertained in many ways. If you thought you saw Larry King at the Dodgers game, then you were right. King is a true-blue Dodgers fan at heart and was seen yesterday at his usual spot. Keep reading for more details.

Larry King is a regular feature when it comes to a Dodgers game. And the talk show host doesn’t like to sit anywhere else but behind the home plate.

In yesterday’s game though, people were talking about who sat next to Larry King more than anything else. Here’s everything you need to know about the Dodgers Game 1 of the World Series.

Was Larry King at the Dodgers Game 1?

Los Angeles Dodgers fans were amazed last night with their team’s big and easy win. One such die-hard Dodgers fan is none other than Larry King, and he was spotted sitting behind the home plate as usual.

King is a rich man and has made millions through TV on his show. So, he doesn’t bat an eyelash when it comes to doling out thousands of dollars for a Dodgers ticket. The approximate cost of the section where the “usual” seat King occupies can go as high as $12,000. And, the seats are strategically placed, too.

Since the game took place in L.A. where many stars reside, many Hollywood faces were spotted in the stands, which made for a very glittery and entertaining game for the home team. Larry King was spotted next to Mary Hart, behind the home plate, too.

Tiny frail Larry King is sitting with Mary Hart. Remember her? I can’t stop looking at them. #distracting #WorldSeries2017 pic.twitter.com/fK0KcacXRm

How the Dodgers Won Game 1 of the World Series

Dodgers Stadium was packed with people cheering on the first pitch, which was delivered by Clayton Kershaw. He was on a roll, striking Springer out on four pitches. Just as the start was looking very positive for the Dodgers, Chris Taylor upped the game by getting the Dodgers a 1-0 lead after he delivered a home run after Dallas Keuchel’s pitch.

Kershaw was on fire, striking out Yuli Gurriel top of the second. He had five strikeouts by mid game. Josh Reddick was first at-bat in the World Series, and with fans booing him, he went out 0 for 22. He gave Kershaw five strikes in 10 batters—an impressive stat for the Dodgers.

Clayton Kershaw (@Dodgers) is the 1st pitcher in World Series history with 10+ strikeouts, no walks and 3 or fewer hits allowed in a game. pic.twitter.com/kdU5iJNB3M

As things moved forward, the game was tied. Kershaw pitched to Alex Bregman who hit a home run on his third pitch, and the youngest American League player impressed fans. But the half inning was a little more intense for the Dodgers with Dallas Keuchel making it very hard for the Dodgers to make an impact.

The Astros turned to their bullpen when things began looking bleak for the team. But Dodgers’ closer Kenley Jensen was quick to put away Jose Altuve on a fly ball.

The Astros had just one run given by Alex Bergman. The Dodgers won the World Series’ Game 1 with a 3-1 score, with Justin Turner finishing off in style.

It's nothing personal, JT does this to everybody. #WorldSeries pic.twitter.com/nBOgZ9Sxsi

Other Celebrities Who Were a Part of the Win

The advantage of having Dodgers Stadium in Hollywood is that it’s common to spot a few stars watching the home team. And although everyone was talking about Larry King and Mary Hart sitting side by side, many other stars watched the game as well.

Magic Johnson, Ken Jeong, Lady Gaga, Jerry Seinfeld, and Rob Lowe are only a few of the many stars who were seen enjoying the game and sweating it out in the heat just like their baseball icons.

Maybe the funniest part of Clayton Kershaw's legacy is how many of his highlights will feature Larry King eating ice cream in the background pic.twitter.com/qi8RppcuUH