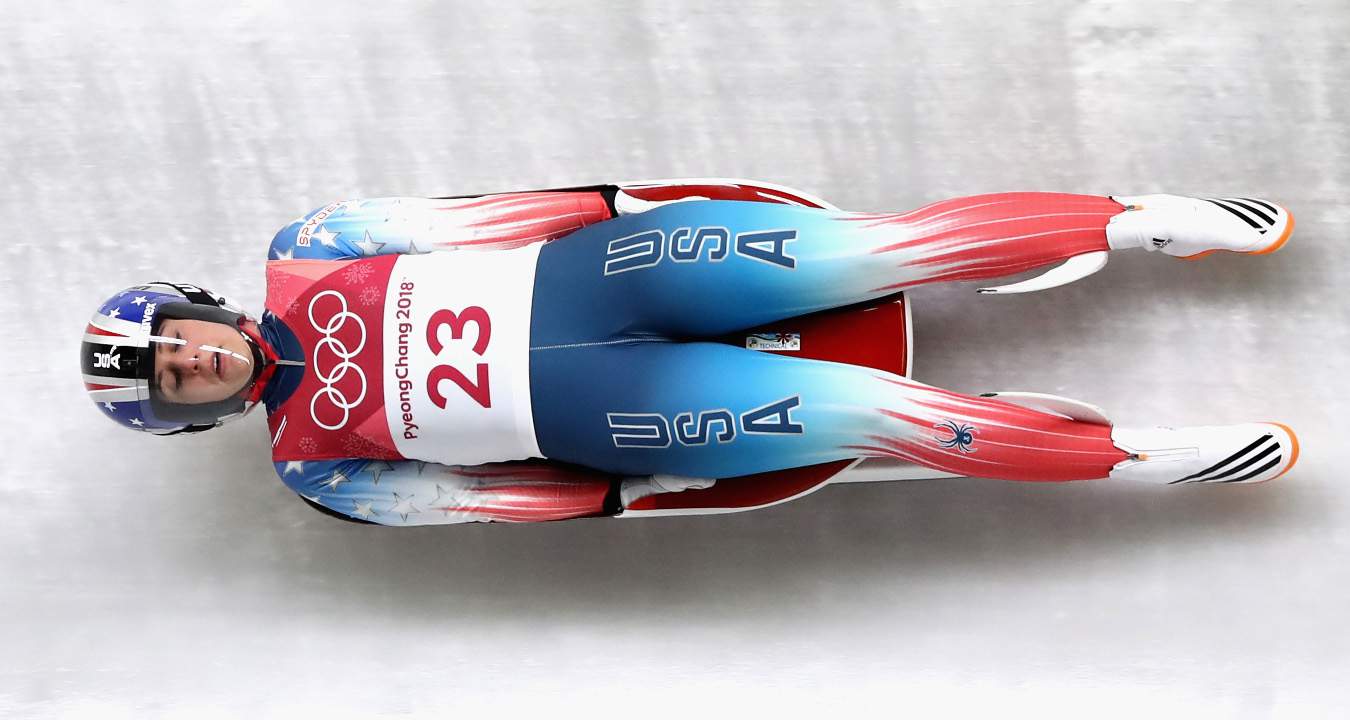 Team USA luger Emily Sweeney’s crash on Tuesday shocked the world! She crashed into the wall while making her final run, and was thrown off her sled! Thankfully, Sweeney walked away without any serious injuries. But a look at Emily Sweeney’s crash video shows that she survived a major luge accident. Keep reading to find out more about what happened.

It is no secret that the sport is extremely hazardous. Hurling down the ice at speeds exceeding 80 miles per hour is no joke!

No one knows this better than U.S. luger Emily Sweeney, who suffered a major crash on Tuesday. But she managed to walk away from the crash site and even gave interviews later! She is one brave and lucky girl!

What caused Sweeney’s crash? We have all the details on the terrifying incident, right here.

What Happened to Emily Sweeney?

Team USA’s Emily Sweeney was in the National Guard before switching to the sport.

The 24-year-old won several medals in past luge events, and the Pyeongchang Games is her first appearance at the Winter Olympics.

In her final run of the event, Sweeney pinballed along the track and crashed into the wall while on curve 12. She was initially facing difficulties while coming down curves 8 and 9.

Curve 9 has been troublesome for most of the athletes, so in Sweeney’s case, it was nothing new. The scary part was her losing control on the icy track and being thrown off the sled!
I

Sweeney put her feet on the ice to slow down but instead moved back and forth on the track before falling onto the ice. She tumbled down the track with her sled before coming to a halt.

Medical personnel quickly attended to her as the competition came to a stop. Thankfully, Sweeney had no serious injuries as she slowly walked off the track. Before entering the ambulance on the way to the hospital, she gave a reassuring, “I’m fine.”

Is Luge a Dangerous Sport?

Luge has the notoriety of being a dangerous sport. Athletes love the adrenaline rush the sport brings, but they are also aware of the risk factor involved.

With little protection, luge athletes propel themselves down an icy track at speeds that are too dizzying for us mere mortals!

The athlete’s body has to be in the right position, and they have to be aware of the upcoming curves. It doesn’t take much for a regular run down the icy track to quickly turn into something dangerous.

Many fans were reminded of a past tragedy on the track. Eight years ago, Georgian Nodar Kumaritashvili died in a luge accident at the Vancouver Games.

Walking Away without Injuries

It’s nothing short of a miracle that Sweeney had no injuries and left with only bumps and bruises!

The team doctor said that she had no broken bones.

Speaking to the NBC before heading to the hospital, Sweeney said, “I’m very sore, and pretty stiff. I’m going to get an X-ray on my back after this, but I wanted to have the last word. So thanks for all the support, you guys. It’s a bummer, for sure, and I know that I’m better than that. But here we are — it happens.”

Emily Sweeney may not have won a medal, but she has definitely won over the hearts of fans with her bravery!