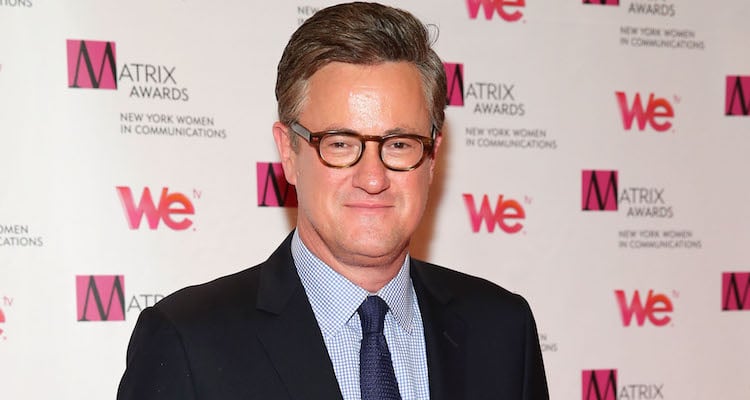 After the news of former NBC anchor Matt Lauer’s firing, President Donald Trump tweeted about a mysterious case that involved Lori Klausutis and Joe Scarborough, while defending Lauer. If you want to learn more about Lori Klausutis’ unsolved mystery and the connection the Morning Joe host, then take a look at our Lori Klausutis wiki.

Lori Klausutis was originally from Atlanta, Georgia and was born on August 2, 1972. She was the daughter of Linda and Larry Bolterstein, sister to Kelly Ann, and wife of Timothy Klausutis from 1997-2001. Lori was known as an active member of the Catholic church in her area, and was described as nice and sweet person. According to her obituary, Timothy worked as a member of the United States Air Force and studied at the Georgia Institute of Technology, according to LinkedIn. Since the news of her death, many have been searching for Lori Klausutis’ pictures to see who she is, many of which can be found online.

For those who don’t know, Lori Klausutis interned for Scarborough when he was a U.S. congressman in Florida from 1995-2001. Klausutis died two months prior to him resigning in order to spend more time with his family, . Lori Klausutis’ cause of death was a cardiac arrhythmia, which caused her to fall and hit her head against a desk inside the district office. She was found dead on July 20, 2001 by a couple who had an appointment that morning. She was 28 at the time and her death was ruled as an accident, although an autopsy also revealed her death to be inconclusive. The medical examiner on her case, Michael Berkland, later commented that Klausutis had an undiagnosed heart condition that contributed to her death when she fell.

Where Was Joe Scarborough?

At the time, Scarborough was at home, but released a statement after he heard a staffer of his died.

“My staff and family are greatly saddened by the loss of Lori Klausutis,” the statement said. “I know Lori will be missed by the thousands of citizens who regularly contact my office to seek assistance with a variety of problems. May God grant Lori’s family the grace, comfort and hope that will get them through this difficult time.”

Before Trump accused Scarborough of having something to do with Klausutis’ death, Markos Moulistas, founder of the Daily Kos blog, was banned from appearing on MSNBC ever again, after repeatedly mentioning the scandal on air in 2011. The exchange between Scarborough and Moulistas grew uglier and ultimately ended in the MSNC contributor being banned from the network.

“I never accused him of murder, much less three or four times,” Moulitsas wrote in a blog post regarding the incident. “In fact, we had just had a pleasant chat in the Meet the Press green room in December, which wouldn’t be the case if I was bedeviling him with accusations of murder. The only time I ever mentioned the incident was this post in 2005, in which I discussed him as a potential Senate candidate.”

An email from MSNBC President Phil Griffin to Moulistas, read: “I’m hoping this will be only temporary and that the situation can be resolved in a mature fashion, but until then I just don’t know how one could reasonably expect to be welcomed onto our network while publicly antagonizing one of our hosts at the same time.”