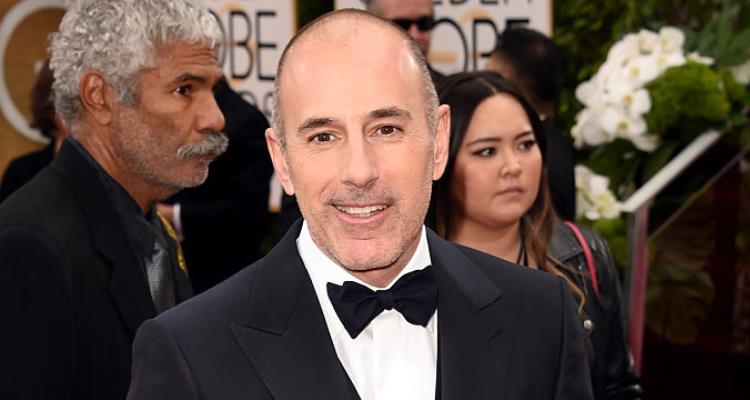 The Today show opened this morning with a direct message to the audience. Savannah Guthrie read part of a memo that had been sent out from the head of NBC News, Andrew Lack. The memo said the following:

On Monday night, we received a detailed complaint from a colleague about inappropriate sexual behavior in the workplace by Matt Lauer. It represented, after serious review, a clear violation of our company’s standards. As a result, we’ve decided to terminate his employment. While it is the first complaint about his behavior in the over twenty years he’s been at NBC News, we were also presented with reason to believe this may not have been an isolated incident.

Our highest priority is to create a workplace environment where everyone feels safe and protected, and to ensure that any actions that run counter to our core values are met with consequences, no matter who the offender.

We are deeply saddened by this turn of events. But we will face it together as a news organization — and do it in as transparent a manner as we can…”

This came as a shock to viewers and also seemed to have rattled the on-air staff at the Today show. They now have to try and reconcile the man they knew with the complaint that has been filed against him, and it was obvious that they were just told about the story before the show went to air this morning.

Since the Harvey Weinstein allegations broke, more and more people, both women and men, have had the strength to come forward with accusations of sexual harassment and assault. As the memo mentions, it is the first official complaint lodged during Matt Lauer’s Today show tenure and over 20 years at NBC. However, the New York Times has apparently been working on a story about Matt Lauer for a number of weeks. While that story, if it indeed exists, has yet to break, it’s probably safe to say that it and the accusations against Lauer are connected.

Turmoil for a Better Work Place

Since the stories about Harvey Weinstein’s behavior broke to the surface, it seems like every few days there is another story about someone in power unjustly using it for sexual gratification. Names like Louis C.K., Kevin Spacey, James Toback, Roy Price, and countless others have been named in very serious accusations. But as even Guthrie pointed out, it’s uncomfortable and painful and sometimes sad, but it needs to be done. Hopefully, it will lead to fewer incidents and better workplaces.