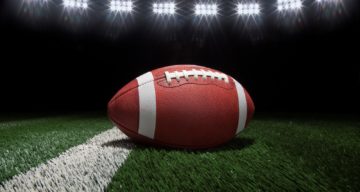 Logan Wilson, a football linebacker for the Cincinnati Bengals, has made strides since entering the NFL in 2020. He recently recorded his seventh career interception during his team’s win over the Jets, with his wife as his biggest cheerleader at the game. Although the footballer is the star on the field, Logan Wilson’s wife, Morgan Wilson, has been giving fans a glimpse of her life off the field with the player. She is full of praise and support for her husband on social media. We reveal more about her in this Morgan Wilson wiki.

Her parents have since divorced and her mother is now married to Justin Docheff, a small business owner called Docheff Dairy Farm in Longmont. Meanwhile, her mom works at The Lipstick Ranch, a jewelry-making supplies company.

Morgan Wilson has a brother, Alex Mead. He played on the track and field team at the University of Northern Colorado. She is very close to her grandmother, Judy Docheff.

The beautiful WAG owns an apparel company, Fangirl Clothing, which makes customized apparel for gameday. It’s the go-to for one-of-a-kind, personalized, and stylish sports team gear for your favorite team.

Logan Wilson’s wife is a successful vlogger, too. This is evidenced by her workout training videos, eating vlogs, and wedding planning vlogs.

The couple studied at the same college, but it is unclear when they started dating. Logan Wilson mentioned his then-girlfriend for the first time in September 2019. And then came the famous proposal…

The footballer proposed to his ladylove in a surprising way at War Memorial Stadium in February 2021. And obviously, he is not afraid of a big stage!

Before becoming Logan Wilson’s wife, Morgan also attended the super bowl with Olivia Holzmacher, the girlfriend of Bengals quarterback Joe Burrow in February. The couple shared a sweet kiss after the match.

The pair married on July 9, 2022, in Berthoud, Colorado. The dotting wife never fails to support her husband. Morgan Wilson was recently seen attending the NFL match between the Cincinnati Bengals and Miami Dolphins.