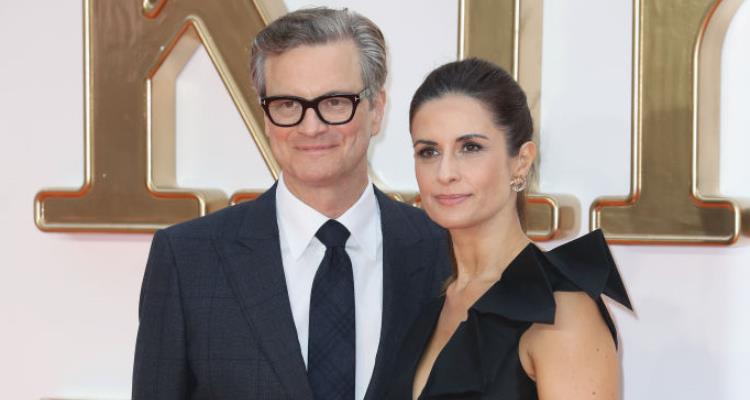 If your faith in love has been shaken to the core, then wait until you hear about actor Colin Firth’s wife’s affair! Reports have surfaced that the Oscar winner’s wife cheated on him—and not with just anyone! Did she really have an affair with her stalker? The news comes as a surprise to everyone and people still have questions about the power couple’s marriage. Read on for all the details!

The Italian film producer is making headlines for her recent revelation and many want to know more about the affair and the mystery man involved. Are the Firths splitting up? We have what you need to know, with our Livia Giuggioli wiki.

Who Is Livia Giuggioli?

Livia Giuggioli-Firth (age 48) was born on September 4, 1969, in Rome, Italy. She has three brothers; Nicola, Ivo, and Alessandro. She met her husband, Colin Firth, on the set of mini-series, Nostromo and has been married to the Oscar-winning British actor since 1997. Together, they share two sons; Luca, 16, and Matteo, 15. She’s also a stepmother to Colin’s son William, 27, who is from a previous relationship with American-Canadian actress, Meg Tilly.

Giuggioli studied at the “La Sapienza” University of Rome and completed a doctorate with a  documentary called Giuseppe Tornatore: A Dream Dreamt in Sicily.

Following her graduation, she worked as a production assistant to Fernando Ghia from 199-1995, following which she met Firth on the set of Nostromo in Columbia.

After getting married, Giuggioli and Firth founded their own production company called Nana Productions in 2006, and a year later, she made her first film called In Prison My Whole Life. The film, which investigates the trial against a political activist named Mumia Abu-Jamal, who was sentenced to death for killing a Philadelphia policeman in 1981.

Giuggioli and her husband are both strong advocates for Survival International, an international movement for the rights of indigenous people. They also have their own store called Eco Age, an ecological/ethically sourced clothing store in London, which she started with her brother, Nicola. And her goodwill doesn’t stop there; Giuggioli is also a founding member of Annie Lennox’s ‘The Circle,’ a powerful women’s advocacy group and she’s even been recognized with the UN Fashion 4 Development Award.

While the couple is known to keep their personal lives private, many assumed that their marriage wasn’t in danger. But then again in Hollywood, things aren’t always as peachy as they seem. Giuggioli released a statement admitting to her affair with her former friend-turned-stalker, a man named Marco Brancaccia.

“A few years ago Colin and Livia privately made the decision to separate. During that time, Livia briefly became involved with former friend Mr. Brancaccia. The Firths have since reunited,” read the statement, on the couple’s behalf, according to The Times. “Subsequently, Mr. Brancaccia carried out a frightening campaign of harassment over several months, much of which is documented.”

Since the news of the affair broke, pics of the Firths and the alleged stalker have been circulating online.

Is Marco Brancaccia a Stalker?

Brancaccia, 55, is an Italian journalist and former childhood friend of Giuggioli. Since the shocking announcement, he has been accused of stalking Firth’s wife, but he has denied the allegations. He reportedly told The Times that they were “romantically involved” and that she wanted to leave Firth for him instead. They exchanged WhatsApp messages and ended their fling in June 2016.

In a statement, he told The Times, “I wrote an email to Colin about my relationship with Livia, which I now regret sending, and she filed a complaint against me for stalking out of fear that I could go public with what she had revealed to me about her marriage and work. In a year she sent me hundreds of messages of love, photos and videos, even a diary.”

Despite the scandal, the Kingsman actor and his producer wife are still married and continue to work through this dilemma.