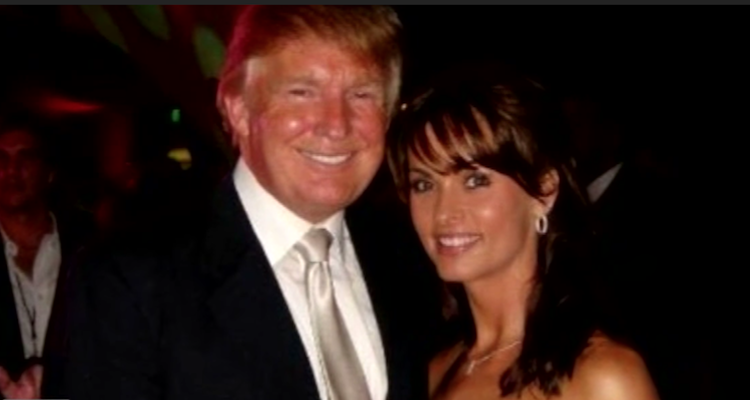 Another day, another accusation lobbed toward President Donald Trump, and another accusation of “fake news” from the White House. This time, it’s the story of yet another affair the President was alleged to have had with a Playboy Playmate. But is there truth to this story, or is there more smoke than there is fire? In this article, we’ll look at the current accusations that are being leveled at President Trump, as well as a timeline of the alleged Karen McDougal and Donald Trump affair, to see how it may connect to other stories of a similar nature.

A Little Background on Karen McDougal

Karen McDougal is a former Playboy model. While she isn’t a household name to most of us, she was one of the more popular Playmates featured in the magazine during the ’90s. McDougal first appeared in the magazine as “Miss December” in 1997. She was later chosen as “Playmate of the Year” in 1998 by Hugh Hefner.

McDougal transitioned from Playboy Playmate to fitness model almost unintentionally. She was the first woman to appear on the cover of Men’s Fitness and went on to appear in magazines like Muscle & Fitness, Physical, and Iron Man.

According to McDougal, she and then-future president met at Hugh Hefner’s mansion in June of 2006. Trump became flirty with McDougal right away, firing off compliments and constantly hitting on her. Trump asked for, and got, her number at the end of the night. The two began talking on the phone and eventually started an affair.

It should be pointed out that President Trump was very much married to current First Lady Melania, who gave birth to their son, Barron, three months before he met McDougal.

McDougal claims that after the first time they had sex, Trump offered her money, which she turned down. The affair reportedly continued for months with Trump flying McDougal to various events until she eventually ended the affair in April 2007.

The following is the alleged affair timeline of Donald Trump, going back to his first marriage:

• June 2006: Donald Trump and Karen McDougal meet and allegedly have an affair.

• Before November 2016: McDougal tells her story to the National Enquirer; the story is never published but the rights to that story are exclusive, so McDougal never tells it elsewhere.

It should be noted that Trump has denied all of the allegations in regards to McDougal and Daniels.