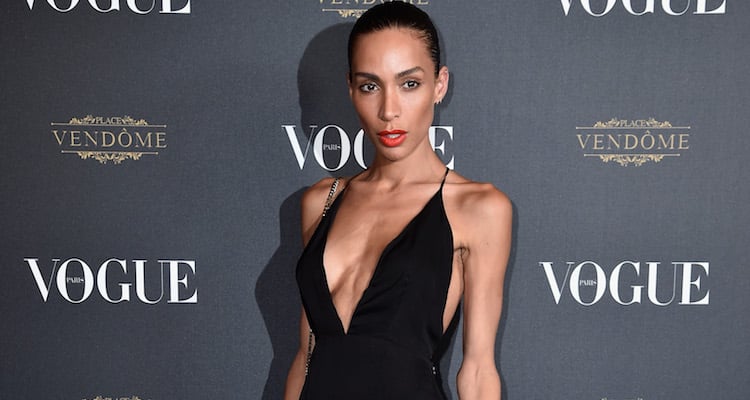 Playboy magazine’s November/December issue’s centerfold features Ines Rau, the first transgender Playmate in the 64-year history of the publication. And as we know, the first of anything is always the most remembered. So, here’s everything you need to know about Ines Rau, November 2017’s Playboy Playmate who is transgender.

This French model is the first transgender Playmate in the magazine’s history, but not the first transgender model Playboy has ever had. Caroline Cossey appeared in the publication in 1991 but was never an official Playmate. Since Rau’s making history, we thought you’d like to know more about her. So, keep reading our Ines Rau wiki for all the facts.

Ines Rau’s age is 26, and she’s been modeling since the age of 18. Rau is currently based in New York and is of North African descent. She was inspired to come out by Carolina Cossey, the first transgender model to pose for Playboy, who also appeared in a James Bond film.

In an interview, Rau revealed, “After reading [Cossey’s] book [I Am Woman] at least two times I realized how important it is to assume who you are with no fears.”

Ines Rau is a Transgender Model

Ines Rau had surgery done when she was 16 years old. She’s now a successful fashion model who has appeared in Vogue and has walked the runway at fashion weeks all across the globe.

Ines Rau’s before and after transformation made her self-conscious at first. Rau appeared in Playboy’s May 2014 special A-Z edition issue, which demonstrated a more progressive understanding of gender being non-binary. She confessed to Playboy that she was worried about being perceived as “weird.”

Later, Rau accepted the fact and said, “Then I was like, you know, you should just be who you are. It’s a salvation to speak the truth about yourself, whether it’s your gender, sexuality, whatever.” She continued, “The people who reject you aren’t worth it. It’s not about being loved by others; it’s about loving yourself.”

Don't tell anyone where the The Beach is.?

You can find plenty of Ines Rau’s pics on her Instagram account, which she updates regularly. And with about 244K followers and counting, this gorgeous lady is an Instagram sensation!

Rau was questioned about what message she’d like to give children struggling with gender identity issues and said, “Having a sex change is not the answer to insecurities or other issues, a lot of transgender do not understand that it has to be done with reflection: because of a real deep desire to be a woman from a younger age.” She continued, “It’s fabulous the level of happiness- it’s just absolutely impossible to describe. I’m the happiest girl in the world, just being what I wanted to be. You have to love yourself enough to go for it without the fear of being judged or rejected. That’s my advice for them.”

Those are some incredibly wise words, and we wish the best for this beautiful lady. Playboy is just the beginning for Ines Rau, as she’s recently signed a book deal!