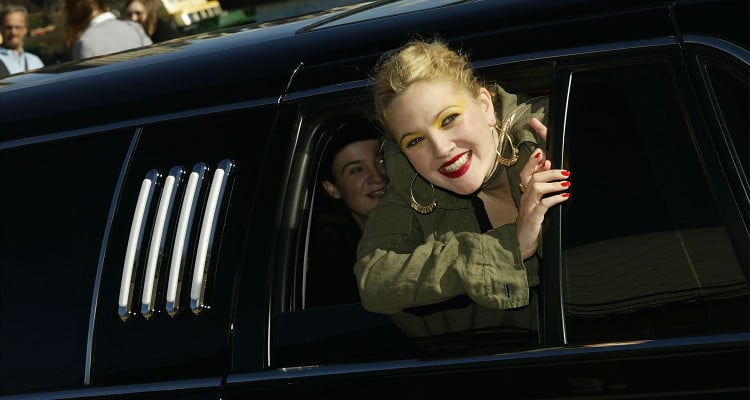 Did you know that Drew Barrymore was also one of the hotties to grace Playboy magazine? Drew Barrymore’s Playboy photo shoot in the nude was shot back in 1995. However, the actress’ risqué pics are not as publicized now.

Drew Barrymore channeled her inner bunny in January 1995, when she was all but 19 years old! During the ‘90s, the massively successful actress was in a rebellious stage in her life, which led her to bare it all for the coveted magazine.

Although many fans may not know this about the star, there have been many other occasions when Barrymore has left little to the imagination! Remember Poison Ivy?

If you want to know more about Drew Barrymore’s Playboy magazine photos, then you are in the right place.

The Royal Barrymore Family of Hollywood

Drew Barrymore was born on February 22, 1975, in Culver City, California. She comes from a wealthy Hollywood family as her father and grandfather were also well-known actors. The Barrymore family name has some greats in the entertainment industry, like her grandfather John Barrymore, who was a stage actor in the early 1900s.

John Barrymore began his acting career on stage with his father, Maurice Barrymore. He then went on to do films and was seen in some classics like Sherlock Holmes (1922), Sea Beast (1926), Grand Hotel (1932), and Midnight (1939) to mention a few.

Drew Barrymore’s father was John Drew Barrymore, who was also an established actor, but he wasn’t a superstar. John Drew Barrymore took things a little lightly, or so it seemed, when he was offered a role in the ‘60s in Star Trek and failed to show up to the sets. He was replaced by Robert Brown in a hurried search, and after that stint, he received a six-month SAG (Screen Actors Guild) suspension.

It was this hiccup in his career that saw the downfall of Barrymore, and things took a turn for the worse. John Drew Barrymore’s bad side was often exposed, which included spousal abuse, drug use, and public drunkenness. He married four times, and all his marriages ended in a divorce.

She has also had some acting stints and is known for movies like Night Shift (1982) and The Last Days of Disco (1998). But, did you know that Jaid Barrymore also graced Playboy magazine and that her daughter did as well a few months after her?

#WCW #JaidBarrymore the epitome of class and sophistication. #DrewBarrymore came out of that sexiness!

Drew Barrymore had a pretty wild childhood that included smoking cigarettes when she was nine, doing drugs when she was 11, and a suicide attempt at 14.

Barrymore has been acting since she was a child, and she even had to prove her mettle for belonging to “The Royal Family” of Hollywood. The sudden fame that she found herself in led her to an emotionally unstable place in her life, and she easily took the wrong path.

The young actress was sent to a mental institution where she stayed for more than a year. She was later seen at another rehab facility to cope with the overwhelming stress from her past.

It must have been a difficult time in her life when her father was battling cancer. And although they were not on good terms, she moved him closer to her so that she could take care of his medical bills and his health in 2003.

Drew Barrymore had appeared nude once before when she was 17 years old for Interview magazine.

Steven Spielberg is Drew Barrymore’s godfather and directed the movie E.T. the Extraterrestrial, in which she starred. He had once sent her a quilt with a note that read, “Cover yourself up” after her Playboy stint.

Barrymore talks about that painful and embarrassing part of her life in an autobiography titled, Little Girl Lost.

Drew Barrymore’s nude photos were a part of her life. Although many actresses have graced the cover of Playboy, she is one of the most famous to have appeared in the magazine.