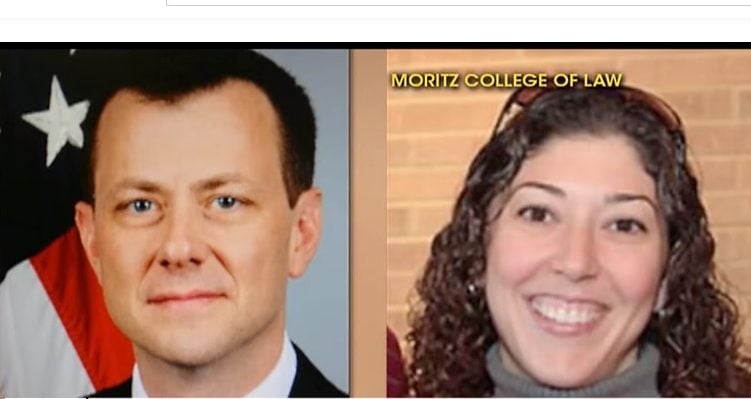 Remember that affair between Lisa Page and Peter Strzok and the Russia probe? Well, it turns out the two disgraced FBI officials exchanged thousands of texts after Donald Trump’s presidential win, and now there’s an investigation. Many are now asking questions about Lisa Page, the FBI agent, and her personal life. Find out what we know with our Lisa Page wiki below.

Who Is Lisa Page?

Since Lisa Page isn’t a public figure and had a classified job, not much is known about her personally. But we do know that she was on Robert Mueller’s special counsel team for the Russia probe involving the President.

Page was an attorney with the FBI’s Office of the General Counsel. Before joining the bureau, she worked as a trial lawyer in the Organized Crime and Gang Section of the Justice Department’s Crime Division.

If you’re looking for a peek into Page’s personal life, then good luck. There’s no trace of her on social media.

That would make sense given the private nature of her job. But it’s also possible that she could be using an alias, as opposed to having scrubbed her digital footprint.

Page shared headlines with Strzok in the past, and there was no mention of a husband anywhere.

Like many in Washington, D.C., Page had a secret. Her affair with Strzok was exposed last year, and both were removed from anything having to do with the Russia investigation and changed the wording in a report about the Hillary Clinton emails.

Strzok’s wife at the time was Melissa Hodgman.

In the latest scandal, the FBI failed to preserve months worth of texts between Page and Strzok. Since the reveal, they have been vilified for their critical texts on President Trump, which were reportedly dated between December 2016 and May 2017.

“We will leave no stone unturned to confirm with certainty why these text messages are now not available to be produced and will use every technology available to determine whether the missing messages are recoverable from another source,” Attorney General Jeff Sessions, said on Monday. “If we are successful, we will update the congressional committees immediately.”

Sessions added, “After reviewing the voluminous records on the FBI’s servers, which included over 50,000 texts, the Inspector General discovered the FBI’s system failed to retain text messages for approximately 5 months between December 14, 2017 to May 17, 2017.”

The Attorney General also stated that if there is anything illegal uncovered in the texts, then legal action will be taken immediately.

“I have spoken to the Inspector General and a review is already underway to ascertain what occurred and to determine if these records can be recovered in any other way,” Sessions said. “If any wrongdoing were to be found to have caused this gap, appropriate legal disciplinary action measures will be taken.”

The DOJ blamed a technical glitch for the gap in emails, but an investigation is still being done to determine the exact cause.