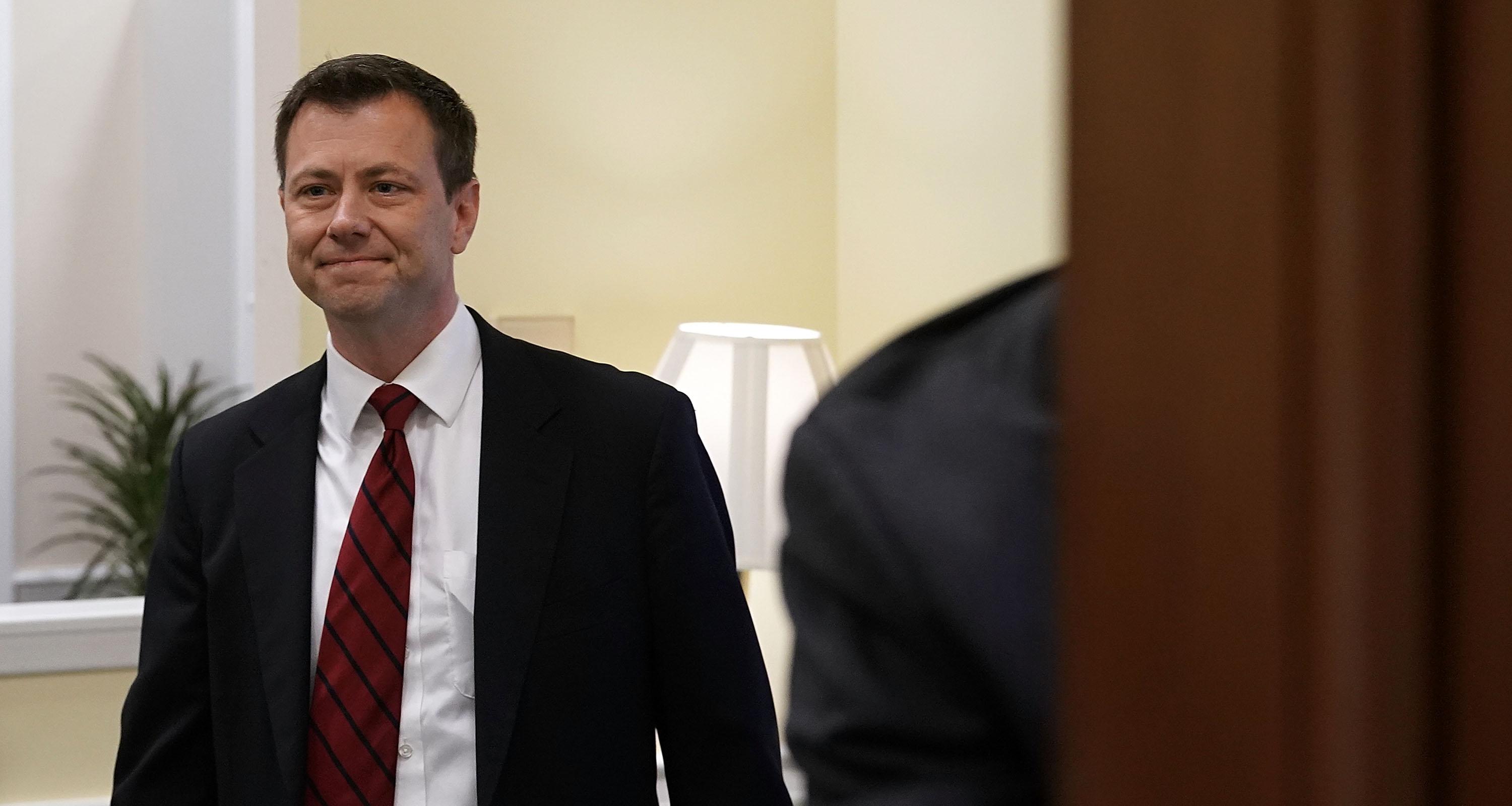 While Peter Strzok is a bigshot in the Federal Bureau of Investigation (FBI), his wife, Melissa Hodgman, is an important member of the U.S. Securities and Exchange Commission (SEC). She holds degrees in law from Georgetown University and was promoted as the SEC’s associate director in 2016. Melissa Hodgman has always stood by her husband during his time of need and the controversies that have dogged him relentlessly. She has three children of her own with Strzok.

Controversies continue to dog Peter Strzok, and some of them come back to haunt him regularly. Like his role in the United States Federal Bureau of Investigation’s (FBI) inquiry into Hillary Clinton’s use of a personal email server in 2016.

Peter Strzok is an FBI agent. He was involved in the investigation to determine if there were any links between Donald Trump’s presidential campaign and the Russian government.
All this controversy has put the spotlight on Strzok and his wife of many years, Melissa Hodgman.

Here are a few details about Peter Strzok’s wife from Melissa Hodgman’s wiki.

Who Is Melissa Hodgman?

Born on February 12, 1968, in Pennsylvania, to her parents Ann McIntyre and Brian W. Hodgman, Melissa Hodgman’s age is 50.

She is the associate director at the U.S. Securities and Exchange Commission (SEC). She was promoted to this position in October 2016.

At that time, Hodgman said in a press release, “I am honored by this appointment and look forward to continuing our tradition of pursuing tough but fair enforcement actions in complex and cutting-edge cases, especially matters involving cross-border issues and efforts to hold gatekeepers accountable for breaches of their professional standards.”

She investigated many cases of fraud, and her work was appreciated at all levels, which also led to financial rewards. Melissa Hodgman’s salary was estimated at $229,968 in 2016.

Hodgman started working for the enforcement division of the SEC in 2008 as a staff attorney and became an assistant director in 2012.

Before joining the SEC, Hodgman worked as an associate at Milbank, Tweed, Hadley, & McCloy in Washington, D.C.

Later she obtained her Master of Law with distinction in securities and financial regulation from Georgetown University Law Center in 2007. She has won awards for her work like the Ellen B. Ross Award and an SEC Chairman’s Award in 2010.

Acknowledging the singular role her education has played in her career, Hodgman has donated money to her alma mater, Georgetown University. She and her husband donated between $2,500 and $4,999 to the university in 2012.

Her Mother Was a Writer and Humanist

Hodgman was one of three children to her parents and was very close to her mother, Ann McIntyre. She was from Pennsylvania and lived in New York.

When she died, McIntyre received a touching obituary, which read, “A beautiful woman, loving mother, grandmother, writer, and humanist passed away November 15, 2010, at age 67.”

McIntyre was a writer and humanist. She raised her children to become educated, responsible, and career conscious.

Hodgman has two siblings, a sister named Laura, 48; and a brother, Christopher, 46.

The couple met while attending college at Georgetown University and were married in 1994. Peter Strzok and Melissa Hodgman have three children together.

Hodgman lives with her husband in the Fairfax, Virginia area, and they purchased a home there for $520,000 in June 2003.

Right now, Peter Strzok is under a cloud of controversy and Hodgman is working hard by his side to see him through this latest round of trouble. And he couldn’t have a better person to stand by him in his hour of need than his wife, Melissa Hodgman.