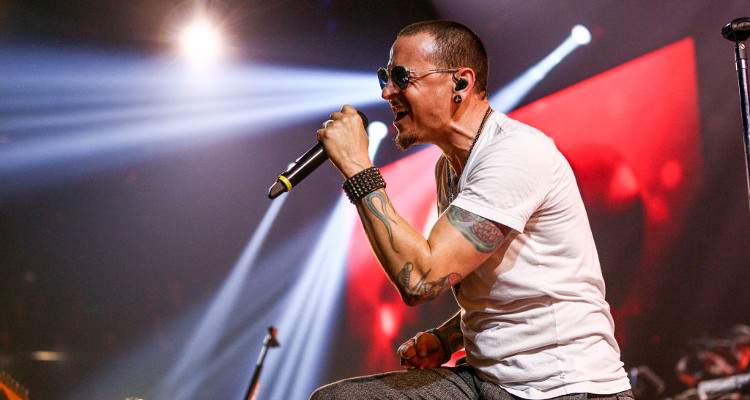 Chester Bennington’s death due to suicide has shocked everyone that knew him. He had one of the best voices in rock, and his meaningful songs with his band Linkin Park provided solace to many souls in the last two decades. However, it is not clear yet what compelled him to take this extreme step.

In the last few months, death has scored a double whammy. First, Chris Cornell, and now Chester Bennington, the lead singer of the rock band Linkin Park. Linkin Park is an American rock band from Agoura Hills, California, who achieved worldwide success with their debut album Hybrid Theory in 2000.

Since then, they have released several chart-topping albums like Meteora, Minutes to Midnight, A Thousand Suns, Living Things, A Hunting Party, and the latest called One More Light. Bennington sang lead vocals on each of these albums which elevated Linkin Park to cult status all over the world. People are shocked to know of Bennington’s sudden demise and are asking, “How did Chester Bennington die?”

According to reports, Chester Bennington’s cause of death is suicide by hanging himself at his home in Palos Verdes Estates, California.

The obvious question on everybody’s lips is, “Why did Chester Bennington kill himself?” At this moment, there is no confirmed reason why Bennington took this extreme step to end his own life. But once the authorities complete their investigation, more details are expected to be revealed.

Bennington had been struggling with a drug and alcohol addiction for years, and this was the breeding ground for several of the band’s groundbreaking hit songs. In May 2017, he had been in an optimistic mood. He had posted several positive tweets including one about him being artistically inspired and said, “Feeling very creative this last one week. I’ve written six songs, and I’m happy with all of them. Just getting started.”

People are trying to come to terms with this tragedy and are searching for any probable reasons why Bennington would take his own life. Chester Bennington’s death has come so close to the death of Chris Cornell, another famous rock singer. Cornell’s suicide, also by hanging himself, had weighed heavily on Bennington’s mind.

Bennington had posted his feelings on social media and wrote,“I can’t imagine a world without you in it. I pray you find peace in the next life.” He had performed Leonard Cohen’s classic song “Hallelujah” at Cornell’s funeral and was sad over his friend’s untimely demise.

Although it is not confirmed, Chester Bennington’s suicide could also have been the result of the long-term effects of sexual abuse in his childhood. Bennington had described his childhood as unhappy due to his parent’s divorce when he was 11 years-old, and the frequent sexual abuse he suffered at the hands of an older friend.

According to Bennington, the molestation started when he was seven or eight years of age and continued until he was 13 years-old. When speaking about this horrific episode in his life, Bennington said, “It destroyed my self-confidence. Like most people, I was too afraid to say anything. I didn’t want people to think that I was gay or that I was lying. It was a horrible experience.” Considering the depression and pain that sexual abuse causes in the victim, it could have been a contributing factor in Chester Bennington’s suicide.

So far, there is no information on when Chester Bennington’s death photos will be released. And right now, Bennington’s family, friends, and fans are numb with grief over the loss of a talented artist who was in the prime of his life.

Bennington’s voice resonated with an entire generation all over the world. He channeled his angst into music and put it out there for everyone to hear and see. His characteristic screaming voice brought solace to many troubled hearts but not his own. In the end, it was just easier for him to say goodbye than to stay and suffer the pain.

May you rest in peace Chester Bennington.