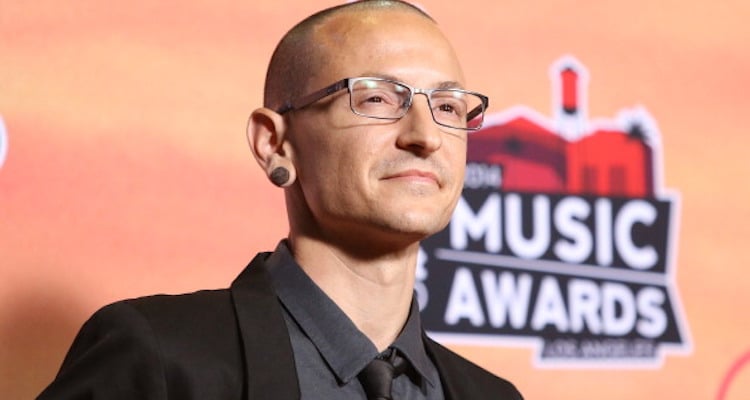 Linkin Park singer Chester Bennington’s age was only 41 at the time of his death and fans are in shock. The Los Angeles County coroner has ruled the death a suicide and everyone wants to know what happened. To get more details on his death, take a look at our Chester Bennington wiki.

Chester Bennington was born on March 20, 1976 in Phoenix, Arizona. His parents divorced when he was 11 and he lived with his father, a detective who specialized in sex crimes and abuse.

At just 7 years old, Bennington was the victim of sexual abuse at the hands of a childhood friend.

“It escalated from a touchy, curious, ‘what does this thing do’ into full-on, crazy violations,” he told Kernag in 2008. “I was getting beaten up and being forced to do things I didn’t want to do. It destroyed my self-confidence. Like most people, I was too afraid to say anything. I didn’t want people to think I was gay or that I was lying. It was a horrible experience. The sexual assaults continued until I was 13.”

He eventually found the courage to tell his father but didn’t press charges when he found out that the abuser was also a victim.

In order to deal with the rage and PTSD from his assault, Bennington turned to drug use as an outlet. When he was a teen, he used marijuana, LSD, cocaine, opium, meth, and alcohol. High school was hard for him since he was always teased for being skinny, and different. When he was 17, he lived with his mother who kept him inside, mostly after she heard of his drug use.

Close to the end of high school, Bennington focused on music and found himself discouraged and almost quit music altogether. It wasn’t until the vice president of A&R at Zomba Music in Los Angeles, Jeff Blue, asked him to audition with a band called Xero. Luckily for him, they were already looking to replace a member who had already left. Bennington didn’t celebrate his birthday since he had to record his audition song, which led to him getting the job in 1999. In honor of Santa Monica’s Lincoln Park, Bennington and his new band mates Mike Shinoda, Brad Delson, Rob Bourdon, and Joe Hahn, became Linkin Park.

Bennington‘s net worth was estimated at $30.0 million before he died.

On Halloween in 1996, Bennington married his first wife Samantha Marie Olit but they eventually divorced in 2005. They had one child together in 2002, named Draven. He married his second wife, former Playboy model, Talinda Ann Bentley in 2005 and they share three of Chester Bennington’s six kids: Tyler Lee and twins Lilly and Lila, born in 2011.

Chester Bennington Cause of Death

According to TMZ, Bennington’s body was found on Thursday, just before 9:00 a.m. PST in the Palos Verdes Estates, California. He committed suicide by hanging on the day that would have been Soundgarden singer, Chris Cornell’s 53rd birthday. Chester Bennington and Chris Cornell were friends and he also committed suicide. Chester Bennington’s Twitter account has received well wishes and condolences since the news of his death.