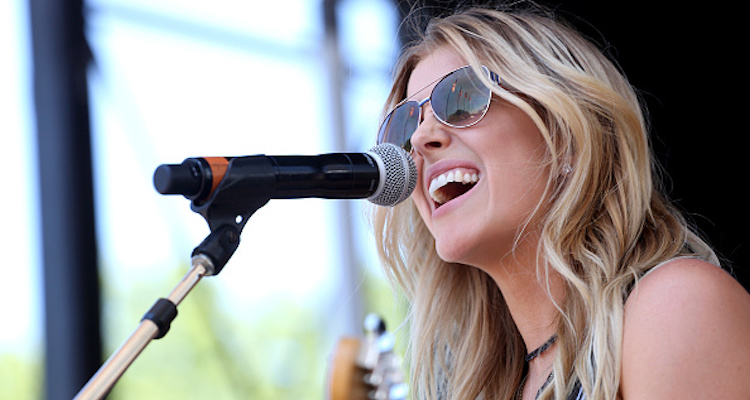 Lindsay Ell, 28, was born on March 20, 1989 and grew up in Calgary, Canada. She started playing piano by age 6 and began writing her own songs by age 10. She writes her own songs, plays guitar and of course, sings. At just 13 years old, she was mentored by guitar legend, Randy Bachman of Guess Who and the Bachman-Turner Overdrive fame. He helped her focus her skills and introduced her to jazz and blues guitar. At that time, she didn’t sign with any Canadian labels because she hadn’t found her own voice yet.

At 18, Ell toured with blues icon Buddy Guy, after he called her on stage one night. After she graduated high school a year early, she dropped out of college and moved to Nashville to focus on her career as a country singer.

“That really brought me back to my country roots,” Ell told Mercury News. “And the Southern hospitality thing makes you feel so at ease and welcome. Everybody was so friendly, I felt at home from the moment I walked off that plane with my guitar on my back.”

If you’re looking for more than just hot pics, then Ell’s Instagram is the way to go. You can get information about any upcoming Lindsay Ell songs or see pictures of her personal life. She’s an open book and if you’re a fan, then feel free to send her a message on any of her posts. You can also check out the Lindsay Ell YouTube channel to hear some of her earlier songs.

Lindsay Ell’s net worth is undetermined at the moment, but we don’t expect her to end up on the streets anytime soon. With the release of her EP, Worth the Wait, and opening for the Brad Paisley: Weekend Warrior Tour, Ell is making her dreams come true and doing what every country star dreams of doing.

“It’s a guitar master class for me, every single night, getting to watch Brad,” Ell said to Mercury News. “If you would have told me two years ago that I would be standing toe to toe with Brad Paisley on stage, I would have said you were crazy. But now, gosh, it’s real life. And I’m very grateful.”

Her Radio Appearance was Cancelled

Ell has been dating American DJ Bobby Bones for a couple of years now, but it’s because of her relationship with him that she lost her spot on Sacramento’s KNCI listener appreciation concert. Bones works for a rival radio station, so the company decided to bump Ell from the list. On Friday, the radio station released a statement to The Washington Post with their decision.

“Lindsay is an amazingly talented, up-and-coming artist and today we regrettably made a bad decision to cancel her show,” KNCI said in a statement. “We only hope that she — and our listeners — will forgive us, and that Lindsay and her team will allow us to reschedule the show.”

Afterward, the iHeartMedia station declared Friday “Lindsay Ell Day” in Sacramento and promised to play her new single, “Waiting On You,” once an hour.

Ell is on tour with Paisley from June 23 to September 28 and tickets are still available!