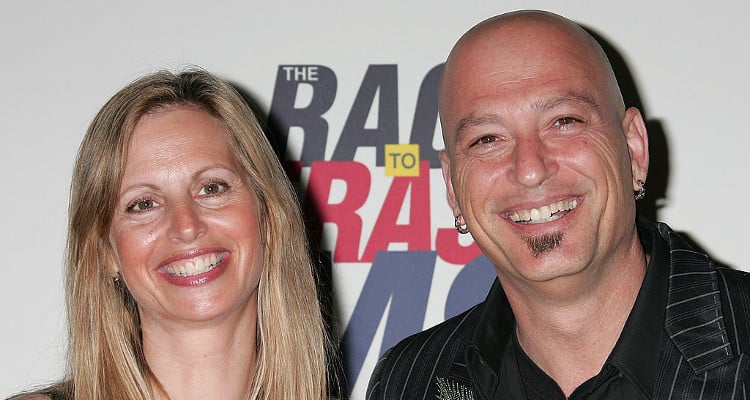 Howie Mandel is best known as the host of Deal or No Deal, a judge on America’s Got Talent, and for being a hilarious comedian. Most recently, he gave marriage advice to his former Deal or No Deal briefcase model-turned-Duchess, Meghan Markle. It’s invaluable advice, considering Mandel has been married to Terry Mandel for almost 40 years.

Howie and Terry Mandel have been together for more than four decades, throughout which Terry has been supporting his career behind the scenes. He has been open about his struggle with OCD but has not let it hinder him—mostly because of his wife, who is also the driving force behind his stand-up comedy.

Howie Mandel’s wife is not a celebrity, but she’s famous thanks to the comedian always gushing about her. So, get the deets on this fascinating lady with our Terry Mandel bio!

Who Is Terry Mandel?

Born Terry Soil, she hails from Toronto, Ontario in Canada, where Howie Mandel was born and raised. These longtime sweethearts met and dated in high school before they tied the knot on March 16, 1980. This means they’ve been married for 38 years and have been together even longer!

They both attended William Lyon Mackenzie Collegiate Institute in Toronto. While Terry graduated from the school, Howie didn’t. He was expelled before he could graduate for impersonating a school official and hiring a construction company to build an addition to the school.

Howie said he knew he wanted to marry Terry when, “she made me laugh. It was wonderful to meet a witty woman. The biggest void that people can have in their lives is a sense of humor.

Spending your life with someone who doesn’t have that wouldn’t be palatable.”

While talking about Meghan Markle and Prince Harry’s wedding, Howie dished that the secret to his long-lasting marriage is “the fact that I’m here in New York and she’s in L.A. The fact that I’m not around is refreshing. But even though we’ve been married for 40 years, I think we’ve spent two months together.” Like they say, absence makes the heart grow fonder.

To this couple, date night is seven days a week since Terry is not much of a cook. So, they often eat out at delis and takeout restaurants and watch a lot of movies.

The Mandels Have Three Kids

Jackie Mandel graduated from UCLA with a Master of Education and is a teacher. She married her high school friend, Alex Schultz.

Alex Mandel definitely inherited his father’s comic skills and is a celebrity in his own right. While Howie is big on TV, Alex is an Instagram and YouTube star. His hilarious vlogs have become even more successful than his other YouTube channel called Alex Mandel Drinks. To date, he has more than 487K subscribers!

Howie Mandel opened up about his OCD and how it affected his profession. He was on the verge of quitting show business when NBC offered him Deal or No Deal. He refused NBC’s offer to host the show, several times in fact.

It was when NBC sent him a tape of the overseas version that he got on board. But it was actually Terry who gave him the nudge he needed.

“In fact, I kept saying no until my wife, Terry, told me to stop being such an idiot and take the deal,” he said.

Mandel credits his wife for making it so far in his career, and he quips that it’s because they don’t get much time together.

“I’m really lucky to have met Terry all those years ago because not only is she beautiful on the outside, but on the inside as well,” he revealed.

The comedian added, “I’m lucky because she puts up with me. If you ask her why our marriage has survived all these years, she’ll tell you it’s because of the 200 live stand-up gigs I still perform every year. In fact, Terry would like to personally thank UJA for inviting me to perform and for getting me away from her for a couple of days. To be honest, she likes me to go away whenever possible.”

Terry Mandel probably knows a great TV opportunity when she sees one because of her job as a talent agent. Obviously, she convinced Howie to take up NBC’s Deal of a lifetime.
After graduating from William Lyon Mackenzie Collegiate Institute, she studied business at Harvard University. She’s currently a talent agent at Abstract Talent Agency.

Howie Gets in the Way … of Her Cleaning!

The AGT judge admits he rarely helps around the house and said, “It’s not for lack of volunteering or even being there, it’s just that I’d get in the way. I’m mostly inept.”

“The one thing my wife and I will never agree on about the house is…what color something should be. She’ll never do anything in the house without asking me, but I’m color-blind, so when I make a choice, I’m told that it clashes. So then I say, ‘Then why did you ask me? I’m color-blind.’ To which she says, ‘Because I want you to be involved.’”

Read between the lines, Howie!