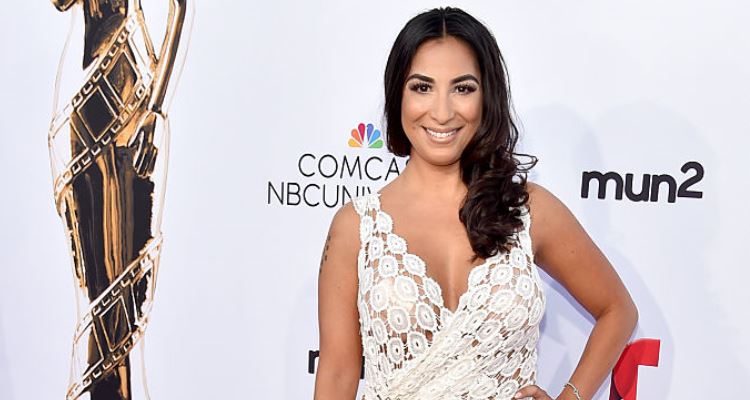 Actor Jeremy Piven’s girlfriend, Liana Mendoza, had a few choice words for the #MeToo movement and how it has affected her relationship with the Entourage alum. TMZ recently caught up with Mendoza to chat about the #MeToo movement and why she’s not happy with it—and you won’t believe what she said! Have a look at our Liana Mendoza wiki to find out all the details (and why many are cringing at her comments).

Who Is Liana Mendoza?

Liana Medoza was born on November 19, 1984, in Spain. She is an actress and comedian based in Los Angeles. She is currently dating Wisdom of the Crowd actor, Jeremy Piven.

Her Thoughts on #MeToo

In an online video, TMZ caught up with the actress in Studio City over the weekend to ask her about her take on the #MeToo movement.

“This MeToo movement, I read the Trump thing, is in fact ruining people’s lives,” said Mendoza. “It’s ruining my life right now. For example, it means that I had to pay for these jammers [breasts] for nothing, you know what I mean? Like guys, even, in everyday life, they’re like scared to hit on me, scared to talk to me, they wanna look at me in the eyes now with all this respect and I’m like ‘I’m down here, buddy.’ So it’s kind of ruining my life in that way.”

She added, “And I get it, if you don’t wanna be harassed on set, that’s not cool. Sexual harassment, not cool. For me for example, if a guy pulls out his wiener, two things are happening: One, I’m going to evaluate it immediately and two is, if I don’t like it, I’m going to use my getaway sticks [legs] as soon as possible. If I feel I can’t stand up for myself, I’m a call the po-po.”

Mendoza also talked about the lack of communication between men and women and expressed that women could verbalize their concerns more by using their voice.

She also reflected on how people are afraid to make light of anything or use certain topics as a source for comedy, something she thinks should be fair game.

“Don’t touch comedy. That’s a sacred ground and everybody is afraid to say anything about anyone in any way and it’s like a toxic relationship. You’re tiptoeing on eggshells now and it’s just too much.”

In the wake of all the sexual assault allegations, Piven has been named by several women for sexual misconduct and his show, Wisdom of the Crowd was canceled shortly after. Many believe it was because of the allegations, despite the fact that the show’s ratings were consistently low.

If there’s one woman who wouldn’t mind you looking at her hot pics, it’s Liana Mendoza! (She’s already demanding you stare at her chest and not her eyes!) While some of her comments may be controversial, she has found a few women who agree with her.

Another follower wrote, “I just saw a clip of you on TMZ & you are hilarious! I reside in Pensacola so I’m unable to attend. But you have a new fan over here & I hope you eventually have a show near here or a tv special. I posted on TMZ that with all this serious crap going on, we need to stop for a moment & laugh/smile. We really need that right now. Much love to you & Jeremy. [sic]”

If you want to see Mendoza in person, her latest post said she will be performing at the HaHa Comedy Club on March 5 in LA’s San Fernando Valley. You can probably expect more of her “boob jokes,” so just be sure you are staring at them when she does! (Otherwise, she may actually call you out for not doing so!)