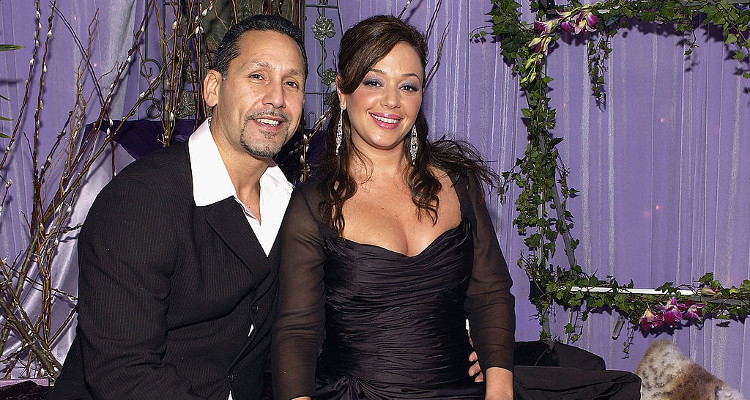 Leah Remini is more famous for being vocal than for her acting credits. The King of Queens star has spoken up about her marriage in the past, along with her views about Scientology.

In Hollywood, where most celebrities want to keep their relationships on the down-low, Leah Remini hides nothing. She’s vocal about everything from Scientology to her career and even her family. With season 2 of her groundbreaking documentary series, Leah Remini: Scientology and the Aftermath coming soon, we turn the spotlight on her relationship with her husband. Leah Remini and Angelo Pagan are quite the romantic pair. If you haven’t heard of Leah Remini’s handsome husband, here’s everything you need to know about Angelo Pagan.

Who is Angelo Pagan?

Not much is known about Angelo Pagan’s early life. The 49-year-old is of Puerto Rican origin. He’s a popular singer back in his home country. He’s performed in clubs with his band, Salsa Caliente and released a solo album called No Tengas Miedo. He also reportedly opened a show for the ‘90s music duo, CC Music Factory. He’s good friends with Marc Anthony, while Remini is close to Anthony’s ex-wife, Jennifer Lopez.

These days, he’s expanding his entertainment and entrepreneurial credits. He has taken on roles in movies and TV shows like Swordfish, Almost a Woman, and Hawthorne. He also had a guest role in several episodes of his wife’s TV hit, The King of Queens. He’s also a producer credited with documentaries starring his wife. He co-owns the diner, Vivian’s Millennium Cafe with Remini’s stepfather.

They Met at A Club

Remini was interviewed by her daughter for Redbookmag back in 2010, and little Sofia asked what every kid likely wants to know about their parents: How did mom and dad meet? Remini answered that she met her future husband at a Hollywood nightclub called El Floridita.

To Sofia, that answer didn’t match her dad’s. Apparently, Pagan told his daughter he met her mother at a Puerto Rican restaurant! So, Leah had to explain that the place was both a restaurant and a club. But what’s important was that it was love at first sight for Leah.

Their Daughter Makes Him Sleep on the Couch

Pagan and Remini began dating in 1996 and married in 2003. Their daughter, Sofia, was born a year later, one day after Remini’s 34th birthday. Sofia grew up in the spotlight and is friends with other celeb kids like Jaden Smith.

In the very same interview with Redbook, Sofia admitted she didn’t like sleeping in her very cozy bedroom. Instead, she’d rather sleep with her parents. As sweet as it sounds, it doesn’t last for long. “Sometimes I kick Daddy out of bed by accident and he ends up sleeping on the couch. He loves to sleep on the couch!” Even at six years old Sofia’s already got Daddy eating out of the palm of her hand!

When Remini met Pagan, he was a single man who had three sons from previous relationships. He joined the Church of Scientology when they were dating and when Remini left the church, he followed her. Once out of the Church, Remini became an anti-Scientology activist. She penned the book, Troublemaker: Surviving Hollywood and Scientology, where she opened with some shocking revelations.

In an excerpt that got much attention, the actress admitted, “I am selfish and self-centered… My husband is a serial cheater and my mother was a s**t.” Remini said she decided to get this out first because the church criticizes ex-members who are critical of it. “They would take something out of context or in my confessions and [put] that out on the streets,” so she wanted to get it out there first.

Remini or Pagan didn’t elaborate on his affairs. It is hinted that he was with another woman when they first met.

In 2014, Remini starred in a reality series centering around her family life. Pagan, along with Remini’s mother Vicki Marshall, both appeared in the TLC series, Leah Remini: It’s All Relative. Before their daily lives were documented in the series, their wedding aired on VH1’s Inside Out.

The show also aired a Leah Remini baby special, which documented the couple on the days leading up to the birth of their daughter. Pagan also served as producer on the VH1 specials. He also sang the main title song for It’s All Relative.