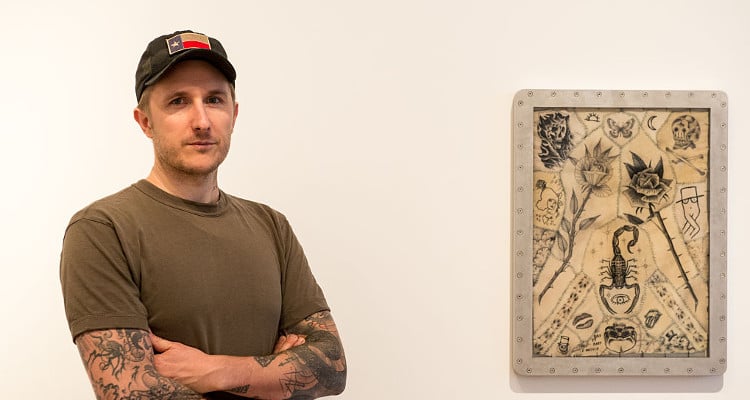 Scott Campbell spent a lot of time searching for direction about what to do with his life. He gravitated towards the arts and finally became a tattoo artist. Today, his celebrity client list includes tons of big names in Hollywood. Campbell and his actress wife, Lake Bell, have just welcomed their second child, so he is busy being a hands-on father.

Scott Campbell and Lake Bell are two of the busiest and happiest people in the world! That is because they welcomed their second child in June 2017 and are busy taking care of him. Scott Campbell, Lake Bell’s husband, is a New York-based artist and tattoo artist whose clients are mostly big stars like Sting, Howard Stern, Robert Downey Jr., Courtney Love, Josh Hartnett, Orlando Bloom, and Marc Jacobs. Scott Campbell’s tattoos have become all the rage, with many big names traveling from all over to get their tattoos done by him. While his actress wife is often in the limelight, Campbell tends to shy away from it. People are curious to know about this talented artist, so we have some details from Scott Campbell’s wiki.

Searching for a Different Life

Born on May 13, 1977 into a Southern Baptist family, Scott Campbell’s age is 40. He spent his childhood in the bayous of New Orleans, Louisiana in a very conservative family. He wanted to look for something different than the life in his town. After graduating from Kingwood High School in 1995, he debated if he should lead a typical middle-class life or branch out into something he loved. He decided to study biochemistry at the University of Texas and planned a career as a medical illustrator. However, he soon dropped out of college and moved to San Francisco.

While still in his 20s, Campbell started working as a copy editor at the City Lights Bookstore. He was interested in the art of tattooing and traveled to Asia and Europe where he tattooed for cash, before moving to Williamsburg in 2001. By now, Campbell perfected the art of tattooing, and in 2005, opened his own tattoo shop called Saved Tattoo in New York. People loved his work and soon, celebrities were walking into his shop for him to tattoo them. Campbell’s first celebrity client was the late Heath Ledger who asked him to tattoo a small bird flying on his left forearm.

Good afternoon with @marnau the Aries.

Since then, Campbell exhibited his work both nationally and internationally. He worked with Louis Vuitton’s creative director Marc Jacobs to create some leather bags for men in their 2011 S/S collection. Campbell also did a lot of experimental work in visual arts and held exhibitions in several cities around the world. However, nothing makes him happier than spending time with his family. Scott Campbell’s family with Lake Bell includes their daughter Nova and newly born boy. Campbell met Bell on the set of her HBO show How to Make it in America in 2011. Love struck, and the couple got married on June 1, 2013 in New Orleans.

Scott Campbell’s kids are lucky that their father is so hands-on. He happily raises them along with his grateful wife. According to Lake Bell, “My husband is, like, an awesome father. We co-parent. We both are doing it.” With a wonderful family beside him, a list of star clients that only seems to get longer, and positive feedback for his artistic endeavors, Campbell is in his prime. The way things look now, life can only get better for him!