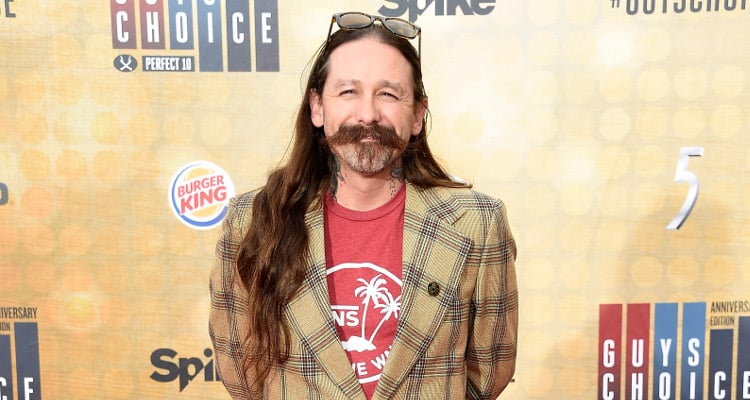 Spike’s Ink Master season 9 had a noticeable empty spot on the judges’ panel. The master of ink himself, Oliver Peck, was visibly absent for most of an episode, though previews teased he would be there. Where is Oliver Peck?

Last night’s Ink Master marked the return of Oliver Peck after a noticeable absence the previous week. Fans were relieved, but also curious to know why Oliver Peck didn’t appear for most of the Ink Master episode. The show is certainly incomplete without the Ink Master himself! Find out why he was absent and more about the celebrity tattooist in our Oliver Peck wiki.

#1. He Started Tattooing as a Teen

Oliver Peck was born in Dallas, Texas, where he began his professional tattoo career. He started from the young age of 19 and has now perfected his precise and traditional tattooing style. At the age of 46, he is known as one of the best “old school” American style artists.

He started Elm Street Tattoo in his hometown together with fellow artist, Dean Williams. In December 2016, Elm Street celebrated 20 years in the business. It is now home to 10 artists, including Peck and Williams.

Peck expanded his artistry all the way to California by setting up the True Tattoo studio in Hollywood. He is also one of the most well-traveled tattoo artists, having worked in England, Ireland, Italy, Germany, Sweden, Norway, Japan, and Thailand. Working as a tattooist and judging other artists on Spike’s Ink Master has earned him an estimated net worth of $500,000. Sure it’s not as big as famous tattooists like Kat Von D and her $10.0 million, but he’s the cornerstone of Ink Master.

Speaking of Kat Von D, she and Peck were married once upon a time! They tied the knot in 2003, separated in 2007, and divorced that same year. It was the first known relationship of the LA Ink star. She is best known for dating Jesse James, Sandra Bullock’s infamous ex-husband.

From the looks of it, their split wasn’t all that amicable. When news of her engagement to Jesse James was making headlines, Peck spoke about her ugly past in an interview. Calling her self-centered, he said she took some extreme measures to lose weight.

“Toward the end of our marriage,” Oliver said, “she was wanting to get liposuction, and she was taking drugs in order to lose weight.” He also said that her drinking was so out of hand, she threw up every day. Kat Von D famously became sober in 2008 after it interfered with her work.

But that wasn’t even the worst of his revelations. He said he tried to hold on to their marriage, despite her problems, but he ended things when he found she was cheating on him. He found it ironic that she dated a notorious cheater like James and ended Sandy B.’s marriage. He knew his then-wife was interested in James when they met Bullock and James at a party.

Signed this pair to send out to @andyskinnypants ! Thanks everyone who ordered shoes from @anchorscreenprinting … not many of these left .. #GØØDTÏMĘŠ

#3. He Has a Guinness Record

Peck made it into the Guinness Book of World Records for creating the most tattoos in 24 hours. He made 415 different renditions of the number 13 in a consecutive 24-hour period to earn the title in June 2008. An added bonus for Peck, this record was once held by his ex-wife, Kat Von D! He broke her record of 400 tattoos in 24 hours in December 2007. As expected of the Ink Master!

Tattooists do their best to impress the celebrated artist on the Spike reality show. But last Tuesday, Peck was absent during the show though the preview teased he’d be a major part of it. He only returned to offer some critiques towards the end. As it turned out, he wasn’t in the best of health.

Peck recently suffered a heart attack and underwent surgery. Details were kept under wraps, but it appears it wasn’t anything major. He returned to the judging panel last night with his unbeatable style and shiny tresses.