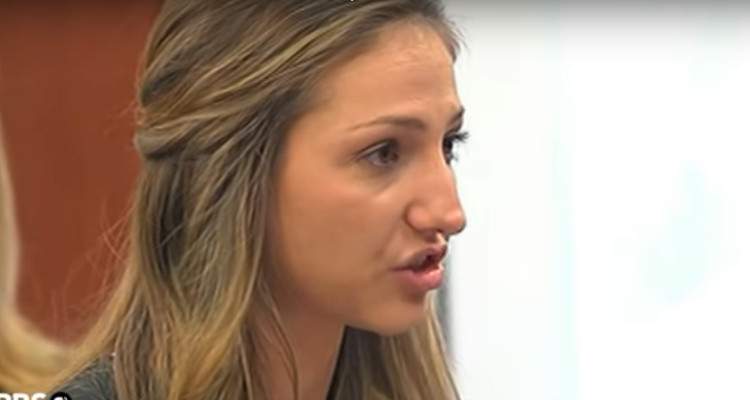 Kyle Stephens stood in the courtroom on January 16, 2018, and accused disgraced doctor Larry Nassar of sexually abusing her when she was just six years old. She spoke through tears of the pain and shame she felt all her life, after Nassar allegedly abused her when her family visited him. Stephens also holds Nassar responsible for her father’s suicide. She believes he took his life when he realized that she was indeed telling the truth about her harrowing ordeal at the hands of Nassar. Stephens asked the judge to ensure that Nassar does not walk free again. Get the full scoop, right here in our Kyle Stephens wiki.

Larry Nassar had already been sentenced to 60 years in prison on December 7, 2017, after he pleaded guilty to federal child pornography charges. However, more of Nassar’s horrific actions are coming to light as dozens of girls are accusing him of sexual abuse. He has been named in hundreds of lawsuits filed against him by athletes who have alleged that Nassar sexually abused them under the pretense of giving them medical treatment.

One of most affected young women among Nassar’s accusers is Kyle Stephens, who testified against him in the courtroom on Tuesday, January 16, 2018. She spoke bravely, describing the alleged sexual abuse while trying hard to hold back her tears.

Stephens testimony was harrowing, disturbing, and very detailed as she recounted how Nassar had violated her physically and mentally. Kyle Stephens’ father’s suicide was also spoken about, as Stephens faced the man who had taken her childhood away from her forever.

Kyle Stephens was a gymnast when she encountered Larry Nassar for the first time in her life. Nassar was a family friend of Kyle Stephens’ parents and allegedly started molesting Stephens when she was just six years old. Stephens said that she told her parents, but they did not believe her.

On Tuesday, while testifying, Stephens said, “You convinced my parents that I was a liar.”

Later, when her father realized that Stephens was indeed telling the truth, she said that he committed suicide. She holds the doctor responsible for her father’s premature death.

Kyle Stephens was the first woman to speak at the four-day sentencing hearing. She said that Nassar repeatedly abused her from the time she was six years old to when she was 12 when her family visited the doctor at his home.

Stephens was also a babysitter to Nassar’s children, and in court, she accused him of rubbing his genitalia on her and digitally penetrating her among other things.

“I testified to let the world know that you are a repulsive liar,” Stephens said in court.

Nassar bowed his head with closed eyes or looked away as Stephens spoke about the ordeal she allegedly suffered at the hands of the doctor.

Larry Nassar’s accuser, Kyle Stephens wept several times during her testimony against the doctor, who has been accused of sexual abuse by some of the biggest names in U.S. gymnastics. She told the courtroom how her accusations against Nassar tore her family apart, as her parents initially refused to believe her.

Stephens asked the judge to ensure that Nassar did not walk free to hurt anyone again.

Kyle Stephens’ testimony was so powerful that a prosecutor in the courtroom was wiping away her tears after hearing it.

Stephens said, “Without my knowledge or consent, I had engaged in my first sexual experience when I was in kindergarten.”

Kyle Stephens is a young woman in terrible pain who is praying that the man who allegedly abused her pays for his crimes. The ball is now in the court of the American legal system.