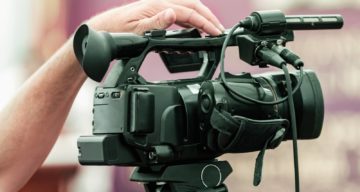 Phoenix residents have to bid farewell to a favorite weatherwoman in March 2022. Kristy Siefkin announced she is leaving Fox 10 Phoenix after a decade of covering weather in Arizona. The veteran meteorologist’s departure from KSAZ has obviously led to several queries. Regular viewers want to know where she is going next and if she will be leaving Arizona, too. Here’s what Kristy Siefkin hinted at on her last day at Fox 10.

Kristy Siefkin graduated from Duke University with a BA in psychology and an MA in multimedia journalism from San Francisco’s Academy of Art University. Initially, she was a business consultant and spokesperson with the American Kennel Club and also worked with Guide Dogs for the Blind.

Her broadcasting career began in 2010 in San Francisco. She was part of the weather team first at KRON and later at KPIX.

Siefkin came to Phoenix, Arizona, in 2012, where she joined the team at KSAZ. She’s been the weeknight weather anchor at Fox 10 for a decade.

And that era is now coming to a close. The weatherwoman announced she is leaving the station. Her last day on air was on March 1.

In a statement to her social media followers, Siefkin thanked her colleagues and viewers for their unconditional support. Although she hasn’t specified where she is going next, she has hinted at something big.

It’s unclear if Siefkin is leaving Arizona. However, her followers speculate she might be moving on to a platform with a national or global reach.

Kristy Siefkin promised to update her followers about her next job soon. Keep a keen eye on her social media for updates.