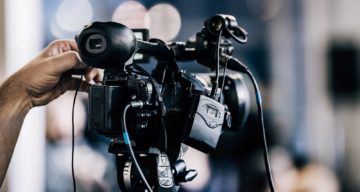 Karen Swensen, best known for her outstanding career at New Orleans’ WWL and for being Hoda Kotb’s best friend, recently stepped back from broadcast. After announcing her retirement earlier this year, Swensen capped off a three-decade-long career on February 23. While her friendship with Today’s Kotb may make the most headlines, this WWL anchor has a career that serves as an inspiration for many young journalists. From award-winning coverage of hurricanes, to encouraging her followers through messages under her Life’s About Change banner, Karen Swensen is an icon. We celebrate her illustrious career in this Karen Swensen wiki.

Karen Swensen was born on March 2, 1969. She was born and raised in Tampa, Florida, but she has also lived in Chicago, Illinois, Virginia, and Arizona due to her father’s job.

She is one of three children born to Richard and Catherine Swensen. Karen, Kimberly, and Scott Swensen’s father worked for the FBI and their mother was a teacher.

When Richard relocated his family to Chicago briefly during his career, they lived across the street from pre-fame Vince Vaughn. Richard and Catherine are currently based in Boston, according to Karen’s social media.

Karen Swensen has an undergraduate degree in political science with a minor in Spanish and a master’s degree in journalism from Pennsylvania State. She began her broadcast career in 1993 in New Orleans.

Her parents had moved to NOLA back then, and during a visit after college, she’d fallen in love with the city and decided to stay.

She got a job at WWL-TV for the first time. She was initially an assistant producer and worked her way up to on-air jobs as a reporter and anchor.

It was during her first stint at WWL that Swensen met Hoda Kotb. The Today personality was an anchor at the New Orleans CBS affiliate and Swensen was a researcher then. They struck up a lifelong friendship, as evident with Kotb often mentioning her best friend on social media.

Family considerations prompted Swensen to move to Boston in 2006 to be closer to her parents. She joined NECN where New Orleans was at the center of much of her reporting, especially hurricane rebuilding in Louisiana.

Swensen couldn’t stay away from New Orleans too long. In 2010, she was lured back to the city and to WWL. There, she’s best known for her investigative work and coverage of hurricanes, which have won her several accolades.

She retired from broadcast in February 2022 as an inspiring journalistic icon. Her last day on air at WWL-TV was February 23.

Karen Swensen was married to John Ronquillo, a New Orleans native, for 18 years. He passed away in 2018 after a long battle with cancer. He was 64.

He served in the New Orleans Police Department for three decades. He worked in SWAT, the Police Academy, the Motorcycle Unit, and as a homicide detective. After retiring, he worked as an investigator for the Jefferson Parish DA’s office.

John is survived by his wife, Karen Swensen; their children, Catherine Grace Ronquillo and Matthew Jude Ronquillo; and his extended family.

Hoda Kotb was among the many people who paid tribute to him at his passing. She also advocates for Life’s About Change, a lifestyle brand Swensen started in memory of her late husband.