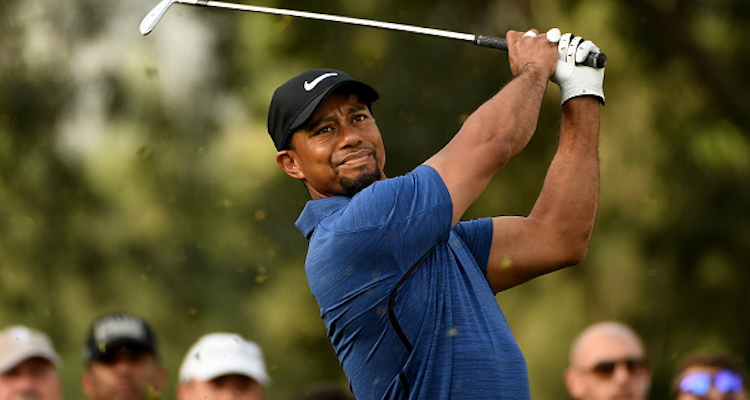 With pro golfer, Tiger Woods making headlines this morning, many are more interested in his personal life and are turning to the topic of Tiger Woods’ girlfriend, Kristin Smith.

While Woods has a book out on his landmark win in 1997 and withdrew from entering this week’s Arnold Palmer Invitational golf tournament, there are some who would rather focus on his love life and the scandal that his life once was. There are those who aren’t fans of Woods, or golf in general, but want to know more about Kristin Smith’s age, net worth, and hot pics. So, if you’re one of those people, we’ve got everything you need to know about Kristin Smith, right here.

Smith is a Personal Stylist

According to Smith’s LinkedIn account, the 33-year-old graduated from the University of Central Florida in 2005, with a degree in marketing. She is a personal stylist and owner of The CLAD Life, Kristin S. Wardrobe Consulting Group, and Sensible Investment Properties LLC. Fans can also get a look into her life on her Instagram page.

In 2015, Smith spoke to DFW Beauty Guide, when she used to live in Dallas Fort-Worth saying, “I am originally from Florida. I’ve lived in DFW for over 5 years. I’ve been styling since I was a teenager before I knew that styling was a profession.”

She added: “I would style my girlfriends for school dances help them with school clothes shopping as a hobby. I was a stylist at Saks in college until my parents made me quit because I was spending way more than I made. I took a brief hiatus from fashion to be a homemaker and have been professionally styling for 4 years. I feel incredibly fortunate to work with amazing people and make a living doing something creative that I am so passionate about.”

Smith was Married to an Athlete Before

Smith is no stranger to dating high profile athletes, like Tiger Woods. Before she started seeing the pro golfer, she was married to Gerald Sensabaugh, who retired from the Dallas Cowboys back in 2013. They have a 7-year-old son together named Isaiah.

Dinner with @thedereklam and good company

According to police records obtained by Radar, the stylist was stopped by police at Palm Beach Airport— not far from Woods’ Florida home—at around 7:30 in the morning on April 25, 2016. When Smith was stopped, police found $200,000 in cash in her possession!

In the report obtained by Radar, the attending officer stated: “Upon arrival I made contact with Kristin, who when asked about the money … stated is this going to be available to the public.”

Smith’s cousin also spoke to Radar about the relationship, but couldn’t say much at the time.

“It’s awesome, but I’m not allowed to talk about it.” The cousin’s identity was also kept a secret from the public.

If you think there is something familiar about Smith, then we wouldn’t disagree. The stylist happens to resemble Tiger Woods’ ex-wife, Elin Nordegren and ex-girlfriend, Lindsey Vonn. Woods seems to have a type, but will the third time be the charm?