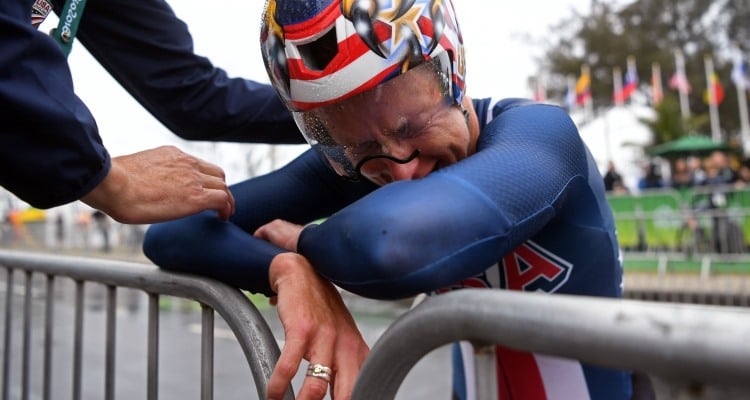 Though Kristin and Lance share a last name—that’s actually all they share. We don’t blame you for thinking that they’re related in any way or that Kristin was or is his wife, but the truth is: they just coincidentally have the same last name. People have often mistaken Kristen for Lance’s ex-wife, Kristen Armstrong (nee) Richard. Maybe Kristin (the non-ex-wife-one) should use her middle name from now on?

Kristin and Lance may not be married but their ages are close enough to be practically brother and sister or at least close friends. Kristin was born on August 11, 1973 (making her 43) and Lance was born on September 18, 1971 (making him 44). And Kristin is from Tennessee, while Lance is from Texas.

Not only do they share similar ages, southern roots, and a last name: they even share their love for cycling! Everyone knows Lance is famous for his lengthy bicycling career and the Tour de France, but now everyone is beginning to know Kristin. She recently won three gold medals after landing first place in the Rio Olympics in the Women’s road race. She won her first two medals in Beijing and London Olympics. No cyclist (male or female) from any nation has ever won three consecutive gold medals in a single event! She may not be as famous as Lance or Phelps, but she’s an Olympian in her own right.

Kristin is the director of community health at St. Luke’s Hospital, where she helps close the gap between physicians and disease prevention programs and works with nonprofit groups. Lance is also known for his philanthropy and his Livestrong Foundation, a nonprofit organization that focuses on providing support for people affected by cancer.

If you look up Kristin Armstrong’s husband, you won’t find Lance, but you will find Joe Savola. Kristin and Savola have a son together name Lucas, who was born in 2010. Lance’s current partner is Anna Hansen, whom he has been with since 2008. They also share a child, but here’s where things get really weird. Lance Armstrong and his ex-wife Kristin Richard also have a son named Luke in addition to two daughters. What are the odds that Kristin and Lance would have sons with nearly the same name, too?! And yet, they aren’t married or related, but at this point, they’re the closest thing to twins separated at birth that we’ve ever seen!

For more information on the Rio Olympics and Kristin Armstrong, click here.