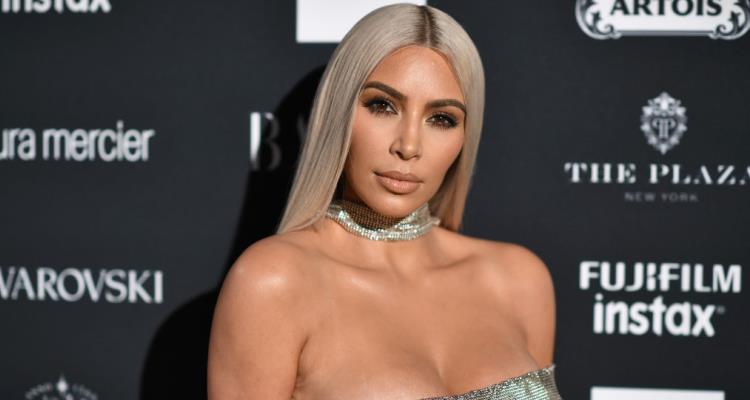 Stop the presses, Kim Kardashian is crying! In a sneak peek from Sunday’s upcoming episode of Keeping Up With the Kardashians, Kim Kardashian’s Mexico pictures are the topic of discussion and she doesn’t look happy. Keep reading if you want to get the full story behind Kim Kardashian’s beach pics and why the reality star is so upset.

We’ve all seen Kim Kardashian in a bikini (and much less) and seeing Kim Kardashian on a beach is like seeing a car in L.A. traffic. So, why is the most famous Kardashian crying? While on a girls-only trip to Mexico for her sister Kourtney’s birthday, Kim, 36, was the focus of paparazzi photos where she felt she looked unflattering in her swimsuit while on the beach.

“Like, I don’t get it!” Kim said after her assistant Stephanie Sheppard showed her the pictures on her phone. “Like, I literally don’t look like this!”

The visibly upset Kim K added, “I need to untag myself in everything. I’m literally going to go back inside and just start untagging.”

Why was Kim Upset?

For years, Kim has been the center of attention for all things nudity, and though she has never been shy before about baring it all, it seems her attack in Paris has changed her. In the show clip, Kim (with Kourtney beside her) explains how she has tried to be more aware of her surroundings, after her Paris robbery.

“I’m already having this anxiety attack over security, and I’m already just on high alert and now paparazzi’s found us…I’m doing all the steps to try to be as private and discreet as possible and then you take pictures.”

Were the Pictures Altered?

In a world of constant technology, it can often be impossible to tell what’s real and what’s fake anymore. Especially when it comes to magazine covers and pictures, which often use Photoshop to change body images. Even Kim’s younger sister, Kylie Jenner, has made an empire worth millions, based on makeup that helps you look different. Kylie herself has been at the center of reports that claimed the reality star was using makeup (and even surgery) to change her appearance. In an interview on The View, Kim said the unflattering photos of her on the beach were altered, but later admitted she wasn’t in the best shape.

According to Kim, “I was already not feeling like myself and then people were like sharpening them and making them look way worse and then those were going around.” She added, “I have thick skin and this isn’t for everyone. I can see why people get hurt and are bothered by it. I do break down at times.”

She continued, “I definitely was not in my best shape. I hadn’t worked out in about 12 weeks, I’d had two surgeries on my uterus. [After seeing the pictures] I was like ‘OK, I’m going to get it together’ and I started working out with this bodybuilder girl.”

The preview also shows Kim voicing her opinion on people who body shame others, especially for celebrities whose bodies are under constant scrutiny. She goes on to explain that the paparazzi take pictures and then scrutinize them if they’re not perfect, and that’s not okay. The whole ordeal has definitely seemed to stir up some self-consciousness in the reality TV Queen, even though she’s likely developed a thick skin by now. The bottom line; Body shaming hurts, no matter who it is.

You can watch the aftermath unfold on a brand new episode of Keeping Up With the Kardashians on Sunday, October 8, at 9:00 p.m. EST, only on E!

Thank you @hollywoodreporter for the amazing cover story on the family. Reflecting on the past 10 years has been so motivating to see my whole family work so hard and be so open with our lives! To my family- you guys inspire me everyday! What an amazing fun decade we've had! The best memories ever! Family over everything!!!