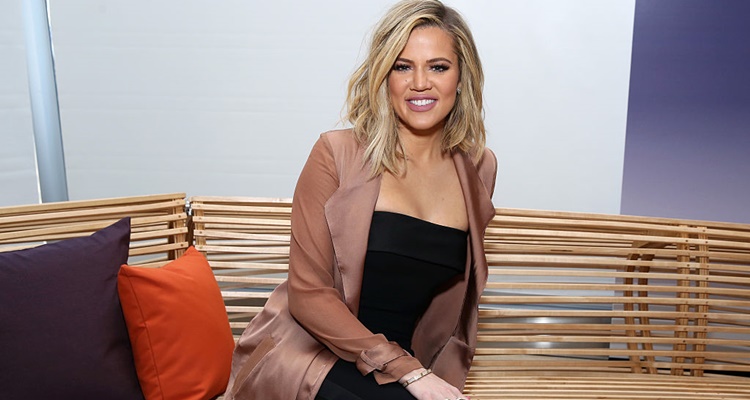 It definitely looks like the blood, sweat, and tears have paid off for Khloe Kardashian, as the younger Kardashian sibling flaunted her curvaceous derriere and abs for her 60 million followers on Instagram. The blonde beauty unveiled the first look of her show today (Wednesday, November 16) with a clip describing her weight loss struggles. The eight-episode series has been pitched to audiences as a cross between successful reality shows The Biggest Loser and Extreme Makeover.

Khloe Kardashian Will Document the Fitness Journey of 16 Overweight Participants

Revenge Body with Khloe Kardashian will fill up E! Network’s Thursday slot from January 12, and will showcase 16 overweight participants battling it out in the gym, as well as fighting their junk food cravings. The Keeping Up With the Kardashians star will personally look into the progress of each participant, as she gets to know them in their fight against fat. She will try to understand their unique perspective as they narrate their struggles with weight, and give them tools to get back up and continue their journey to fitness.

Revenge Body is described as an unscripted original series, which will be produced by Khlomoney Entertainment and Rogue Atlas Productions, in association with Lionsgate Television and Ryan Seacrest Productions. Thankfully, fans won’t have to wait much longer to get a sneak peek of the show already poised to become a hit. After the trailer of the show was released, it was revealed that a special half-hour preview of Revenge Body with Khloe Kardashian will be airing Wednesday, November 23 at 9:00 p.m. EST on E!

The timing of the series is perfect as it coincides with the new year, working to convince participants to keep their resolutions as they get a once-in-a-lifetime opportunity to rediscover and reinvent themselves. The hour-long episodes will feature celebrity fitness gurus, trainers, and nutritionists like Gunnar Peterson, Luke Milton, Jorge Cruise, Harley Pasternak, Corey Calliet, Latreal Mitchell, Lacey Stone, and Simone De La Rue, who will expertly guide the 16 contestants to a state of good health and well-being. After a grueling fitness regime, the participants will be given wardrobe makeovers and cosmetic procedures to stun their family and friends.

In the interview for the promo, Kardashian addresses her lifelong struggle with being overweight. The TV personality, who is dating Cleveland Cavaliers’ Tristan Thompson, confessed, “I was always overweight as a kid. If I was stressed out or sad, I would eat. So, I had to learn how to then put all of my energy into something positive and healthy for me, which how I fell in love with working out.” Being a member of the Kardashian family could not have been easy, as Kardashian had found herself in the spotlight being labeled as “the fat Kardashian.” This show will not only give her the chance to help people whose struggles she understands, but also branch away from her family’s reality show, and make a name for herself.

Khloe Kardashian ends the exciting teaser for her reality show with some sage words of advice, “It’s not about a weight number. It’s about how you feel. You’re going to start to transform your body, and you’re going to have this revenge on this life that you once had that you won’t even want any more. Let’s make our haters our biggest motivators.” Preach Khloe!

“It’s not about a weight number. It’s about how you feel.” – Khloé Kardashian ???? #RevengeBody premieres Thursday, January 12th with a preview special NEXT Wednesday, November 23rd at 9/8c only on E!

Don’t miss the exclusive preview of Revenge Body with Khloe Kardashian airing next Wednesday, November 23 at 9:00 p.m. EST. The series will premiere on Thursday, January 12 at 8:00 p.m. EST only on E!.