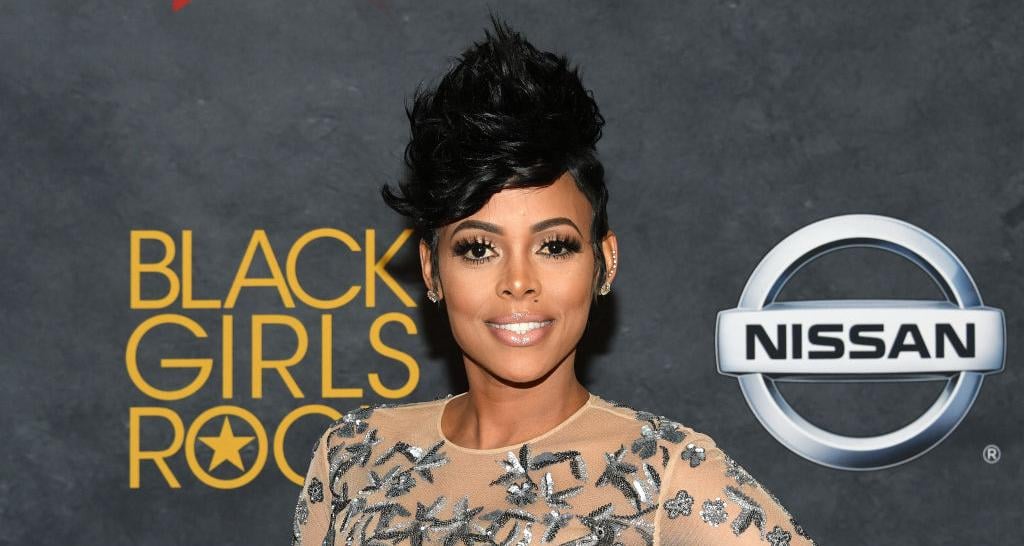 Following her father’s murder, Keyshia Ka’oir arrived in the United States at the age of 17 and struggled to educate herself. She launched her career as a hair stylist before taking up modeling and acting assignments. Today, she is a successful entrepreneur with several companies of her own and an expert in matters of cosmetics and hairstyles.

With a healthy net worth of $10.0 million and a loving and caring husband like rapper Gucci Mane, Ka’oir is looking forward to a fantastic future for herself and her family.

Ever since rapper Gucci Mane and Keyshia Ka’oir got married in a lavish wedding on October 17, 2017, the couple has been under the spotlight for their lavish lifestyle and the bond they share.

Keyshia Ka’oir is especially the center of attention. After all, she patiently waited a long time for Mane to get released from prison and never gave up on him.

Ka’oir is a successful businesswoman in her own right. She has three thriving companies named Ka’oir Fitness, Ka’oir Cosmetics, and Ka’oir Hair, which she launched in 2017.

A Tragedy in the Family

Born on January 10, 1985, in Kingston, Jamaica, Keyshia Ka’oir’s age is 33. Ka’oir’s father was murdered when she was a child, and she later moved to the United States when she was just 17 years old. She completed her schooling in the U.S. and lived in Boca Raton, Florida, for a while.

Ka’oir started out as a hairstylist. But she soon realized that she had a gift for making people look attractive using a variety of cosmetics.

Working on a Dream

Her real name is Keyshia Dior Watson, but she is better known by her professional name, Keyshia Ka’oir.

Ka’oir’s first business venture was a hair salon in Boca Raton, Florida, but her real dream was to become a successful entertainer. So, she started taking acting classes in 2009 and luck smiled at her, as she began receiving offers to star in music videos.

Ka’oir got her first break in the video for the song, “Say Something,” by Drake and Timbaland. It was through another video shoot that she met her future husband, Gucci Mane, a few years later.

Later, Keyshia Ka’oir became a successful model and actress as well. But she also made it big as an entrepreneur.

Ka’oir is the owner and CEO of a cosmetics company called Ka’oir Cosmetics. It has become a famous brand since 2011 and is contributing millions of dollars to her kitty ever since.

Ka’oir Cosmetics has several beauty products to offer to its customers, but it’s her range of brightly colored lipsticks that has put Ka’oir and her cosmetics brand on the map.

In an interview, Ka’oir said that she started the trend of wearing brightly colored lipsticks with glitter way back in 2010. And this was before other celebrities started using them, making them popular.

Ka’oir Cosmetics mission is to unify women of all complexions, and she later launched a pink lipstick called “Survivor.” The majority of its sales proceeds goes towards increasing breast cancer awareness and the Susan G. Komen Breast Cancer Foundation.

Another bestselling product that has made plenty of money for Ka’oir is the Ka’oir Waist Eraser, which she sells under the aegis of Ka’oir Fitness. Also known as Keyshia Ka’oir’s waist trainer, it reduces the fat on your body and makes your waist, stomach, and back look slim and fit.

Other products that are sold from the Ka’oir Fitness line are the Ka’oir Thigh Eraser, Ka’oir Body Burner Slimming Cream, Ka’oir Slimming Tea, and the Ka’oir 14-Day Weight Loss Plan.

Another Feather in Her Cap

Ka’oir is known for her glamorous and ever-changing hairstyles. So, it came as no surprise to her fans and industry watchers when she launched a new line of wigs called Ka’oir Hair in 2017.

The hair collection consists of several lace wigs from Ka’oir’s personal style, including her recent flaming orange bob, among others.

The wigs feature natural hairlines and bleached knots, and come with combs. They can be used as glueless units with stretchy and adjustable caps. The price range starts at $475 and can be fully customized to the user’s needs.

Thanks to the brisk sales of her products, her appearance on TV programs, and her acting career, Ka’oir has a tidy estimated net worth of $10.0 million and growing. That’s one of the reasons that made her wedding to Mane an event that everybody wanted to see and talk about it.

Before Ka’oir got together with Mane, there were rumors that she dated his former label mate, Wali Da Great, for a while. There were also rumors that she had a sister named Tanya Dazzle, who was not invited to her wedding. She was even rumored to have three kids who were hidden away in her native Jamaica!

Ka’oir has strongly denied these rumors on multiple occasions and said that they were false.

The Wedding of the Year

Ka’oir’s wedding to Gucci Mane was a big event. Millions got to see it on BET, which aired the run-up to the wedding and the main event as well.

The wedding cost the couple a cool $1.7 million, and guests were treated to a 10-foot tall, $75,000 wedding cake that the newlyweds had to cut with a sword.

And no expense was spared for the bride-to-be’s engagement ring either. Gucci Mane’s wife’s ring was a 25-carat diamond ring, which cost an estimated $3.0 to $5.0 million.

Keyshia Ka’oir’s wedding dress was a white gown that sat well with the theme of the wedding, which was an all-white affair, including the huge wedding cake.

Mane and Ka’oir have kids of their own with former partners. They were present at their wedding as both wanted the kids to be part of their big day.

Ka’oir has often said that they do not like to bring their kids under the spotlight. The couple believes that their kids should have a normal childhood just like regular children.

However, both Ka’oir and Mane live with their kids as one big happy family in their expensive home outside of Miami, Florida, and have a lot of fun spending time together.

What many people do not know is how Ka’oir and Mane got together in the first place.

In 2010, Ka’oir was XXL Magazine’s Model of the Year and appeared on its cover. Mane was in prison at that time but noticed her immediately on the cover and told his people to contact her. The rapper wanted her to star in his next music video.

When Mane came out of prison, he met Ka’oir at the video shoot and the couple hit it off. They started dating, and Ka’oir discovered that despite what she had heard about him, Mane was a perfect gentleman.

When Mane went to prison again for three years in 2014, he gave Ka’oir $2.0 million of his own money for safekeeping. Being the smart businesswoman that she is, Ka’oir invested the money in real estate and business.

By the time Mane got out of the slammer, she tripled his money in three short years and waited for her man to be free again.

When Mane asked for her hand in the middle of an Atlanta Hawks game next to the basketball court on November 22, 2016, it was one of the most memorable life moments in Ka’oir’s life. She was surprised but managed to say a yes, even as millions of viewers got to see it live on their screens.

Ka’oir occasionally likes to spend money and indulge herself. In fact, she once spent $1.0 million in a month, including $100,000 on purses alone. Luckily, she now has a financial planner who advises her on how to best manage her finances so that she is always prepared for the future.

A Love for Cars

Ka’oir has several cars of her own, including a Lamborghini that cost her $700,000. But the one she is most sentimental about is the blue-colored one that Mane gave her as a gift on their wedding day.

When Mane showed her the expensive car, Ka’oir couldn’t believe her eyes. The happy couple even took a short ride in it to have a few private moments away from everybody.

I didn’t come to play witch u hoes period ??

Having a Fun Time

Now that Ka’oir is married to Gucci Mane, the couple tries to spend as much time as they can with each other. You can find ample proof of their togetherness by checking out Keyshia Ka’oir’s Instagram account, which is full of pictures of the couple strolling on a beach, attending parties, eating out, watching basketball games, and simply hanging out.

There are also many pictures of Ka’oir alone in sexy dresses, dancing at clubs, and her blue “glacier” car. You’ll see posts of her cosmetics line and lots of before and after pictures of customers using the Ka’oir Waist Eraser.

It is clear from her Instagram account that Ka’oir is a dynamic and enterprising lady who has a sharp business mind and an eye for beauty.

A Role Model for Young Women

Ka’oir has been successful in every venture of hers, whether it be modeling, acting, or entrepreneurship. However, she considers her relationship with Gucci Mane and their family as her biggest achievements.

Keyshia Ka’oir is a role model for ambitious young women who want to be financially independent. She has proved that if you have dreams and back it up with hard work and determination, nothing is impossible for a woman to achieve.