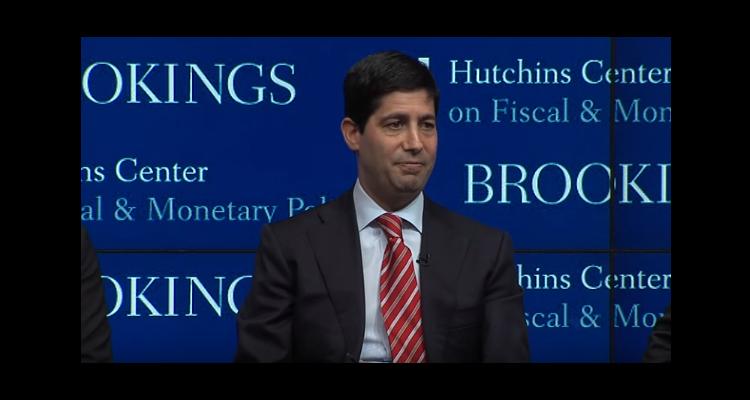 Who is Kevin Warsh? There’s a quest for someone to fill the spot to lead the central bank and some believe Kevin Warsh and Donald Trump’s meeting could have something to do with it.  For information on Kevin Warsh’s net worth and more, get to know him with our Kevin Warsh wiki.

Who is Kevin Warsh?

Kevin Warsh, 47, was born on April 13, 1970 in Albany, New York and is a former federal governor. He received his degree in public policy from Stanford University, where he concentrated on political science and economics. He later received his law degree from Harvard Law School. He also took courses in business at Harvard Business School and MIT Sloan School of Management. Warsh’s political career began when George W. Bush was in office and after seven years at Morgan Stanley, where he served as vice president and executive director.

In 2002, Warsh married Jane Lauder, the granddaughter and heiress of cosmetics giant, Estée Lauder. This makes Warsh’s father-in-law billionaire Ronald Lauder, who has known the president for five decades and went to Wharton School of the University of Pennsylvania together. Trump also launched a cologne with the company called “Donald Trump, the fragrance” in 2004. Lauder has an estimated net worth of $3.5 billion and has been a strong Trump supporter since the very beginning.

Warsh’s meeting with the president has caught everyone’s attention and many believe that he’s next in line for the federal reserve chair position.

“Usually you try to keep these things secret,” Alan Blinder, visiting fellow at the Brookings Institute, told CNBC. “It’s not a secret that Kevin Warsh is on the very short list.”

The current occupant of the position is Chair Janet Yellen, but it’s unlikely she will be reappointed after her term expires in February, since she was appointed by former President Barack Obama and is a registered Democrat. Trump also heavily criticized Yellen during the campaign and said “she was using monetary policy to prop up the economy in order to make former President Barack Obama look good,” according to CNBC, but since has said he has come to respect her.

But it’s also possible that Trump could renominate Yellen, which would show some stability and growth in his administration.

“She’s a known quantity, and there is less risk of disrupting the financial markets if the president renominates Dr. Yellen,” said Brian Gardner, managing director of Washington Research at Keefe, Bruyette & Woods. “Although President Trump is unorthodox in many ways, every president wants calm financial markets.”

Lauder has also been an asset for Warsh, especially since he’s been lobbying for Warsh and has the president’s ear. Trump has made a habit of picking former Wall Street types (like himself) and chooses loyalty above all else, sometimes even above quality.

“Anytime someone has a connection to someone who’s powerful or famous, it matters immensely to Donald Trump,” Trump biographer Tim O’Brien said.

Looks like we will have to look out for Kevin Warsh’s Twitter account and see what happens, one way or the other. Then again, it’s probably more likely President Trump himself will tweet it first.