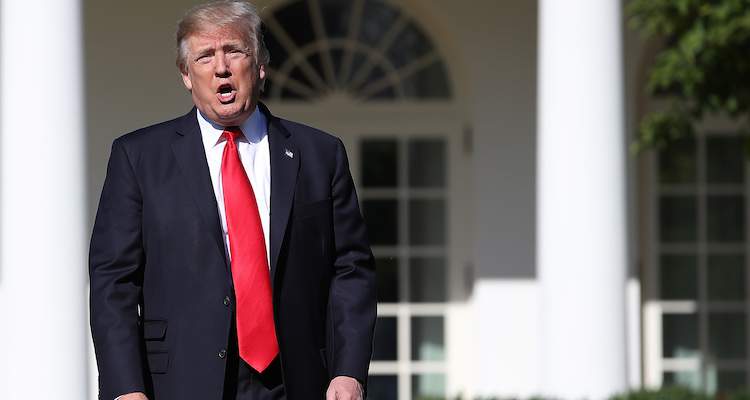 According to React365, Donald Trump will end child support in 2018.

Is Donald Trump ending the child support law? Many have claimed that child support in 2018 will not exist and if that’s true, it will be yet another reason for people to blame the president. If you want to know more about President Donald Trump on child support, then we have what you need.

Is Donald Trump getting rid of child support? This is a question that is trending today, after a fake news report that falsely quoted Donald Trump surfaced online. As much as certain Trump critics would love for this story to be true, it’s simply another case of fake news. Recently, website React365 suggested that the president and Congress agreed to put an end to all child support payments, starting in 2018.

The website wrote: “Donald trump and congress members held a meeting to pass a law stating that in 2018 all fathers that’s on child support will be taken off and women will no longer be able to put men on child support no matter if he doing for his child or not. Trump also stated ‘ we have men that’s paying child support and they still can’t see their kids or they paying child support and the female parent is not using that money for a good need or doesn’t spend a dime on that child/kids. So my goal is to have this law passed before we enter into 2018. I am your president of the united states may we make America great again. [sic]’”

(The grammatical errors alone are enough to make you question its validity.)

React365 also stated that the president and U.S. Congress voted on the bill and that people were unhappy about it. That would be the case, if the story itself were even true. It’s fake news alright, but this time it wasn’t generated by Trump’s PR team. The original site doesn’t have any credibility and was riddled with grammatical errors on top of unverified sources.

According to Snopes, React365 is just another “prank generator” with the main purpose of creating fake news to help build rumors on social media. What’s worse is that many believed that ending child support is something that the president might be capable of doing! So far, President Donald Trump’s child support law is still in tact. For Trump, ending child support would be considered career suicide.

Trump by the Numbers

After suffering from a lengthy period of unpopularity, it seems that Trump’s stock has increased, according to Politico. While the Emmys’ ratings were down, the president’s went up and he naturally took to Twitter to shame the award show in yet another game of “clap back.”

“I was saddened to see how bad the ratings were on the Emmys last night – the worst ever,” Trump tweeted. “Smartest people of them all are the ‘DEPLORABLES. [sic]'”

Trump still hasn’t been able to reach people beyond his usual supporters, and his comments after the Charlottesville incident didn’t help with his public perception. It turns out that Trump’s handling of the recent rash of hurricanes didn’t completely harm his presidency, but he and his wife, Melania (who wore heels during a post-flood visit) were still on the receiving end of some criticism. But are you surprised?