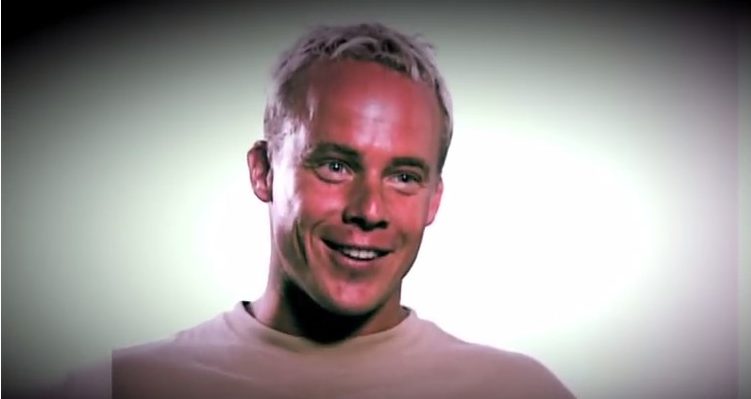 Kevin Robinson developed a passion for BMX riding at a young age and dedicated his life to the sport. Robinson won top awards at many competitions, especially the prestigious X Games, and also set several world records and was listed in the Guinness World Records. He founded a non-profit organization called K-Rob Foundation, which helped impoverished children to play sports by paying their fees and buying gear. Robinson passed away on Saturday morning, December 9, 2017, due to a stroke, leaving behind a devastated wife and three children. Keep reading to know about his life and career right here in Kevin Robinson’s wiki.

BMX veteran Kevin Robinson has died at the age of 45. Fans of the daring rider and the sport itself are shocked about his death. So, how did Kevin Robinson die?

Kevin Robinson’s death was due to a stroke, and he passed away on Saturday morning, December 9, 2017. His wife, Robin Adams Robinson, said that “it was completely unexpected.”

@robinrobinson110 & I are off to Jamaica for the week! See y’all soon! WEEEEEEEEEEEE!

Had he survived, Robinson would have turned 46 on December 19, 2017, but that was not to be. The news of Robinson’s death was confirmed by NBC 10 News in Rhode Island.

One of his relatives, Taegan Salera, spoke about Robinson’s passing and said, “Today my family lost a very special person. Rest easy Uncle Kevin, you’ll be missed, and we will never forget you.”

Kevin Robinson’s BMX career started in the mid-1980s. He rose from the New England BMX hotspot to gain international stardom after he joined the Hoffman Bikes team in 1992.

Robinson grew up in East Providence, Rhode Island, a place where there was little scope and support for BMX riding. He had to regularly fight changing weather conditions and the lack of a ramp or skate park in his hometown. So, Robinson would go out of town with his bike and ride for hours, enjoying himself as he tried to master a variety of stunts.

Finally, at the age of 20, Robinson went professional and started looking for ways to have a professional career.

Robinson struggled initially, and after appearing in 11 ESPN sponsored X Games, all he had in his kitty were three bronze medals. He wasn’t happy with his performance, so he worked hard to improve his skills.

His hard work paid off, and Robinson won gold in Big Air at the 2006 games in Los Angeles, California, becoming the first rider to land the “double flair.” A double flair is two back-flips with a 180-degree twist and very difficult to complete.

By the time Robinson finished his participation at the X Games, he had 10 medals, including four gold medals. He even pulled off a stunt that nobody had done before him by going 27 feet above a quarter pipe in 2008.

Also Read: What Happened to Turia Pitt? How Did She Get Burned?

When he finally retired in 2013, Robinson had spent nearly 25 years riding the BMX bike and making the sport popular. He came back briefly in 2016 to attempt a Guinness World Record for the longest power-assisted bicycle backflip ever done.

I had such a fabulous time today performing at #francistbresnahanelementaryschooThe staff and students were completely awesome! @playagainnow @hoffmanbikes @gformprotects

Even though he failed at his first attempt, Robinson dared to try again, and he landed successfully in his second attempt in front of a live crowd for ABC’s World of X Games. His completed jump span was 84 feet, and he dedicated his record to the “great state of Rhode Island.”

Robinson was that rare individual who gave back to society and helped others to find meaning in their lives. He started his own philanthropic foundation called the K-Rob Foundation. It is a non-profit organization that helps and works with the deserving children of East Providence so that they can play sports.

The foundation buys hats and pays for children’s participation in sports like football and baseball. It also organizes free community events and has a big family fun festival on June 8 every year.

Robinson had also started a new protective gear line for children called Grindz. The pads are well made to protect kids from getting hurt. They also look cool so that kids won’t have a dislike for them.

As news of Robinson’s death spread, tributes and condolences from friends, colleagues, and fans have been coming in.

Mat Hoffman, his friend and BMX sponsor, said via Instagram, “I’m completely shocked, like the rest of our world is. Kevin had the biggest heart. He is eager for every day. Like he was a little kid going to a carnival. He is enthusiastic for every step he took. He is the proudest parent, loyal, loving, caring and tough as hell. He is one of a kind.”

Rest in peace, Kevin Robinson. You will be missed.