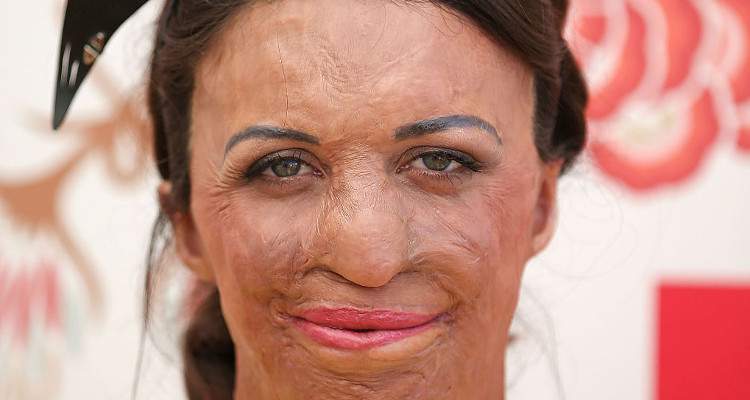 Turia Pitt was young, beautiful, healthy, with a budding career in modeling, before a freak firestorm engulfed her when she was running a marathon in the outback of Australia. She suffered burns to over 70% of her body and several of her fingers had to be amputated. She survived because of the donors who gave her skin grafts and the expertise of the doctors who treated her. After several years of treatment and recuperation, Pitt is living an amazing life with her husband, and the two just welcomed their first baby! We’ve got more on her incredible story here.

Former model Turia Pitt could never be fully compensated for what happened to her on that fateful day on September 2, 2011, in Kimberley, Northwest Australia, but the money she was awarded helped her a great deal. Pitt was reportedly awarded a $450,000 settlement by the state government as an “Act of Grace.” At that time, the Western Australia Tourism Minister Dr. Kim Hames had said that the money was to “assist in alleviating her financial stress while she explores other options.” Even today people ask questions like, “What happened to Turia Pitt?” and “How did Turia Pitt get burned?” We will tell you all we know about the harrowing Turia Pitt story, right here.

Engulfed By a Grass Fire

Turia Pitt, who was 23 years old at that time, was working in the field of mining engineering when she decided to participate in a marathon race in the outback of Australia. Initially, she was reluctant to take part in it because she thought that the $1,350 entry fee was too high. However, two weeks before the event started, Pitt was invited by the organizers to compete for free.

But things took a devastating toll later during the race when Pitt and three other competitors became trapped by a bushfire in a narrow, rocky gorge. It was a sweltering day, and the unthinkable had happened. Flames from a “freak firestorm” melted her face and burnt 70% of her body. Pitt and a fellow runner had to wait for over four hours in that burnt condition before help arrived.

Also Read –  What Happened to Drew Brees’ Face? How Did he Get his Scar?

A Screaming Wall of Fire

A few years ago there is no way I would even let this candle in the house! How I overcame my fear of fire + tips on how to overcome your fears in today’s newsletter too. Link in bio.

Pitt recounted that unforgettable day back in Australia that changed her life forever. She was in the “middle of nowhere” in outback Australia when she saw a “wall of flames” and desperately ran away. Pitt remembers, “When the fire finally caught me I remember looking down at my hands and arms and they were both ablaze. I was just screaming with terror.” Pitt was fully conscious during this horrific time but does not know exactly how the flames went out. When she was finally taken to the hospital, doctors decided that massive skin drafts were required but there were none in Australia. Doctors desperately searched for real skin all over the world and finally found some in the U.S. However, four fingers and a thumb had to be amputated.

Forty-eight skin grafts from the backs, legs, buttocks, and abdomens of recently deceased persons were collected from 16 donors and sent by flight to Sydney. The doctors put in a superhuman effort and saved Pitt from inevitable death. Pitt recalls, “Fortunately for me, the skin came through, and the doctors performed miracles and brought me back from death three times.”

By the end of 2016, Pitt had made a full recovery and even ran a triathlon. Today Pitt is very grateful for the families of the 16 donors who provided the skin grafts that saved her life. She wrote a letter of gratitude to them saying, “Your loved one’s skin was a tissue that was used on me. It was a skin that saved my life. Because of your son or daughters gift, I’ve been able to live my life to the max. I’ve walked across the Great Wall of China, I’ve done the Inca trek, and I’ve cycled my bike around Australia…. I’ll be eternally grateful to you and the rest of your family and friends for this generous and very gracious gift.” Turia Pitt is a living example of how faith, willpower, positivism, and determination can make a life full of darkness into a blazing life of hope.