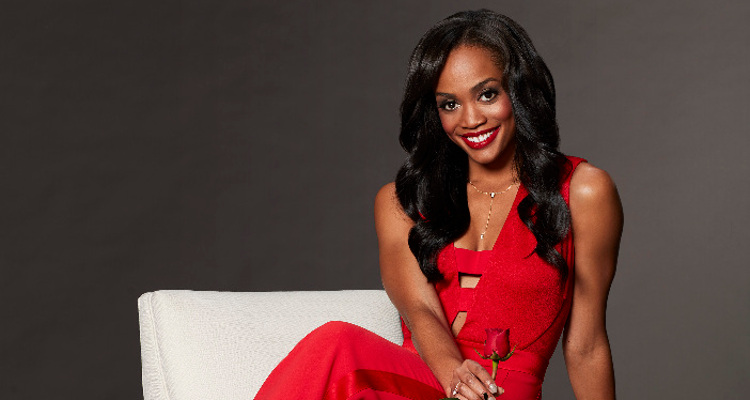 With the premiere of The Bachelorette Season 13 just around the corner, fan-favorite Rachel Lindsay’s journey to find love will soon unfold. We’re dying to know more about the guys. Who’s Kenneth Moreland, The Bachelorette contestant? We’ve got the scoop!

The Bachelorette 2017 premiere is almost ready to air, and the anticipation is rising. Bachelor Nation is dying to know more about the men courting Rachel Lindsay. We’ve already been introduced to a few of them on The Bachelor 2017 After the Final Rose special. A little digging on the Internet has revealed more of the guys who make an impression on Rachel. One of the contenders is Kenneth Moreland. Before the Season 13 premiere, you can learn more about him right here in our Kenneth Moreland wiki.

He is from Chicago

Moreland has his Instagram set to private, and it will remain so until the show premieres. It’s unfortunate since we would likely be able to learn a thing or two about his family and lifestyle from his social media activity. Well, at least we have his LinkedIn profile so we know about his job and where he is from.

Moreland is from Chicago, Illinois. He got his Bachelors and Masters degrees in accountancy from the University of Illinois at Urbana-Champaign, where he also studied Spanish. He is part of the university’s career-related groups and has had a few jobs while living in Chicago.

He started his professional life as an intern for Procter & Gamble, before working as a finance analyst for Pepsi Co. Then, he was an audit associate for a finance firm and also worked at Nike as a business analyst. Moreland has worked at Groupon for more than five years, first as a planning analyst and now as a senior analyst. The 29-year-old’s net worth hasn’t been calculated, but his reality TV stint will certainly add to it!

He Has a Cool Sense of Humor

Though we only have his LinkedIn profile, it’s obvious from his witty descriptions that Moreland has a sense of humor. Just check out his description of his analyst position at Groupon: “I analyze cities and hold them hostage. Give me all your disposable income!!” His special skills include speaking Spanish and asking questions. Besides, how else can you describe being a financial analyst better than, “I analyzed the financials!!!” As an audit associate, he verified the accuracy of what his clients asserted, which means you couldn’t lie to him.

We know Rachel likes a guy with a great smile, but how about a guy who can make her laugh?

He is a Sneakerhead

We don’t know if it’s just his witty humor or the truth, but the guy is a sneaker aficionado. Moreland’s Instagram pics may be hidden, but his rather descriptive bio reads, “Likes: Cookie Skillets x Sneakers x Fitness x Laughter. Dislikes: single ply toilet paper x first/last slice of bread.” Though we can all agree that his dislikes are valid, instead, let’s talk about his love for sneakers.

We know he worked for Nike where, as he put it, he worked with “sneakerheads.” His job as a business analyst was “trying to make Nike profitable.” Like it wasn’t already! But we can see where his sneaker obsession comes from. His Twitter bio also adds desserts and bow ties in his list of likes, and he quotes Lupe Fiasco; “It takes half of your bubble bath to match my freshness.” We can’t disagree.

The Bachelorette Season 13 premieres May 22 only on ABC.