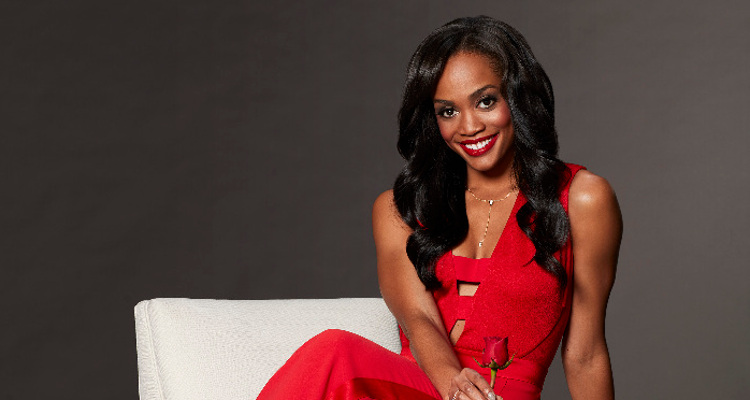 DeMario Jackson had a confident start when he met The Bachelorette 2017, Rachel Lindsay, but he has a long way to go. Jackson is just one of the many contestants trying to win Lindsay’s heart. Considering how smart she is and how accomplished the other contestants are, it’s not going to be easy!

Jackson was the first contestant to meet the gorgeous Rachel Lindsay. When he first got the chance to meet Rachel, he brought with him two plane tickets and a ring, in case Lindsay wanted to elope in Las Vegas. “I’m extremely excited that you’re the Bachelorette. You don’t have to meet any more guys. I’m the guy for you,” he exclaimed. If he can be that confident during their first meeting, we can’t wait to see what happens in the competition when The Bachelorette 2017 starts on May 22!

DeMario Jackson lives in Los Angeles, California and is 30 years old. Jackson’s job is a recruiting consultant for Michael Page. He attended California State University, Fresno, but graduated from the Fashion Institute of Design & Merchandising (FIDM) with a BA in Product Development in 2009. There are rumors that he was chosen to be on The Bachelorette after being spotted at a club that hosted a few cocktail parties from the show’s previous castmates. There is no information about DeMario Jackson’s net worth right now, nor are there details about DeMario Jackson’s family, parents or siblings, but we are hoping that more surfaces once The Bachelorette 2017 kicks off!

Jackson definitely made a big impression on Lindsay, even though he met her for just a quick moment. After meeting DeMario Jackson and the other three contestants, Lindsay said, “I obviously expect to see a wider pool of African-American men just because that’s me, but what I’m excited about is I’m hoping that my cast reflects what America looks like. I don’t [exclusively] date African-American men. I’ve dated all races before, and so I’m hoping the cast reflect what American looks like and I’m excited that my season is hopefully the one that has the opportunity to do that.”

Being Chosen is No Easy Task

Fans of The Bachelorette have taken a liking to DeMario Jackson, with many hoping he at least makes it to the final five. However, it is not going to be easy for him to be chosen over the other contestants, as they too are accomplished in ways that Rachel Lindsay is bound to admire. She knows what she wants and will not allow herself to be pressured saying, “Honestly, I don’t want to go into this process with any preconceived notions or any pressures to do something for somebody else. I hate to sound selfish, but it’s my process. It’s my journey in finding love. Whether that person is Black, White, Red, whatever – it’s my journey. I’m not choosing a man for America; I’m choosing a man for me.”