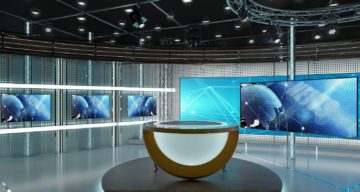 Kathy Levine was one of the OG queens of QVC. Her witty ad-libs, charming personality, charismatic style, entrepreneurial skills, and friendships with personalities like Joan Rivers, helped her rise to home shopping stardom throughout the 1980s until 2000. QVC loyalists had not forgotten this queen. So, it’s no wonder they were ecstatic about her return as a guest host on QVC in 2022. Newer fans want to know all about this spectacular host. We reveal more about her path to QVC and back in this Kathy Levine wiki.

Born Kathy Kauffman in September 1951, she is a native of Allentown, Pennsylvania. She is one of three children born to the late Pat Seinfeld and the late Dr. J. Arnold Kauffman.

After her father passed away in 1997, her mother remarried. Her second husband, Dr. Lee Seinfeld, also passed away.

Kathy posted a heartfelt social media tribute to her mother when she passed away in 2011. Pat Seinfeld was well known in the community. She was the first female president of the Jewish Community Center in Allentown. She was also a fashion consultant with H. Leh & Co. and a civic fundraiser.

Pat and Arnold are survived by their daughter, Kathy Levine; sons, Ron and Bruce Kauffman; and their respective partners and children.

After graduating from William Allen High School, Kathy Levine left her native city of Allentown for college. She earned her BS in Spanish education from Long Island University.

Initially, she was an interpreter of Spanish immigrant patients at a doctor’s office but soon got bored of the medical field. She then had a short stint in the hospitality industry, which taught her about sales.

A friend then told her about a job in West Chester, Pennsylvania, where they wanted people who could be witty and knew how to sell. She responded to the job ad and landed the spot on TV at QVC.

Levine’s QVC career began in 1986. Much like friends and clients turned to her mother for fashion tips, Kathy Levine rose to prominence for her style recommendations on the popular home shopping network. She is reportedly responsible for a $150.0 million chunk of QVC’s almost $3.0 billion sales at that time.

After 14 years of engaging QVC viewers, Kathy stepped away from home shopping to venture into the highly competitive daytime talk show arena. But the talk show tanked with little success.

However, Levine hadn’t lost touch with her TV roots. After leaving QVC, she began her own venture, training on-air sales talents. This is the closest anyone could get to learning Kathy Levine’s tricks of the trade.

And she is still unstoppable! Joan Rivers’ BFF made her return to QVC in 2022. But this time around, she is going to sell her own jewelry line within QVC’s collection, Diamonique.

Before she arrived at QVC, Kathy was married to Jay Levine. It’s unclear when and how that marriage ended.

Towards the end of her first stint at QVC, Kathy met Steve Taub, an alum of The City College of New York and Carnegie Mellon University. He’s an environmental services consultant who was fresh off the heels of a divorce and had raised a family for 30 years when he jumped back into the dating scene.

The talk show was not the only reason to quit QVC the first time. Levine also wanted to pay more attention to the next chapter of her and Taub’s life. After she left QVC, Kathy Levine married Steve Taub on December 10, 2000.

Also Read: Who Is Lindsey Granger? Meet the Anchor of “Daily Blast Live”

Details about Levine’s kids are unknown. She is a stepmom and stepgrandmom to Taub’s kids and grandkids.