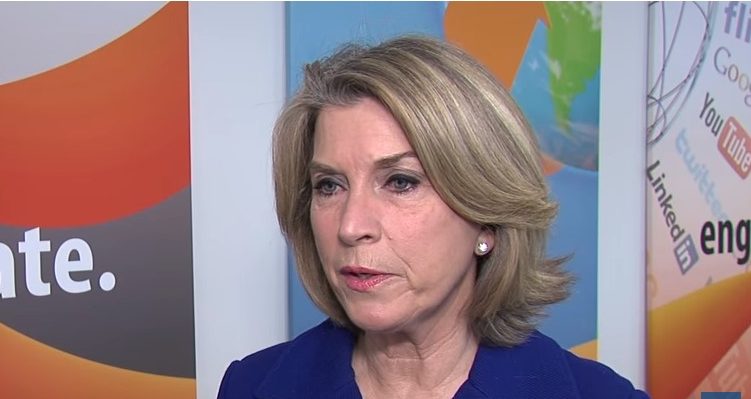 Kathleen Matthews had a long and fruitful career in journalism and television before she handled global communications for the Marriott International. Matthews then turned towards politics and is now serving the people of Maryland as a member of the Democratic Party. She is on the board of several organizations that promote theater and other performing arts, and she lives with her family in Chevy Chase, Maryland. Her husband, Chris Matthews, has been accused of sexual harassment by a website and people are awaiting her response to this accusation. Keep reading to know more about Chis Matthew’s wife in our Kathleen Matthews wiki.

The juggernaut of sexual harassment accusations against powerful men entrenched in critical positions continues to roll on, with the latest person to be vilified being Chris Matthews.

Chris Matthews is an American political commentator, talk show host, and author. Matthews is well known for his nightly hour-long talk show, Hardball with Chris Matthews. He hosted The Chris Matthews Show, a panel discussion program on weekends on NBC News from 2002 to 2013, and has appeared on other NBC and MSNBC programs, as well.

Hardball is now available as a podcast!! You can listen to the full show on the go, anytime. Download for free wherever you get your podcasts. #Hardball #MSNBC

According to The Daily Caller’s website, Matthews was accused of sexual harassment by an assistant producer almost two decades ago. She was allegedly paid thousands of dollars as part of a settlement by NBC.

The website has cited two sources and has claimed that the network paid $40,000 to settle her claim against Chris Matthews in 1999. NBC also reportedly paid a smaller but undisclosed amount as part of her severance package.

A Career of High Achievements

Born on August 9, 1953, in San Francisco, California, Kathleen Matthews’ age is 64. After completing her high school education, Matthews graduated from Stanford University in 1975.

In 2004, Matthews was a Fellow at the Institute of Politics at the John F. Kennedy School of Government at Harvard University. She also holds honorary degrees from the University of South Carolina and Chestnut Hill College in Philadelphia, Pennsylvania.

Kathleen Matthews began her career by working as a production assistant at ABC’s Washington DC affiliate, WJLA-TV, in 1976. She worked her way up and became a writer and reporter from 1982 to 1991, before anchoring until 2006 when she retired.

Matthews hosted and produced the nationally-syndicated Working Woman television show from 2001 to 2006 and was named “Washingtonian of the Year” by Washingtonian magazine in 2002 and as a “Woman Who Means Business” by the Washington Business Journal. She has also been awarded nine local Emmys and an Edward R. Murrow Award among other top awards during her career in journalism.

Serving the People of Maryland

In June 2006, Kathleen Matthews was appointed as the Executive Vice President, Global Communications and Public Affairs at Marriott International. Matthews oversaw and managed the company’s internal and external communications, including the global brand and corporate public relations, as well as corporate social responsibility and government affairs. She also was a co-chair of Marriott’s Executive Green Council before she resigned in March 2015.

In times of fear and frustration, let's focus on images of hope this holiday season. http://kathleenmatthewsforcongress.com/blog/hope-for-the-holidays/

Matthews then turned her talents to the public sector and served on the U.S. Travel and Tourism Advisory Board to the Secretary of Commerce. She also served on the boards of organizations like the U.S. Travel Association, the Economic Club of Washington, and the International Tourism Partnership.

Currently, Matthews is a member of the Democratic Party and serving a four-year term as the State Party Chair. She has promised to renew the state party infrastructure and pursue an “all-Maryland strategy” to recruit and support candidates.

A Passion for the Arts

Although there is not much information about Kathleen Matthews’ net worth, a few sources have stated that it is as high as $10.0 million.

The journalist-turned-politician lives in Chevy Chase, Maryland, with her family. Kathleen Matthews’ kids are named Michael, Thomas, and Caroline Matthews.

Despite being busy in her political career and taking care of her family, Matthews manages to find time to be active in her community and industry. She has served on the boards of Catholic Charities, Suited for Change, the Black Student Fund, Shakespeare Theater Company, Ford’s Theater, Nantucket Dreamland Theater, and the Nantucket Film Festival.

It remains to be seen how Kathleen Matthews will react to the accusation of sexual harassment that has been made against her husband. One thing is clear; whatever action she takes on this matter will undoubtedly be a well-thought-out one.

Greetings from the Old City of Jerusalem where I will spend the next several days meeting with Israeli and Palestinian leaders to better understand Israel's security threats and the politics of peace in the Middle East.