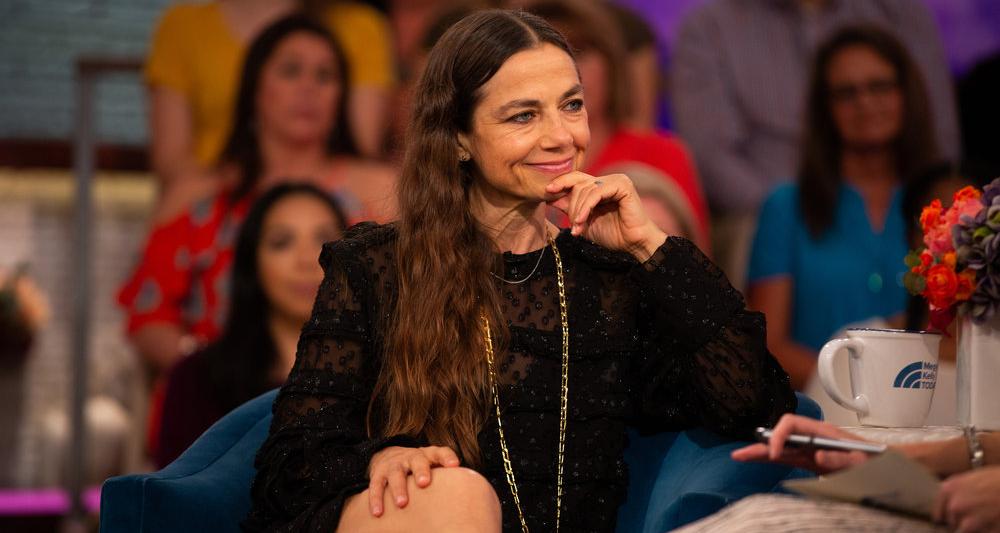 Justine Bateman is a known face in the Hollywood industry, and she certainly doesn’t shy away from embracing her ageing process. She recently appeared on Megyn Kelly Today, and many people are now wondering if Justine Bateman is sick because of her appearance. Well, she surely has a good answer for it. So, keep reading to find out!

Celebrities are constantly put under a lot of pressure to look good and maintain a certain lifestyle. And now that social media plays such a pivotal role in our lives, many celebrities get nervous when they approach 40.

It’s a known fact that many celebrities have gone under the knife to look younger and get rid of their fine lines. For example, Kris Jenner, Heather Locklear, Sharon Osbourne, and many other celebrities swear by the procedure.

However, many other celebrities prefer to age gracefully, like Jason Bateman’s older sis, Justine Bateman. She’s best known for her role as Mallory Keaton from 1982 to 1989 on the TV sitcom, Family Ties.

The actress and author recently appeared on Megyn Kelly Today to speak about her new book,  Fame: The Hijacking of Reality, which discusses the pitfalls of fame. And now, people are wondering about Justine Bateman’s health.

Many were shocked at the actress’ appearance on the show and think that Justine Bateman looks old now and may be suffering from health issues. But that’s not the case.

Justine Bateman, age 52, is simply choosing to age gracefully! She’s never been interested in going under the knife or having treatments to make herself look younger, like other aging celebrities.

Back in 2013, Bateman said in an interview, “I’ve never been interested in changing my face. I hear of those glycolic peels and the Botox and plastic surgeries and I am just, like, “Oh my God. I just could never do that.”

She Follows a Simple Beauty Regimen

Bateman also doesn’t like to spend too much time on makeup and her beauty regimen. She prefers wearing minimal makeup and has two eye pencils that she uses whenever she has to go out anywhere. And she uses creams instead of foundation makeup.

Bateman said, “I do use Kiehl’s and this skin cream called Restorsea because it makes my skin look nice and feel soft. I have even pulled some of the women who are my age who are going to college in to using it. I like that it works and it is not damaging my face in order to get there.”

The actress recently took to Twitter and tweeted about how no one should feel bad about growing old. In fact, her tweet implied that people should embrace becoming old gracefully.

Your face is smooth and unlined for just the first 1/3 of your life, the part where you have virtually no power. Don’t dilute your powerful subsequent 2/3 by deciding you look “old.” That’s bullshit.

Many feel self-conscious when they spot grey hairs or fine lines and begin to realize that they are aging. But instead of worrying about her looks or her age, Bateman likes to concentrate on her work and create an impact with it instead.

People agree with her and have expressed their opinions and views on it.

But there’s a reason people are assuming her looks might be due to something other than simply aging. Bateman battled eating disorders for 10 years before finally asking for help. She suffered from anorexia, bulimia and compulsive overeating at the age of 16.

However, she entered a 12-step program to recover and overcame her problem. Now, she’s healthy and concentrating on her work.

Many people feel that she looks old for her age. Meanwhile, others believe that she still has issues with her health.

Pale or dull skin is considered to be one of the signs of anorexia. That’s because the eating disorder ages you with the constant purging and deficiency in vitamins.

But Justine Bateman has conquered that battle years ago and is now reportedly healthy. She’s been busy with working on her career as an author and is now promoting her new book.