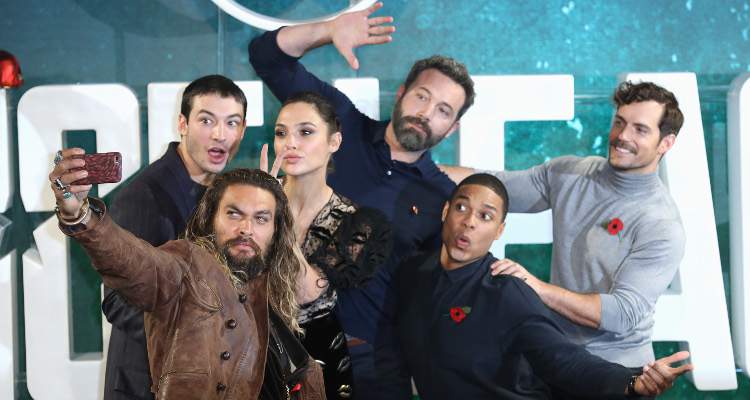 Just days before we see the Justice League in action, fans have already gone crazy over the sequel. Why? The Justice League post-credits scene has leaked online ahead of the mega-superhero flick’s theatrical release. And if it doesn’t make you go “Ermahgerd,” nothing will! If you’re looking for deets on the latest leak of Justice League and its all-star cast, you’ve come to the right place. Here’s what Justice League spoils for the future movies in the universe.

A Reddit thread dedicated to JL has gone wild over one of the two post-credits scenes leak. The most nail biting one in question is said to have been conceived by Zack Snyder, before he had to pull out of the movie following the death of his daughter. Joss Whedon took over as director and they retained this scene after the credits.

Snyder revealed a storyboard art display of the scene and the leaked video matches. As described on Reddit, the post-credits scene takes place in Arkham Asylum. As DC fans remember, Lex Luthor was sent to Arkham, which has a reputation for housing the worst Batman villains, who sometimes manage to find a way to escape.

While Luthor is in confinement, he meets Slade Wilson —a.k.a. the big bad Deathstroke (in full costume, too). And he makes Luthor a proposition for making a league of their own. That could only mean one thing: It’s going to be Justice League vs. the Injustice League, the notorious Luthor-Deathstroke villain organization from the comics! Are you freaking out yet?!

Avid DC fans will know that the villains of the Injustice League are opponents of the main Justice League heroes. We could possibly see Joker, Harley Quinn, Catwoman, and Poison Ivy in upcoming DC movies! Black Manta is one of Aquaman’s archnemeses and there’s word that the DCEU is setting up the conflict between the villainess, Cheetah and Wonder Woman! Meow!

We already know that Dwayne Johnson signed on to play antihero, Black Adam in the DC’s Shazam. Reports claim he would appear in the Suicide Squad sequel or fight the Justice League with Luthor and Deathstroke.

If you fail to see why the Injustice League is such a big deal, you’re drunk on CGI! There have been various superhero dream teams on the big screen, but none have taken on living, breathing gangs of villains. The Avengers and its sequels, Suicide Squad, and few more super flicks have all shown the heroes fight a CGI-generated single entity.

Fans are also sort of disappointed that Justice League’s big villain this time is a CGI-enhanced Steppenwolf. Each of the heroes have an established chemistry with their nemeses, and it’s hard to see that when you’re fighting CGI. So, our favorite heroes fighting a notorious band of real villains is what fans would die for!

Of course, we may be reading way too much into Luthor and Deathstroke’s little scene. The post-credits scene’s job is to hint at the next movie in the franchise and rev up excitement. With new Batman, Aquaman, and Suicide Squad movies on the way, this scene could connect to any of them, especially since we know Deathstroke is going to go up against Batman in a solo movie.

“I think I can speak for everyone in the League when I say that we’re extremely excited by the prospect of continuing this journey,” said Miller. “We don’t really know for sure, and we’re usually the last people to find out, but … each of the heroes in this movie has specific nemeses, and I think seeing some incarnation of the Injustice League (which includes Lex Luthor, Joker, Deathstroke and more) would be something that DC fans would be pretty stoked about,” he added.

As for the other post-credit scene, it’s just Flash and Superman having a race to decide who takes the League out for brunch. Wait… Superman is back? Did we spoil too much? #SorryNotSorry!